A FRENCH photographer has released a book charting the copycats buildings in China that replicate famous Parisian landmarks.

François Prost, a Parisian photographer, graphic designer and art director, travelled to Tianducheng, a small suburb in China built ten years ago that was modelled on his home city of Paris. 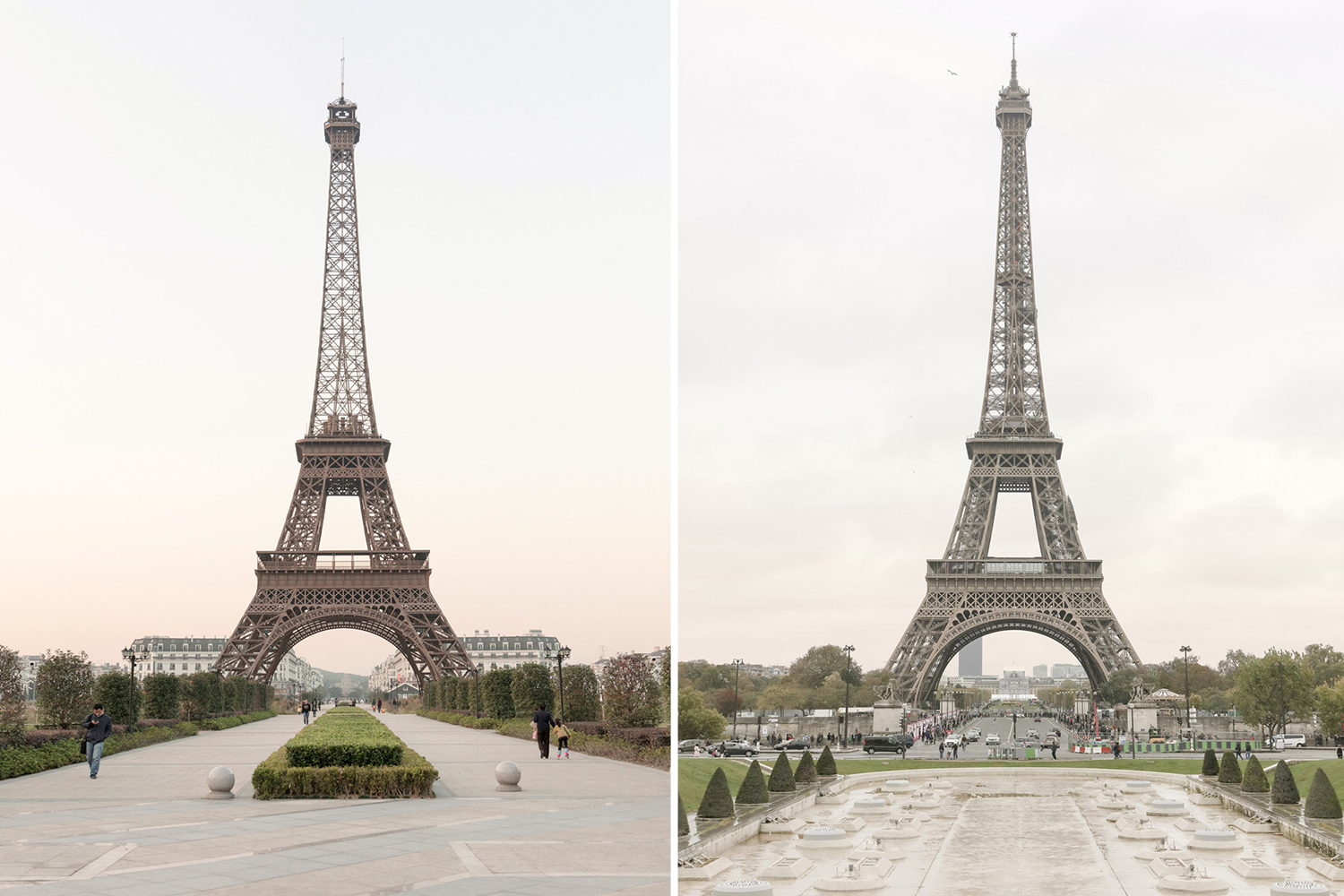 There, he found a a 100m high replica Eiffel tower, a park inspired by the garden at the Palace of Versailles garden and a number of other attractions including a fake Mona Lisa painting.

The pictures on the left are of the imitation landmarks in China and the images on the right are of the originals in Paris.

Mr Prost said of the suburb of the Chinese city of Hangzhou: "Renowned as a perfect decor for wedding photography, Tianducheng is first of all a pretty average inhabited suburb neighborhood for middle class people.

"[They live surrounded by] Parisian sculptures and fountains as they would live anywhere else in China.

"It used to be described as a ghost town a few years ago, but the population rose to 30,000 inhabitants in 2017 and is still growing. 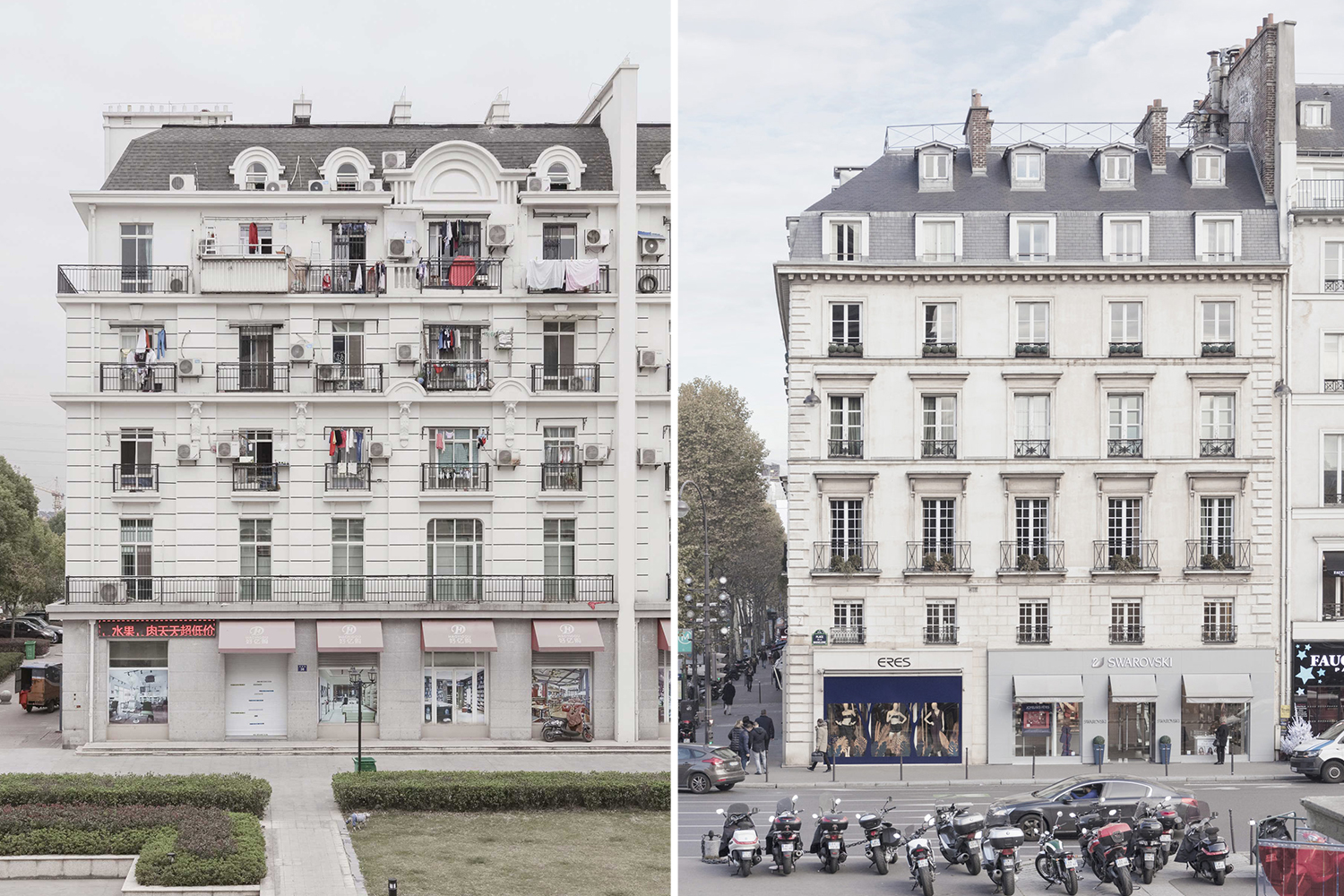 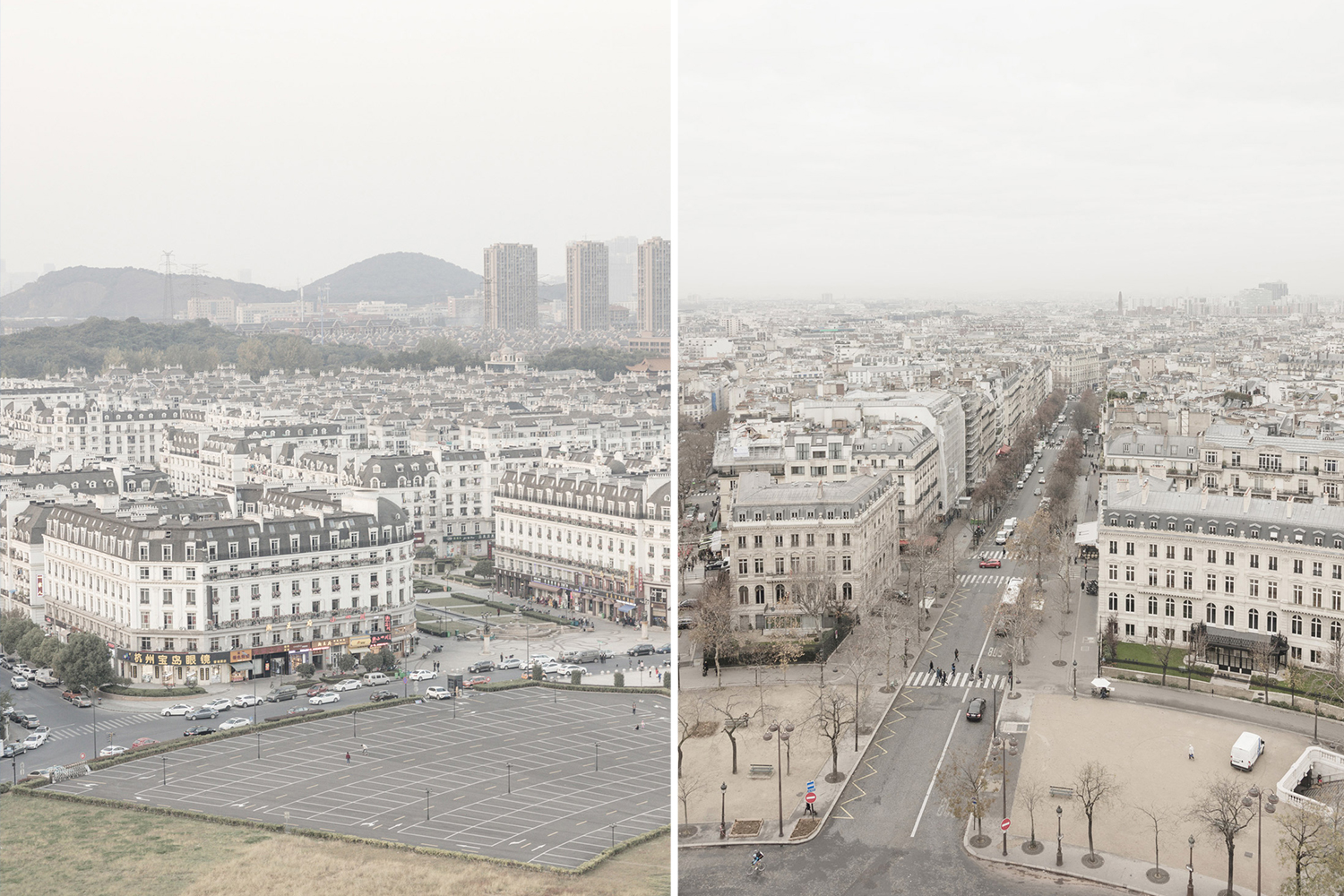 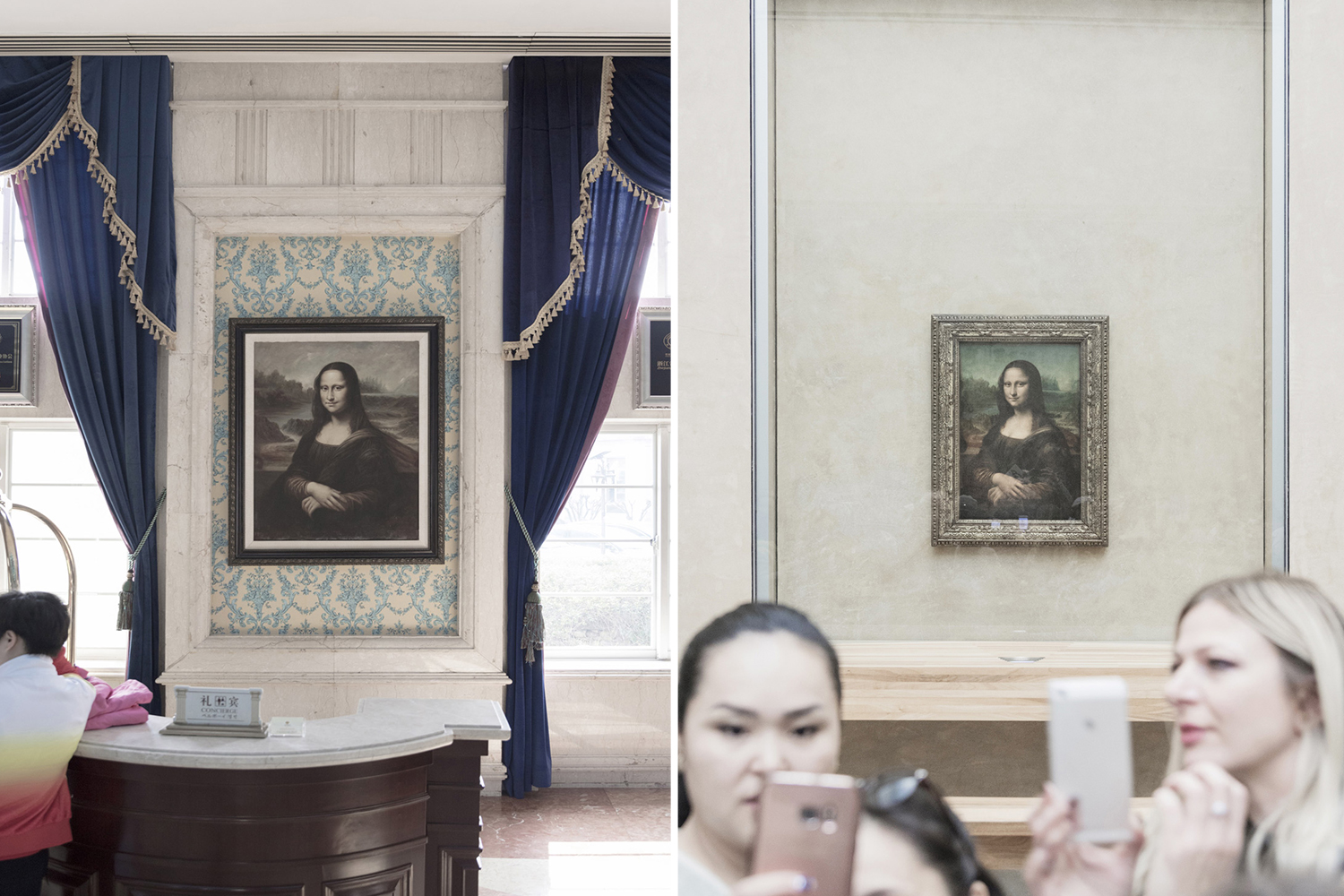 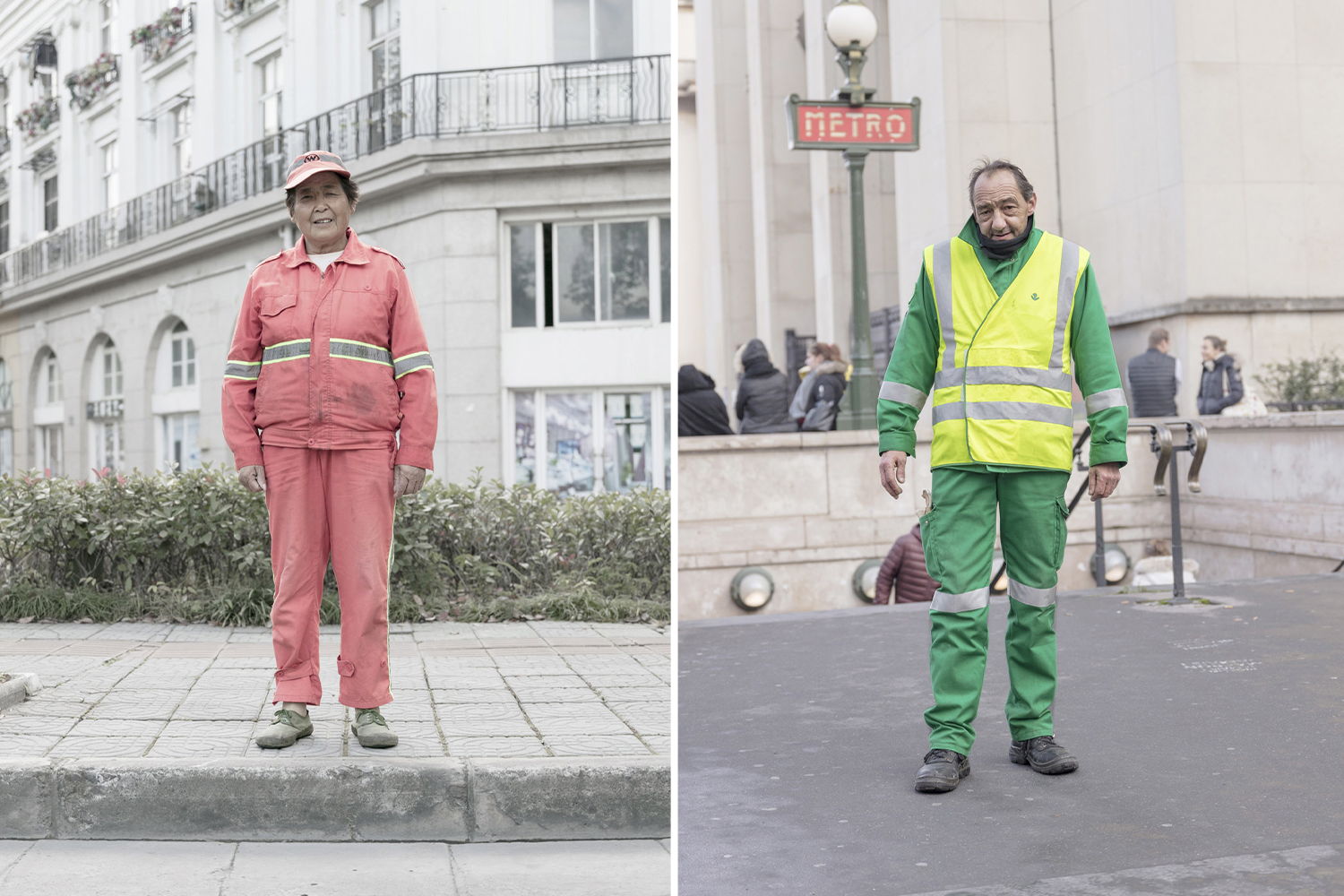 Mr Prost has also spent time photographing the similarities between the real Venice and replicas in Las Vegas and Hangzhou, China.

China didn’t just copy the Eiffel Tower, they also have an Austrian town, London's Tower Bridge and the Greek Colosseum.

The mock-up of Tower Bridge, built across a river in the city Suzhou stands 131 feet tall and is the spitting image of the famous bridge in the capital of the United Kingdom.

The latest project is a £160 million building of a life-sized copy of the Titanic in China's Sichuan province, which started work in 2016. 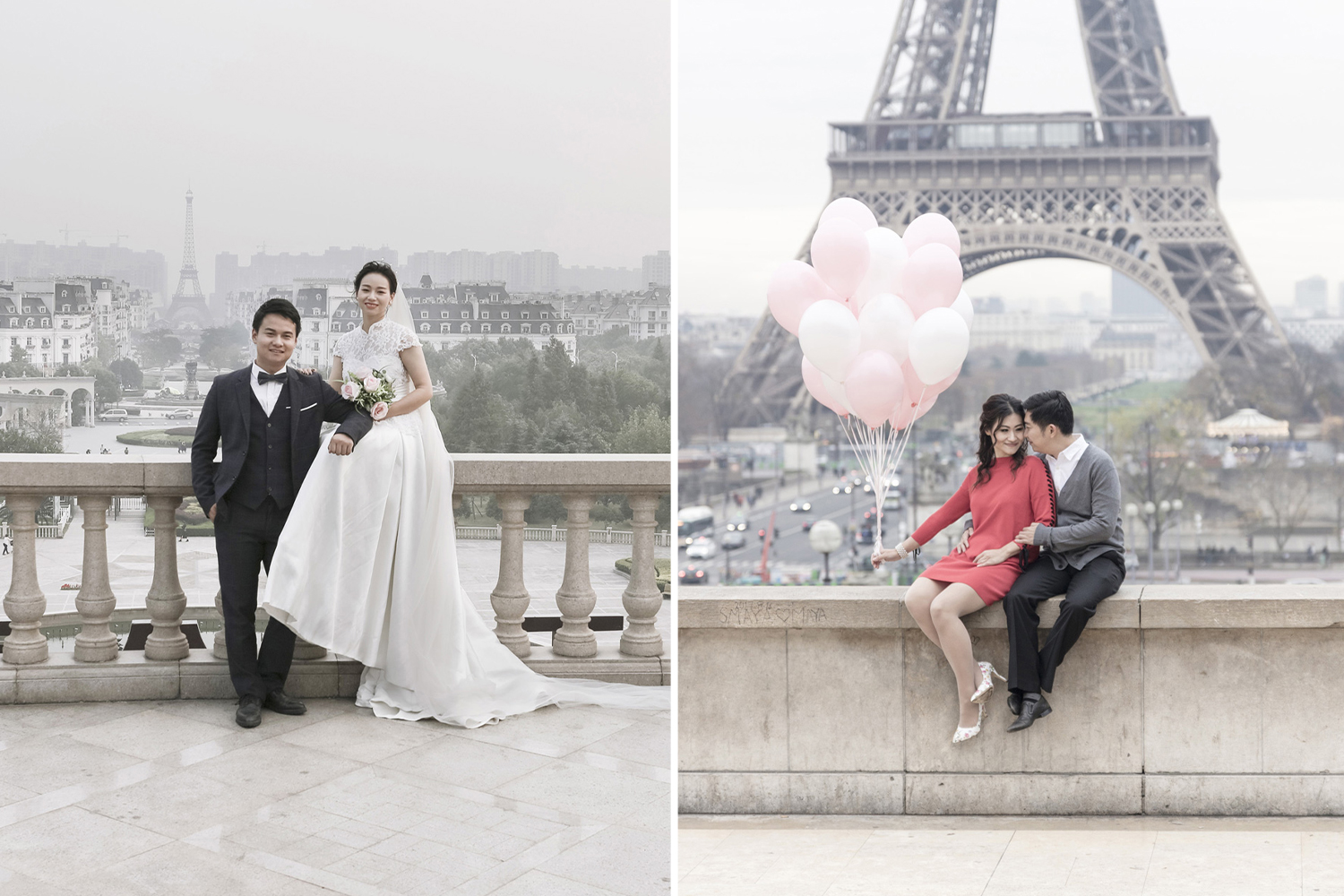 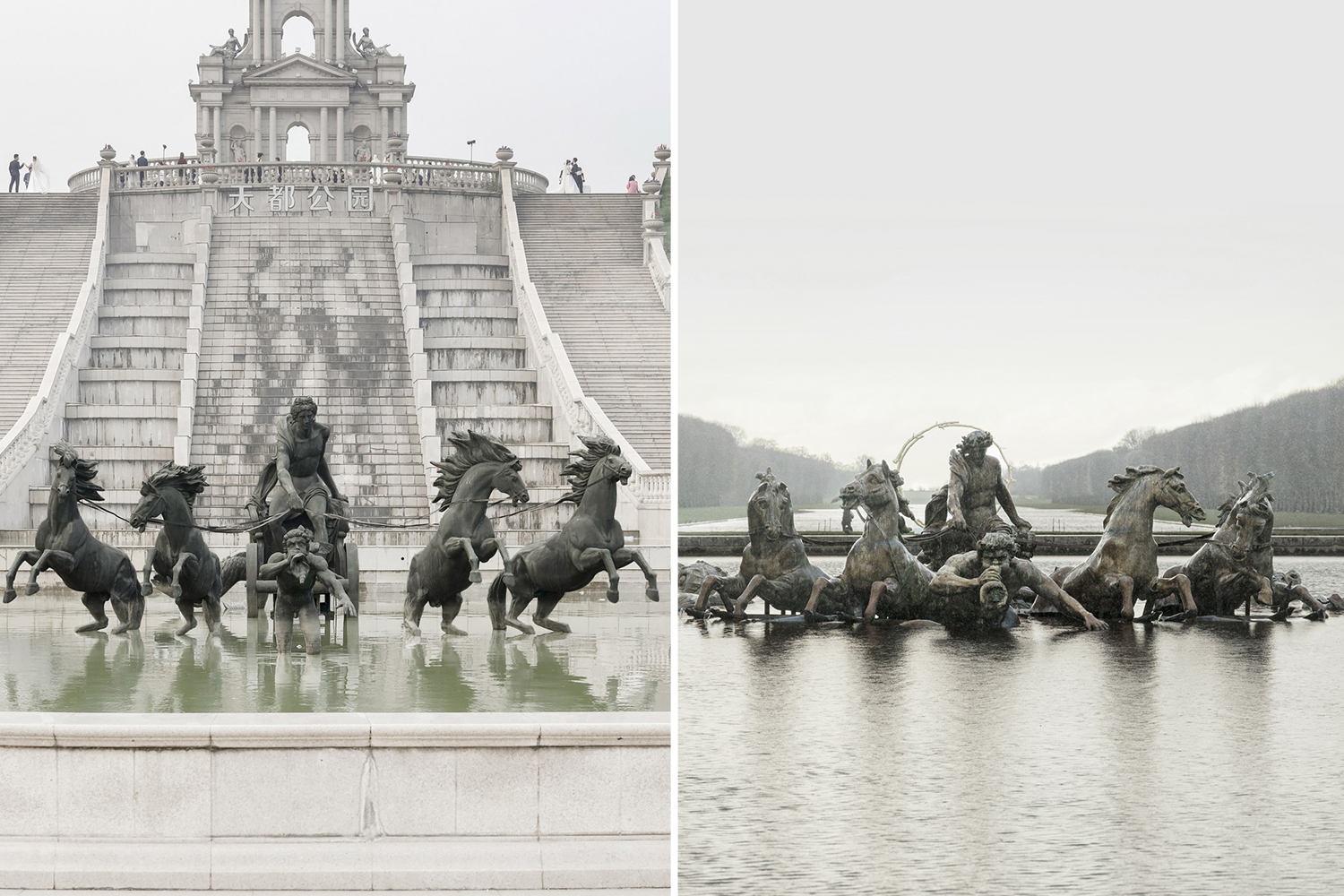 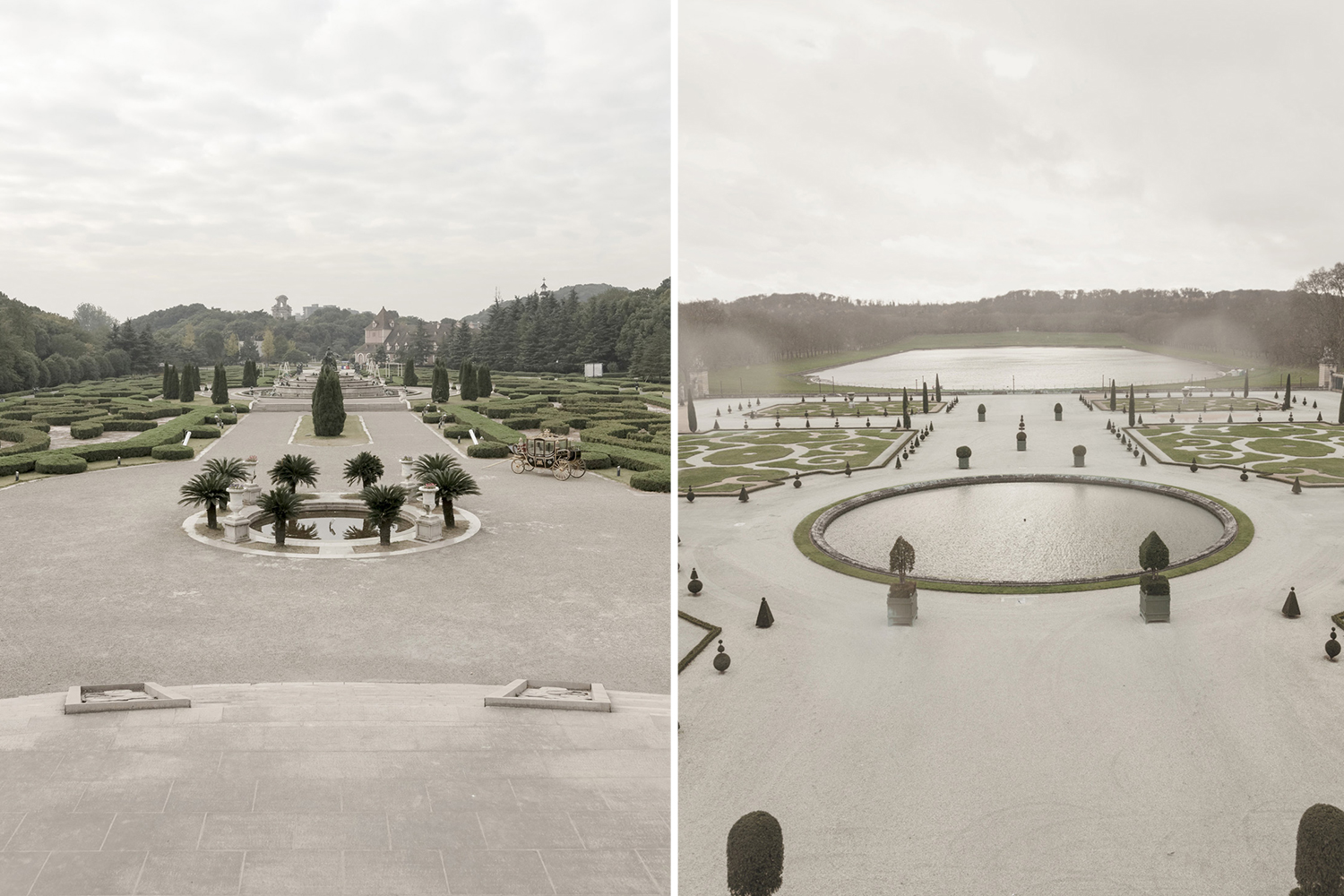 In 'Thames Town,' a town near Shanghai, visitors can walk along cobbled streets and make phone calls from quintessentially British red telephone boxes.

Meanwhile, Anting German Town is a fake town on the edge of Shanghai that looks like the more modern districts of Stuttgart or Kassel.

Jackson Hole is a resort town in Hebei Province, China, that is a replica of the Jackson Hole in Wyoming, USA, with plenty of log cabins and Navajo rugs.

Italy also features in China, with a retail park called Florentia Village near Beijing featuring a Grand Canal with gondolas.

Paris, China by François Prost is published by Hoxton Mini Press for £8.95.