Whether you’re heading to the island as a family, in a couple or with friends, there’s a huge variety of different resorts to choose from at bargain prices. 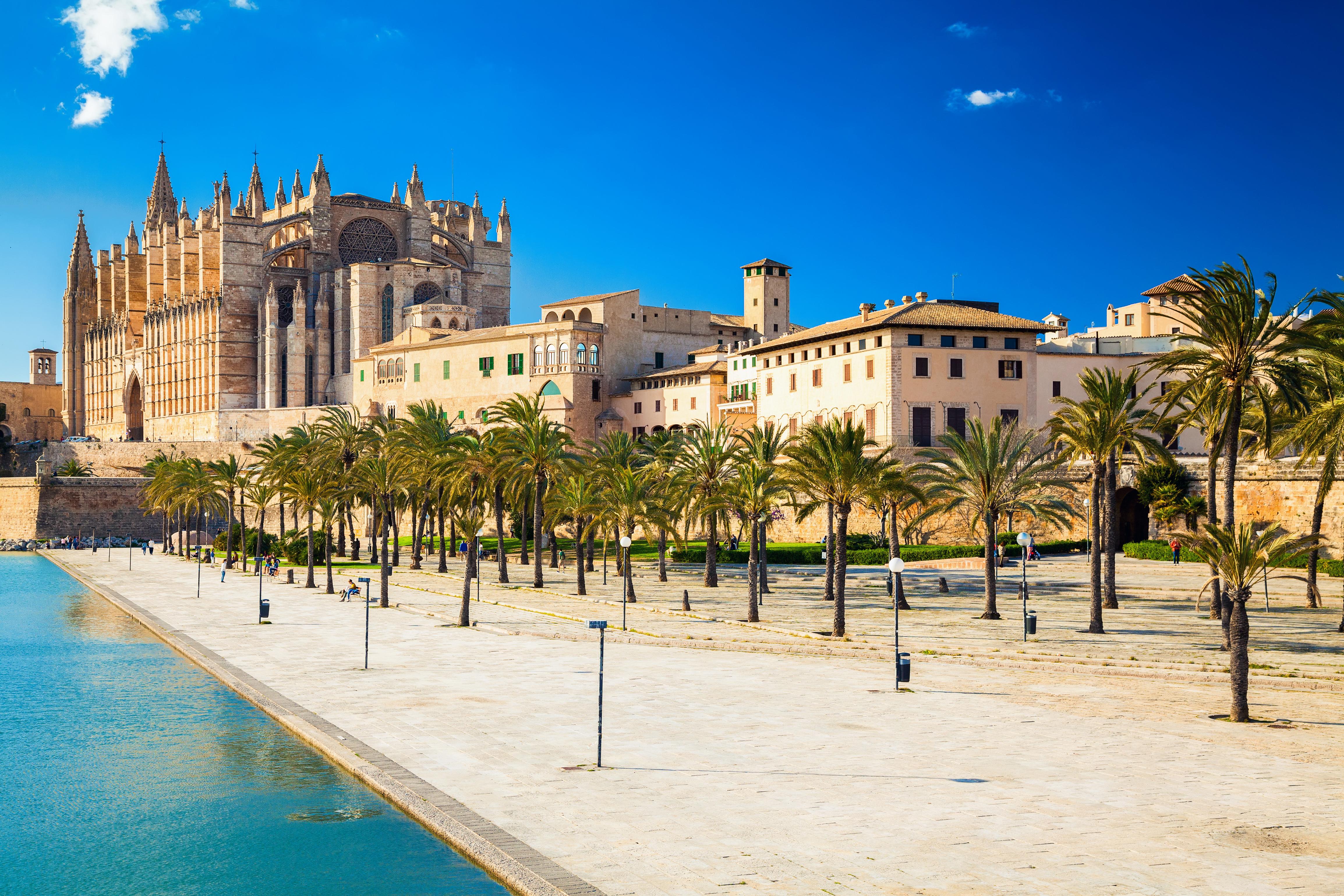 From the famous party resort of Magaluf to the family-orientated beaches of Alcudia and Puetro Pollensa, check out our guide of the best places to stay in Majorca and the cheapest deals there.

Palma – for culture and sightseeing

Palma itself is a great spot for a week away, where you’ll find cobbled streets and a Gothic cathedral that will look great on Instagram.

The city is the capital of not just Majorca but the whole of the Balearic islands and has historic and modern architecture to impress. 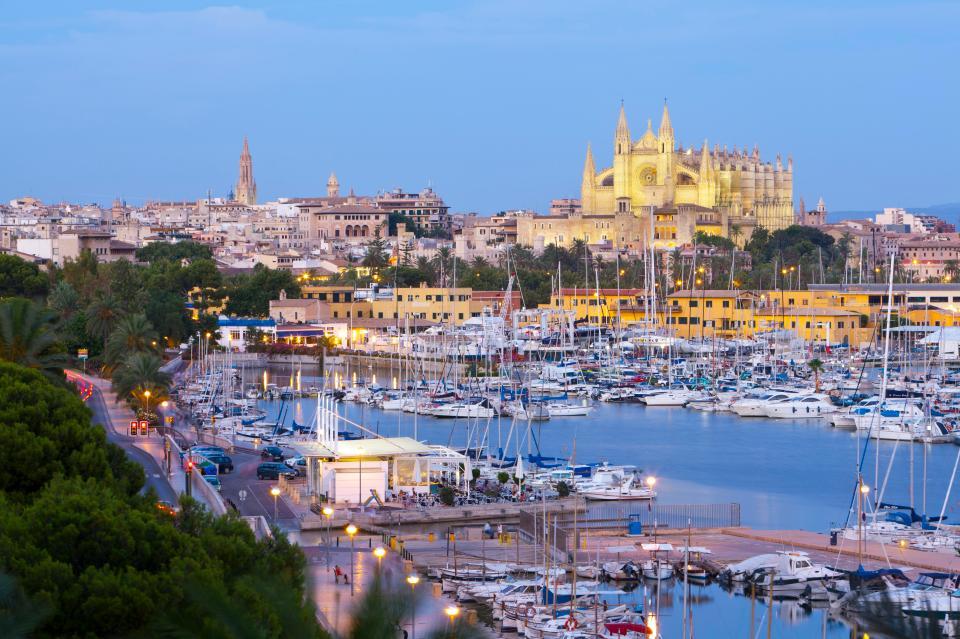 Palma is also home to bars and clubs and is one of the main spots to head on the island for a party.

Head to La Lonja for cafes, bars and restaurants, and soak up the atmosphere in one of the city's pretty squares with cocktails and tapas.

Have breakfast at the hipster favourite La Molienda, which serves up porridge and avocado on toast, before heading out for the day.

The city is relatively compact, so easy to explore on foot. Make sure to check out the Es Baluard Museum of Modern and Contemporary Art to check out works by Picasso and Miro.

Alcudia – a family resort with an historic Old Town 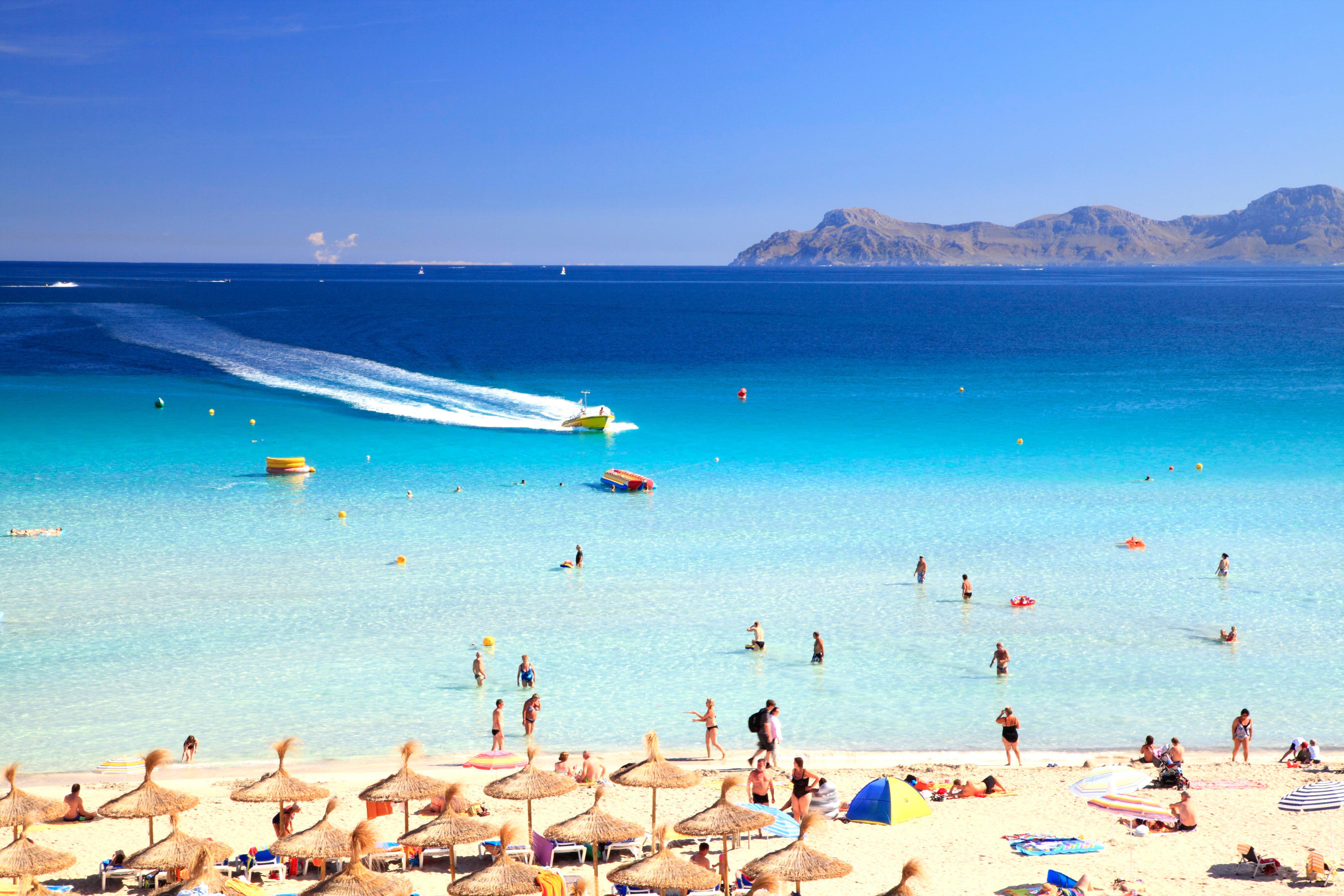 Head to the resort of Alcudia in Majorca for a family-friendly destination with Blue Flag beaches and golden sands.

Waters are calm and clear, and there's also the nearby S'Albufera nature reserve for those who want to do some bird-watching.

But there's still diversity within the resort, from the harbour to the lively strip at Bellevue and the quieter Playa de Muro.

Alcudia's Medieval Old Town dates back to the 14th century and is now a very good spot for walking around and sightseeing.

The town is also known for its markets where tourists can pick up leather goods, which the town is especially well known for.

Nearby families will find the town's Hidropark for a day out on the flumes and slides. Originally a fishing village, Puerto Pollensa on the northern coast of Majorca is quiet and laid back for couples, and is a good spot to head to if you want to chill out, away from the crowds at resorts such as Magaluf.

There's a big selection of beaches, such as Port de Pollensa, which is good for watersports.

Or check out D'Albercruix, which is just off the Pine Walk, a beach with nature surrounding it and shallow water for little ones.

Active types will like the area as there's lots of walks on offer, such as that at the Boquer Valley, with views out over the Med. 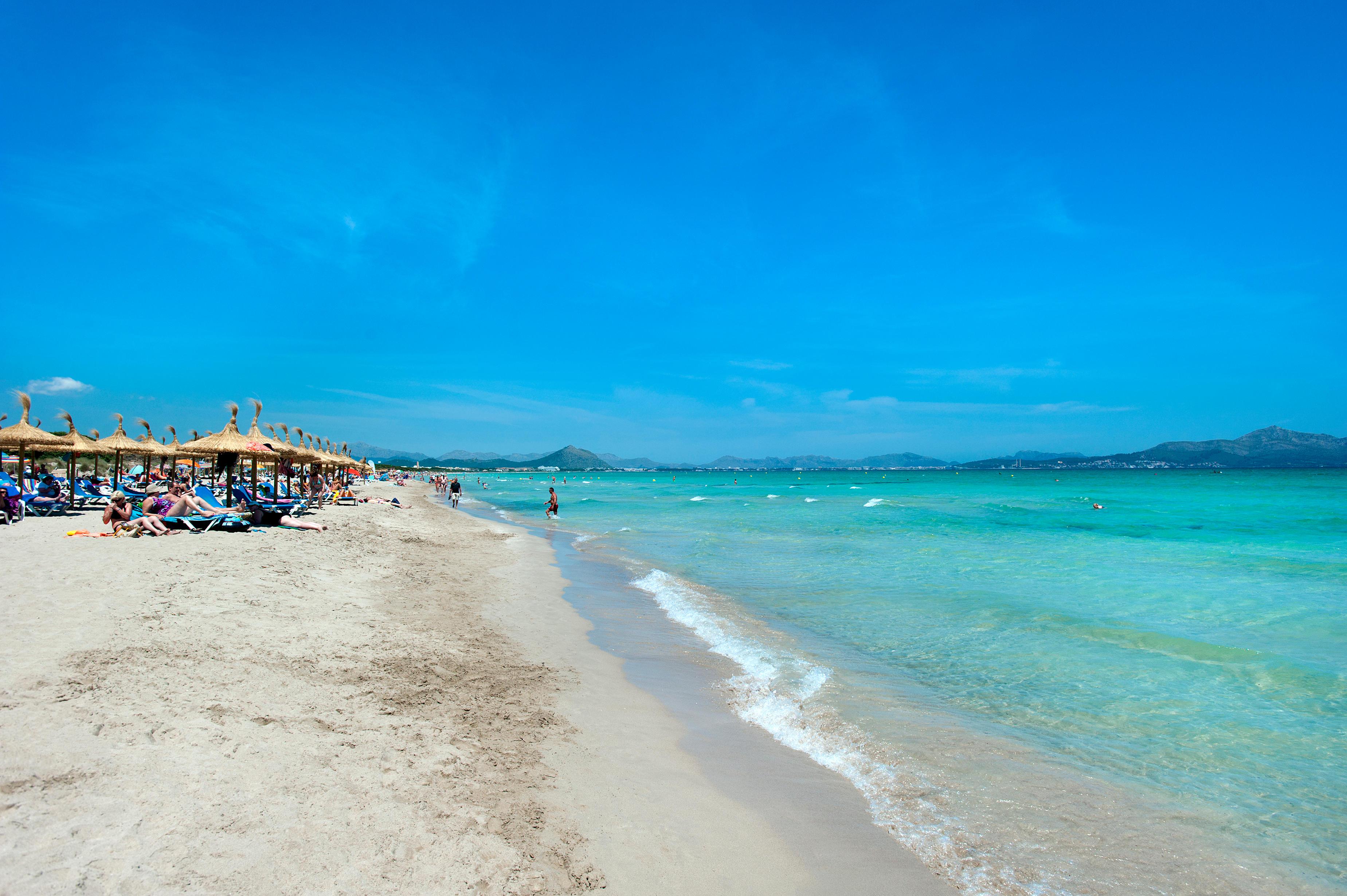 C'an Picafort doesn't just have beaches, it also has nightlife within easy distance, making it a great choice for families who also want to have fun in the evening.

Central C'an Picafort has bars and clubs, as well as fish restaurants, and is also in easy reach of Alcudia.

The area has several family beaches, including the main beach, which has banana boats and paddle-boarding.

You can also check out the nearby archaeological sites of the Son Real Necropolis.

This is a site of over 100 tombs that date back to the Talaiotic period, during the Iron Age – where the sea laps at the ancient graves. Magaluf has a reputation for its party atmosphere and is the place to head to for those who want clubs, partied, cheap booze and boat parties.

From foam parties to karaoke and stag and hen dos, Magaluf isn't going to be relaxing – but it will be lots of fun.

The resort also has long, sandy beaches lined by palm trees where jet skiing and banana boars are on offer.

The perfect hangover cure is a day out at the Western Park waterpark. 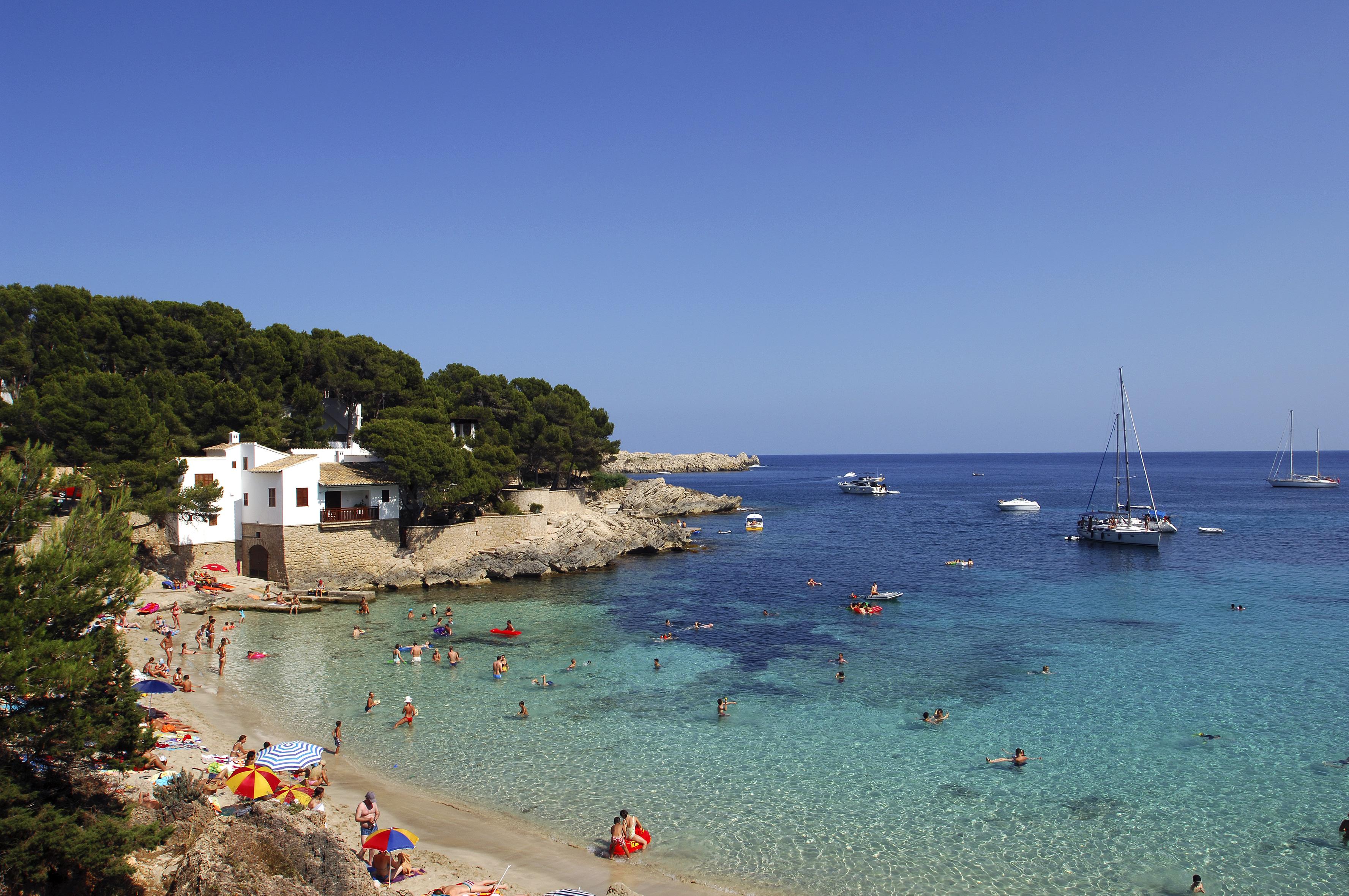 This town in the north of Majorca has a rocky coastline and many pretty beaches to boot.

Originally a 17th century fishing port, there's still a lot of fishing in the area for fans of seafood, with a lively restaurant and bar scene.

Head up to the 19th century lighthouse at Punta de Capdepera for a walk, and check out the views across to the neighbouring island of Menorca.

Sa Torre Sega is a villa with botanical gardens and a sculpture park with works by artists such as Henry Moore and Rodin as well as local Spanish artists.