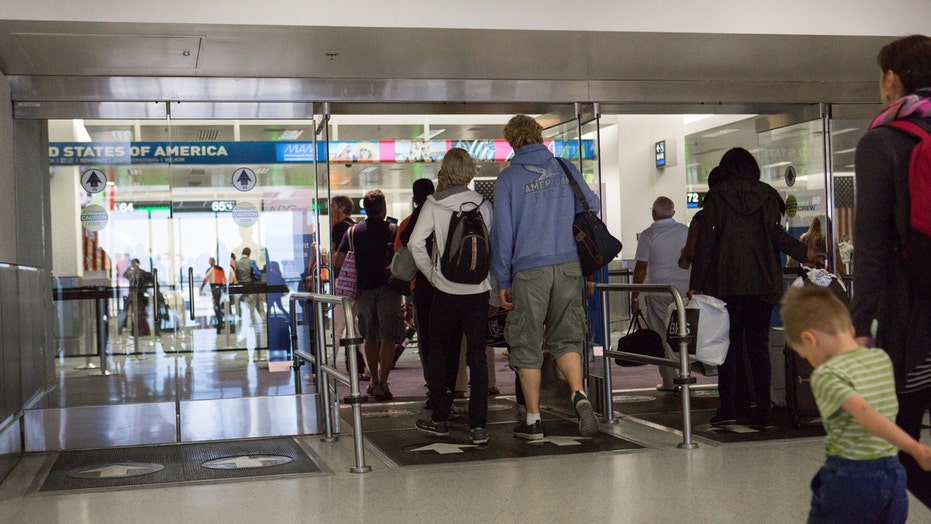 Travelers to the U.S. from overseas Friday were experiencing delays in passing through customs at major airports due to a technology outage affecting U.S. Customs and Border Protection (CBP) stations.

"CBP is experiencing a temporary outage with its processing systems at various air ports of entry & is taking immediate action to address the technology disruption," the agency said on Twitter shortly after 5 p.m. ET. "CBP officers continue to process international travelers using alternative procedures until systems are back online."

"CBP officers are working to process travelers as quickly as possible while maintaining the highest levels of security."

CBP added that they were processing passengers manually.

One passenger at Dulles posted a video of masses of travelers waiting in snaking lines to reach immigration processing counters at the airport.

"Easily 5,000+ passengers in line at Dulles," she estimated.

A spokesman for the Metropolitan Washington Airports Authority told Fox News that the agency "about 3:30 p.m. EDT that Customs and Border Protection was experiencing a nationwide computer issue affecting their ability to process arriving international passengers, including at Dulles International Airport … Airport operations remain normal at this time."

Another passenger arriving at JFK said "The system is allegedly down including global entry. It’s hot. No air. In a narrow hallway. People were backing up on the escalator and falling over each other."

Officials at Los Angeles International Airport tweeted Friday afternoon that that CBP systems "are experiencing an issue which appears to be impacting multiple airports including LAX. Officers are processing passengers manually so please check with your airline for the latest status of any flight impacts."

Shortly after 6 p.m. ET, the airport tweeted that systems are slowly getting back to normal and officers have processed the majority of waiting passengers at LAX with no significant impacts to flights.

"Thank you for your patience."

Fox News' Alexandra Pamias and The Associated Press contributed to this report.