A CARNIVAL Cruise ship has been spotted spewing clouds of black smoke from its funnel while docked in the Bahamas.

The two-minute video comes just one month after Carnival was fined millions of pounds for air and water pollution. 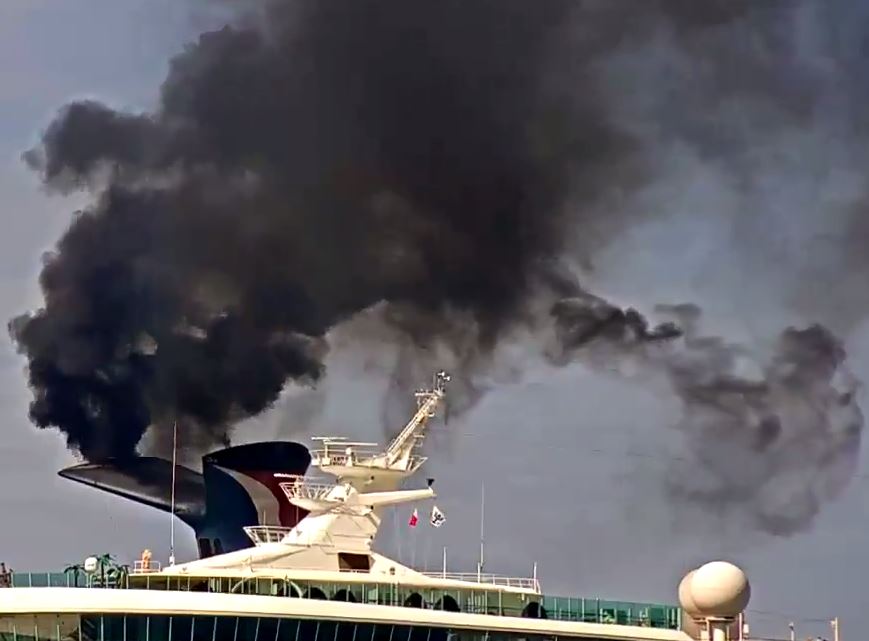 The video, taken on July 28, was filmed via a webcam near the port of Nassau in the Bahamas.

The caption says: "#CarnivalVictory 'no smoke without …?' Hard to imagine anything good happening here. "

At first the smoke appears to be coming from the Royal Caribbean ship, but on closer inspection it is the Carnival Victory cruise liner hidden behind which is emitting the black clouds.

It’s unclear what is causing the smoke, as the ship appears to be docked. 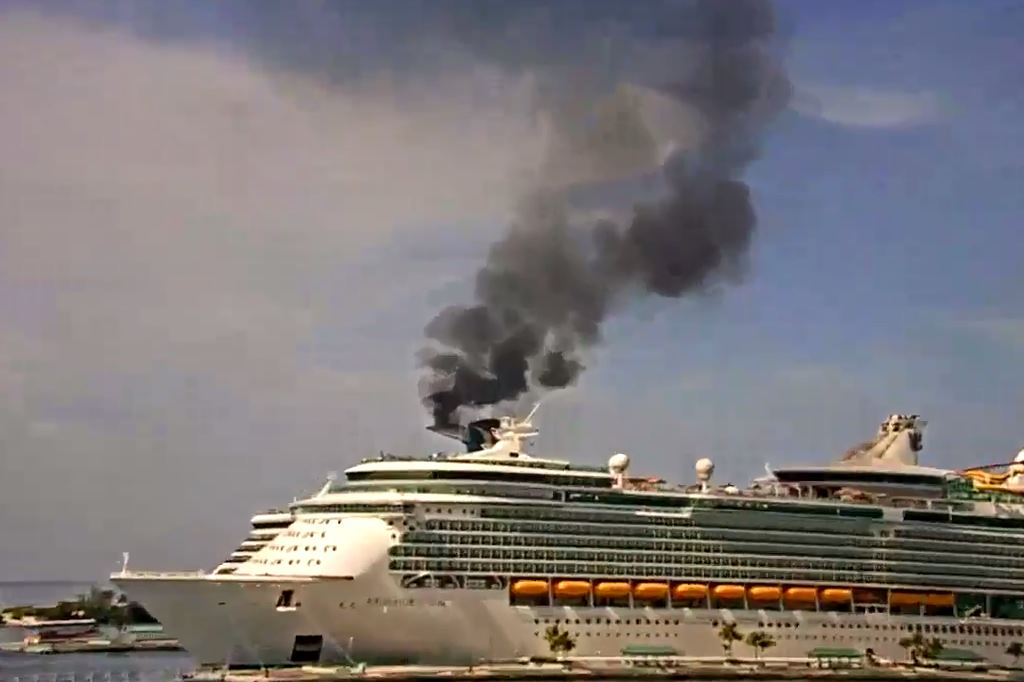 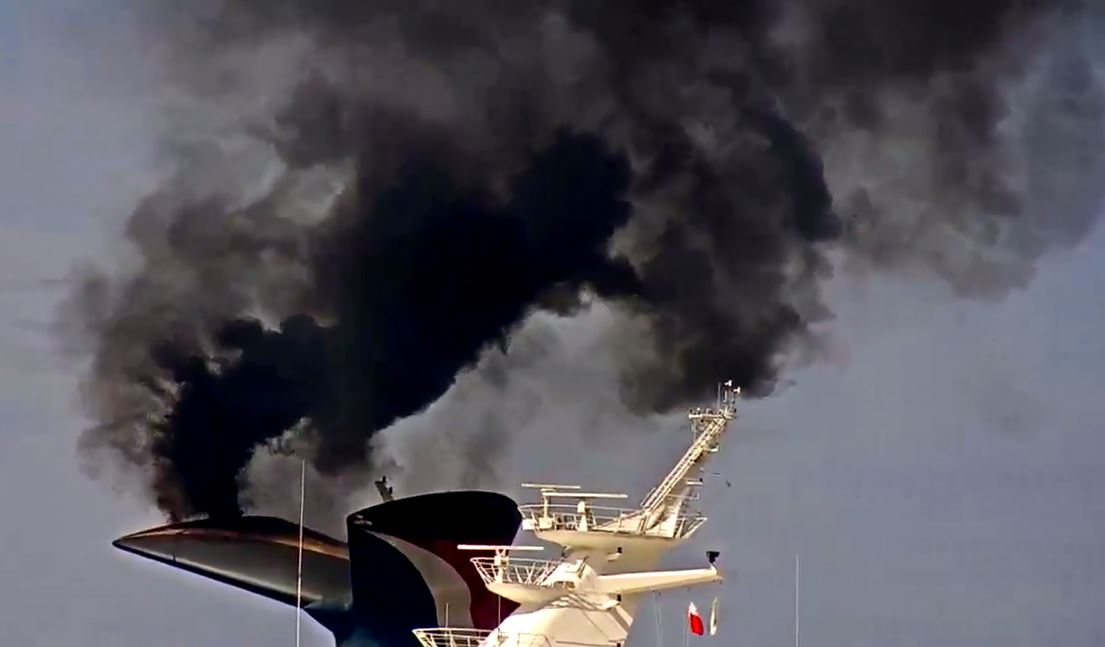 Social media users were conflicted over what it meant.

One person said: "Someone added: "Love cruising, but scenes like this make me really feel guilty."

Another person remarked: "These kinds of things happening are going to eradicate the cruise industry. "

However, an 'expert' seemed to explain they thought was happening : "Coming from a mechanic's point of view, it looks like they may have had some engine issues they were dealing with and it is burning way to much fuel. Which is why the smoke is so black, just like diesel trucks when you see them "rolling coal" as it is called."

According to boat website Boats.com, black smoke is caused by "excess, unburned or partially combusted fuel, or conversely by inadequate air supply to your engine."