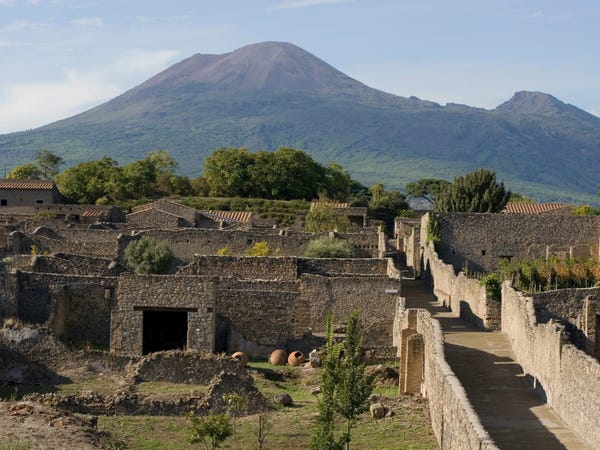 When a Canadian tourist visited Pompeii back in 2005, she was so taken by the site that she decided to bring some souvenirs home with her. But instead of heading to the shop, she stashed five artifacts from the Italian ruins and flew back across the Atlantic Ocean.

Now, 15 years later, she's sent them back, claiming that she's suffered a "curse" since she stole the historic relics.

"I was young and dumb," she wrote in a letter in cursive on binder paper, as seen in a photo posted by Italian newspaper Il Messaggero. "I wanted to have a piece of history that couldn't be bought. I never thought about what I was actually taking. I took a piece of history captured in time that has so much negative energy attached to it. People died in such a horrible way and I took tiles that related to that kind of destruction."

The woman, identified only as Nicole, sent the letter to the Archaeological Park of Pompeii with two white mosaic tiles, two amphora vase pieces, and a ceramic wall piece, according to CNN.

The letter went on to describe the negativity that has come into her life since the objects have been in her possession. "Bad luck is something that has plagued my family and myself ever since," she continued. "I am now 36 and have had breast cancer twice, the last time resulting in the double mastectomy. My family and myself have also struggled ever since financially. We can't seem to ever get ahead in life."

Sitting at the foot of Mount Vesuvius, Pompeii was destroyed by the volcano's eruption in 79 CE. The quick-moving lava covered the city in almost 20 feet of ash, preserving much of the ruins below it.

A spokesperson for the historic site told CNN that over the years, about 100 tourists have sent back items they stole, citing bad luck. In fact, they've put some of the letters and returned items on display in the Pompeii Antiquarium.

Like the others, Nicole hopes her action will be able to change the course of her life. "We are good people and I don't want to pass this curse on to my family, my children, or myself anymore," she wrote. "Please forgive my careless act that I did years ago. I really have learned my lesson."

This isn't the only kind of bad tourist behavior that has occurred at Pompeii. In 2018, a travel blogger bragged in an Instagram photo about sitting on top of an ancient pillar — an act that is both forbidden and disrespectful.