The REAL spirit of Christmas! Entrepreneur creates the first advent calendar that donates to a different CHARITY for every door you open

The last couple of years have seen alternative advent calendars, including beauty, food and booze calendars, become popular for adults.

But Kristina Salceanu, 26, from Warwickshire was thinking of others when she created the first charitable advent calendar, called Advent of Change.

The young entrepreneur is hoping to make a big difference this Christmas, after launching the ‘first of its kind’ calendar – which sees cash being donated to a different charity on each day of the festive countdown.

Instead of finding a chocolate or a beauty product behind each door, you’ll find 24 different charities ranging from from The Blue Cross to Great Ormond Street Hospital, the Refugee Council to Crisis and the Marine Conservation Society.

The charity calendar, priced at £27.95, has already been backed by a host of celebrities, including Sir Richard Branson, BBC radio presenter Chris Evans, and model Vogue Williams. 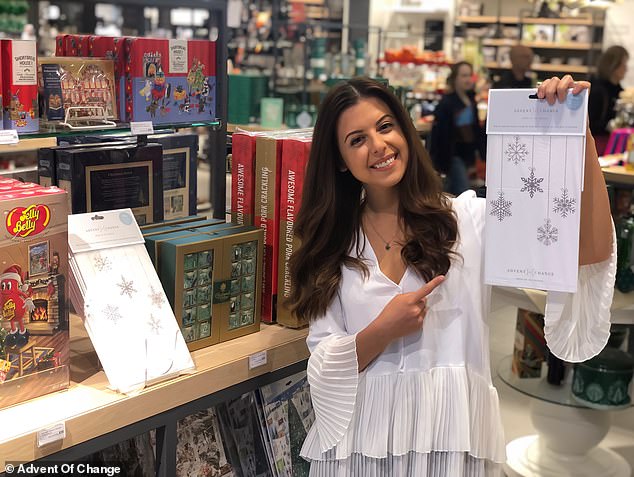 Kristina Salceanu, 26, from Warwickshire, has created the first charitable advent calendar called Advent of Change, which donates to 24 different charities in the run-up to Christmas

Kristina came up with the idea just nine months ago after she began volunteering for a local charity, as well as juggling a full-time job in marketing.

The young entrepreneur secured charities in quick succession, covering a range of different sizes and causes, with John Lewis & Partners agreeing to stock the advent calendar in all shops throughout the country and online.

The calendar allows you to make £1 to each for every calendar you buy, with 85 per cent of the money you pay being divided between each of the 24 charities. The remaining money goes back into creating more calendars.

The money raised will be spread across a number of causes, including children, animals, the third world, healthcare, refugees and the environment. 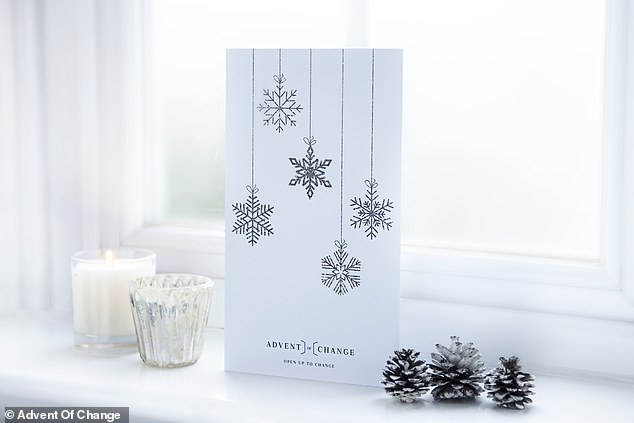 The calendar retails at £27.95, with each door representing a charity.  A donation of £1 will go to each charity, including The Blue Cross to Great Ormond Street Hospital

Kristina’s initial goal was to sell 5,000 calendars which would raise £100,000 for charity, but it quickly became clear that Advent of Change had the potential to sell many more than this, so put the plans in place to create 25,000 calendars.

She explained how she came up with the idea of starting volunteering for a charity, where everyone  was talking about the craze for beauty and food calendars.

‘I was looking for ways to help – but didn’t know how to – and in this busy modern world there was no “easy” way to do this,’ she explained.

‘The product was born from an interest in merging these two ideas – giving people an easy and “Instagrammable” mechanism to give to charity, in a way that was really on-trend and appealed to the current market.

‘I quickly realised that a charitable advent calendar didn’t seem to exist in this way, and that the idea was unique.’ 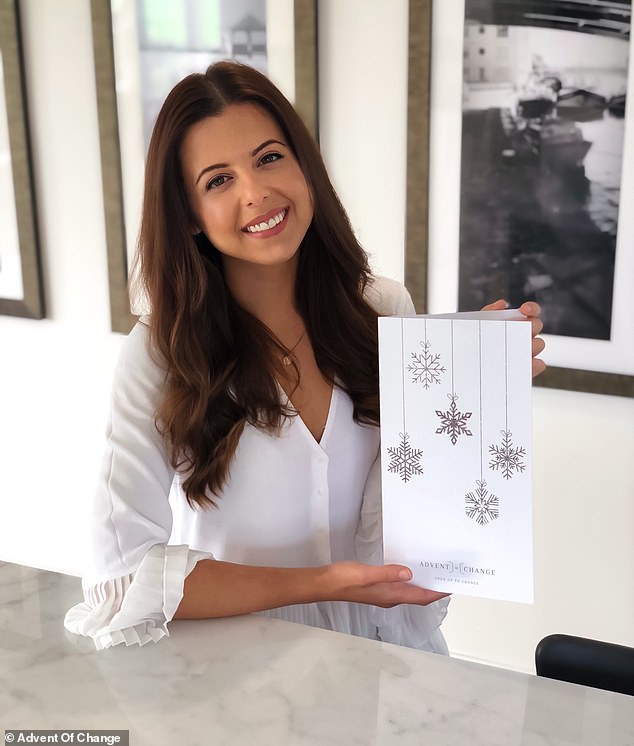 Kristina (pictured with the calendar) has the backing of celebrities such as Sir Richard Branson, BBC radio presenter Chris Evans and model Vogue Williams 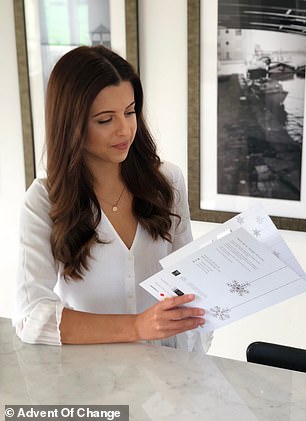 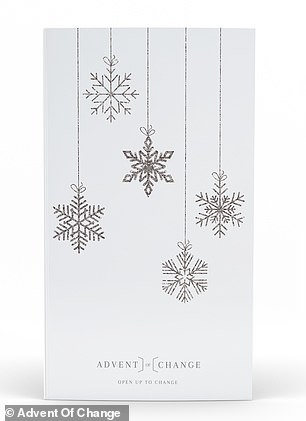 Kristina (left, with the calendar) came up with the idea just nine months ago after she began volunteering for a local charity, and realised that a charitable advent calendar didn’t exist. She created her own Advent Of Change calendar (right)

Kristina explained how it has spend the past year working hard to bring her vision to life.

She said: ‘It’s been a crazy year, with lots of hard work and late nights trying to get the project off the ground, at the same time as juggling a full-time job. The support and passion from everyone has really kept me going and motivated me to make this a success.’

As well as the likes of Sir Richard Branson, she has also secured the backing of the likes of Love Island star Jack Fowler and veteran actress Virginia McKenna.

Speaking about the support she’s had for the calendar, Kristina added: ‘The response so far has been staggering and I can’t wait for it to start changing the lives of those who need it most.

‘I’m so grateful for all the support we’ve received so far – here’s to changing the world together!’

The charitable calendar, priced at £27.95, can be purchased from the Advent of Change website and at John Lewis.