The packs are £1 for 120g, which is also actually cheaper than other Smarties packs. 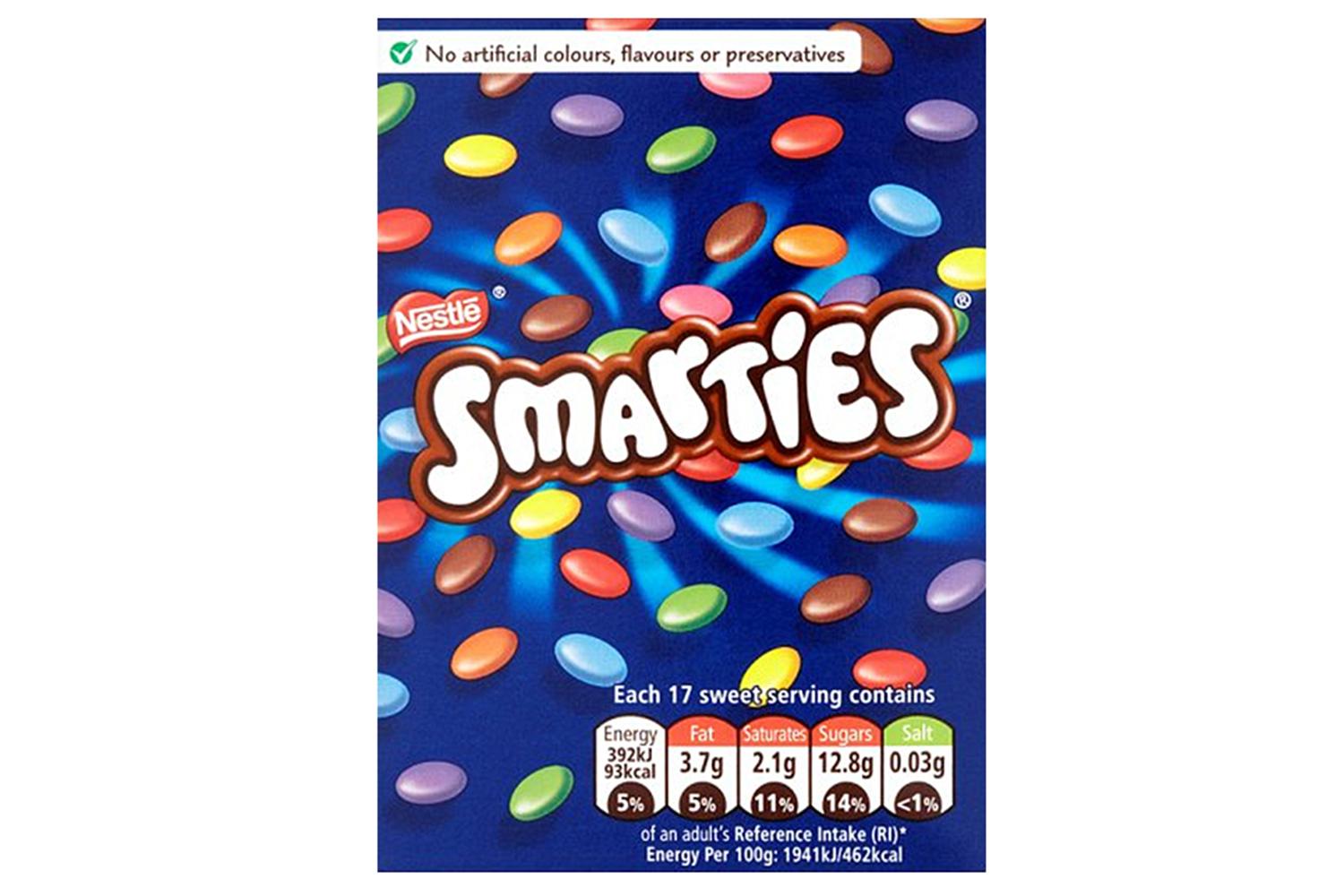 Each pack contains all the eight colours, and they're recommended to serve six people (giving everyone 16 sweets per serving).

But we're not sure whether we could possible resist munching on more, so we won't judge it you can't stop either.

As always, Smarties contains 462 calories per 100g, meaning they're not the healthiest snack around.

But these packs are actually cheaper than other packs of Smarties at Tesco as well as other supermarkets.

For example, Tesco sells a Smarties pouch bag for £1.50, compared to Asda's and Morrisons' prices of £1 but these are a bit smaller at only 118g.

In other words, you get more chocolate for your money by going for the nostalgic option.

If you're also looking for something festive for Christmas, Tesco is selling 3D Smarties advent calendars but they're quite expensive.

In other festive news, Asda is selling tubes of 'Rudolph's noses' red Smarties for only £1.

McDonalds has also brought back its Smarties McFlurry, but it's only available until next weekend so you'll have to be quick to be able to enjoy it.