A newlywed has been slammed as ‘tone-deaf’ ‘ignorant’ and ‘stupid’ after posing with a ‘Brides Lives Matter’ sign at her wedding.

The post comes amid protests against racial injustice across the world, sparked by the killing of George Floyd by a white police officer in Minneapolis. 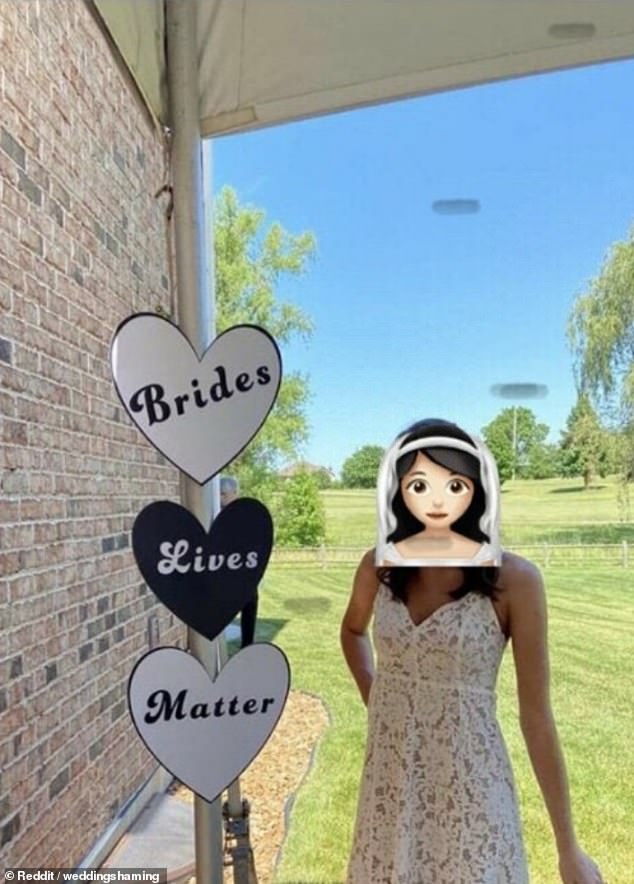 A photo of the anonymous woman, believed to be from the US, was shared to the subreddit r/weddingshaming and crossposted to the Facebook group ‘ that’s it I’m wedding shaming’ where users branded her ‘racist’ and ‘insensitive’ for belittling the Black Lives Matter movement

‘I think this very well may be the worst thing I’ve ever seen on this sub’ said one Reddit user.

‘Oh yes… they can be tone-deaf and extremely self-centred’ added another.

‘I wonder if that means she’ll make her guests risk Covid infection!’ comment a third.

‘Someone “designed” this.  Someone printed it. Someone set it up . The bride stood next to it. Someone took the picture. It means between two and five people thought this was a good idea. I don’t want to live in the same world as them,’ a fourth argued.

‘Oh god, finally someone is standing up for that oppressed group in society, the brides, who have to live their lives in fear every single day. Thank god for this one brave soul, speaking up for the lives of brides everywhere!’ joked a fifth. 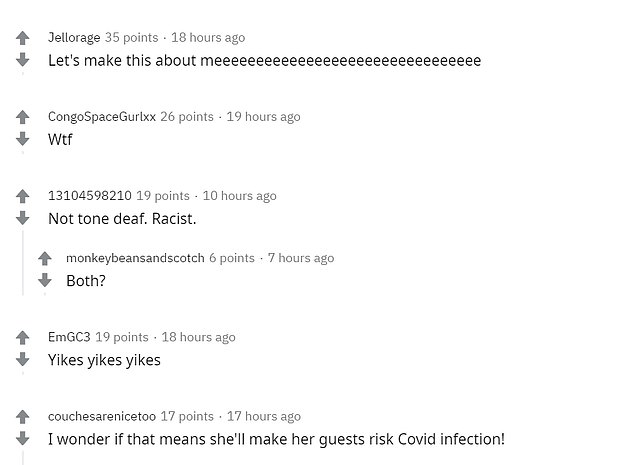 ‘Imagine not just having a wedding during covid but posting that, UGH!’ wrote one.

‘I HATE this person’ added another, while a third commentd: ‘OMG, NOT OKAY!’ 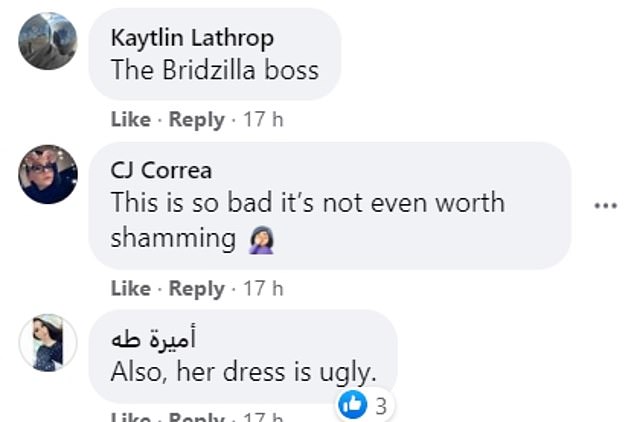 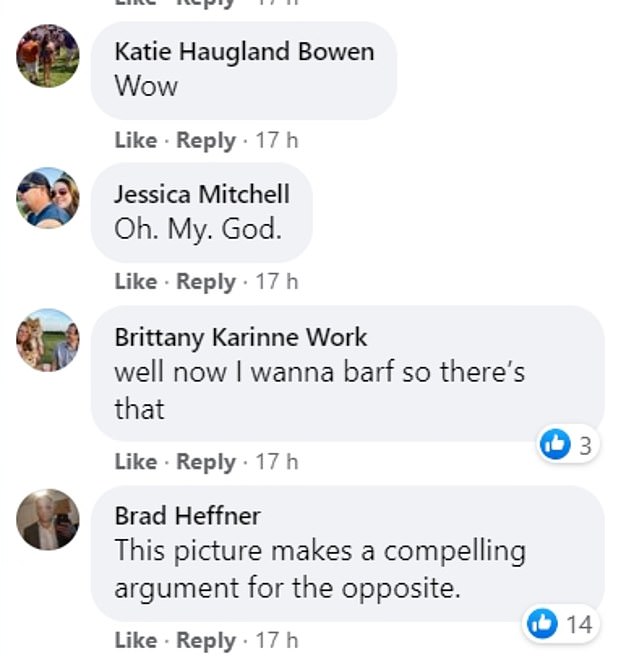 The Black Lives Matter movement was started in 2012 when George Zimmerman was acquitted for murder after fatally shooting Trayvon Martin, 17, after he went to his local shop to buy Skittles.

Marches against racial justice have taken off across the world since unarmed black man George Floyd, 46, died in Minnesota after white police officer Derek Chauvin kneeled on his neck for almost nine minutes, while he lay handcuffed on the ground.

Protesters have not only demanded justice for Floyd, but they’ve called for justice for Breonna Taylor, Tony McDade and most recently Rayshard Brooks.

Demonstrators have also marched for Ahmaud Arbery, who was shot dead by a white man in Georgia in February.

Floyd was laid to rest last Tuesday in Houston, Texas, just days before the world witnessed another black man die at the hands of police.