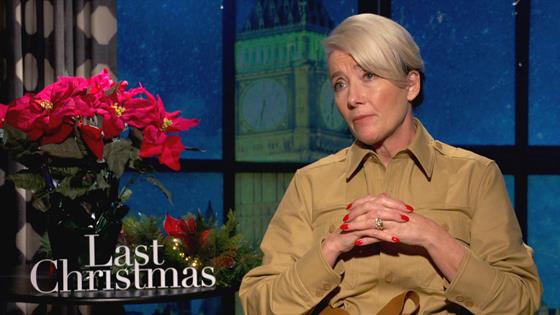 Last Christmas is a lot of things.

But, above all else, the Universal Pictures project, out Friday, Nov. 8, is a love letter to beloved pop icon George Michael.

Not only did Michael’s Wham-era holiday classic of the same name serve as impetus for the film, but since his untimely passing on Christmas day three years ago, the film became something more: A celebration of the entirety of the music legend’s career, with a soundtrack consisting solely of his music alone, including the exciting inclusion of a previously-unheard track recorded in the final years of his life.

It wasn’t always meant to be like this, though.

When Thompson was approached by producer David Livingstone to create a “a screenplay, a rom-com sort of thing, because we need a new Christmas movie based on ‘Last Christmas,'” as she described to Jimmy Fallon during a late October appearance on The Tonight Show, Michael was still alive. And she wasn’t entirely enthused about the idea.

“I said, ‘Not really, because it’s not my favorite Christmas song,'” she admitted, adding in an interview with E! News, “And also, when I was listening to the lyrics, I thought, ‘I don’t know how much of a story I can get out of those lyrics.’ But when I mentioned it to my husband [Greg Wise,] we came up with a kind of alternative way of thinking about the lyric.” It was, as she told Fallon, “an interesting, sideways way of telling a different kind of story about the human heart.”

After sending the treatment to Michael, she visited with the “Faith” singer to seek his approval on the project. “I went to see him in Highgate where he was living and I said, “I think this might be something,'” Thomspon told us. “And he said, ‘It’s such a good idea. Please involve me when you start to make the movie.'” 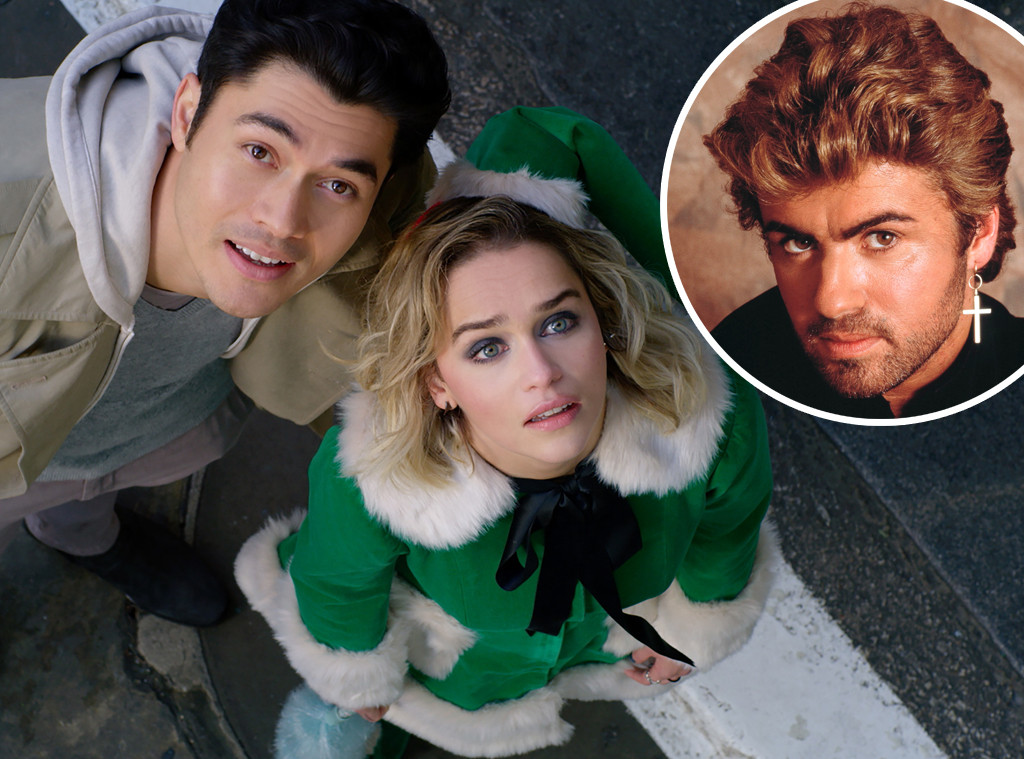 As she told Fallon, “He was just the loveliest guy you could imagine. [He loved] all of these themes in the movie, he was passionate about homelessness, and he had this great social conscience. I got really enthused and we started to write, and then of course he had that tragic early death in 2016, on Christmas Day.”

And while Thompson says his untimely passing didn’t occur at a point in the film’s production that it could’ve threatened to derail the project entirely—”. That kind of decision you have to make if it’s the first day of principal photography and you go, ‘Is this-? Can we-?'” she told us. “But we were still struggling with storyline, with all sorts of other things.”—the involvement of Michael’s sister and manager eventually helped Michael’s musical presence in the film grow even more encompassing.

“It was two years later that we actually started to make it, with the cooperation and collaboration of his sister Mel and his boyhood friend and manager Dave Austin who were so excited about it when they read the script,” she explained. “It’s really neat. And I think we didn’t know we were going to be able to use as much of his music in the film. And Dave Austin was great about it, and so was Mel, but I think that that was meant to be.”

As Feig explained in a November interview with CinemaBlend.com, the number of Michael tracks used in the film grew organically. “There [were] places in the script where Emma [Thompson] wrote ‘We’re watching the walk around London, it would be really nice to hear a little George.’ So those were there, but it was non-specific,” he explained. “And then the estate of George had us watch this two-hour documentary about his life that George had directed for the BBC.”

And it was after that viewing of George Michael: Freedom that Feig made a realization.

“I said, ‘Wait a minute, I think George needs to be the voice of this movie.’ And then started doing the deeper dive into the other tracks of his albums that I hadn’t heard before,” the Bridesmaids director explained. “That’s when I discovered ‘Heal the Pain’ which to me is almost more of the theme song of this movie than ‘Last Christmas.’ Because it’s so much about what this character, and what these characters were going through. Trying to heal their pain in whatever way they can. And ‘Praying for Time’ and going ‘Gosh, that’s the song they should have their date at the skating rink to.’ Not some romantic song, but this darker, ominous, but beautiful song about running out of time.”

All told, 15 of Michael’s tracks, including new song “This Is How (We Want You to Get High),” made it into the film. And at every step of the way, Thompson says, the singer felt like something of a guardian angel for Last Christmas.

“I think about him a lot, a lot. And I know, and it grieves me dreadfully, because I know he would love it. He really would love it because like him, it—well, it attempts to be, I’m not trying to blow our trumpet here—but it’s authentic, it’s real,” she told us. “When you say guardian angel, film is mysterious and even though I’m not a spooky-ooky person, I absolutely can feel he’s totally inside this film.”

As for what Feig hopes Michael would think of the film, the director told us, “I mean, you hope to God that he would’ve liked it… because it’s such a loving tribute from us to him. I mean, it is so sincerely us saying we love you George and we want to show the world the breadth and the depth of your talent.”

Last Christmas is in theaters now.

(E! and Universal Pictures are both part of the NBCUniversal family.)