In a season of fresh starts and big changes, Brooks Laich seems to have adopted a new raison d’être.

Some three weeks after others shared their resolutions for 2020, the retired hockey professional revealed to his 478,000 Instagram followers that he’d been “re-assessing many things in my life, and one of the most important things I’ve been looking at is how I spend my time every day.”

Having taken stock of his activities, from his new podcast, How Men Think, to his workout sessions to hanging out with husky pup Koda, the 36-year-old shared, “I’m redefining my priorities, and putting happiness at the forefront. I’m making changes to my daily routine, and prioritizing the things that bring me the most joy. Everything else lines up behind those.” 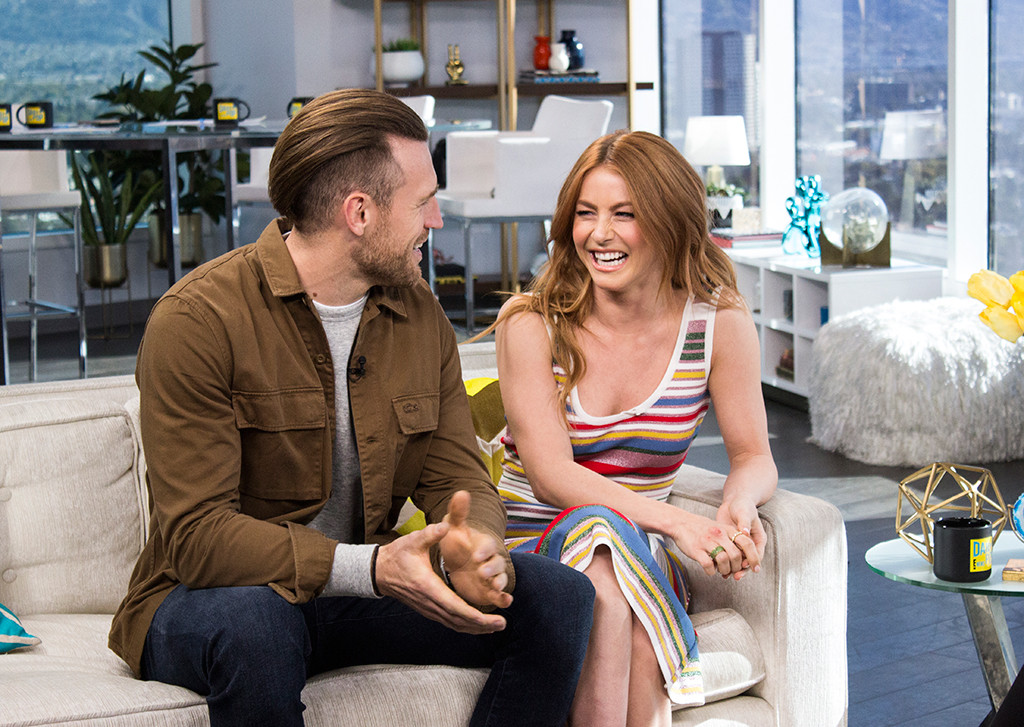 Because while the couple never even acknowledged rumors about the rifts in their union, they were absolutely there, with one insider telling E! News the former Dancing With the Stars judge, 31, “isn’t sure” married life is for her.

Thankfully, Laich has been certain enough for the both of them. “Brooks was certain he did not want their marriage to end and wouldn’t accept it,” a source recently shared with E! News. “He has decided he will do anything and everything to make it work.”

So take the pair’s recent brunch outings and workout sessions for Hough’s new dance method Kingry as the promising sign they are. “Things have shifted and they are working through their issues,” continued the source. “They are both committed to their marriage, but its still a work in progress.”

After all, this is a pair who once declared their intentions to have “the best f–king relationship ever”. And, frankly, so much of their six-year relationship feels meant to be…

Hough was some eight months removed from her romance with Ryan Seacrest in November 2013 when she had what she calls an epiphany. Her family—she’s the youngest of Marianne and Bruce Hough’s five children with older brother Derek Hough being the only boy—had dragged her to a six-day seminar “about creating your own destiny,” she shared with Redbook in November 2013. “I was not into it at first,” she admitted, “but I learned so much about myself and why my relationships didn’t work that by the end I was on a high.”

Cell phone in hand, she reached out to the people she’d recently been on dates with, she continued, writing, “You are nice, but this is going nowhere.” So she was ready when Teddy Sears, her costar on the 2015 thriller Curve, approached her on set the next day.

“Apparently, he was talking with Julianne…and asked her if she’d been seeing anyone, and she said no or whatever, and I guess he was watching our hockey game at the time,” Laich shared in a 2014 interview on radio station 106.7 FM The Fan. “He always watches the game on Game Center on his iPad. I guess he just showed her the iPad and said, ‘Well, I’ve got a guy for you,’ or something.” 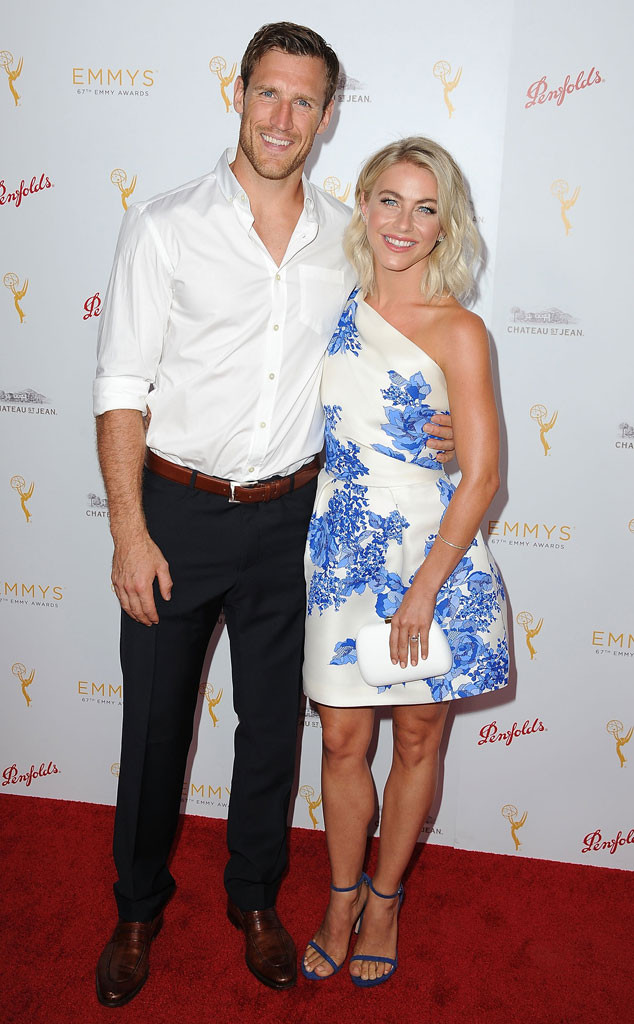 It was the proposal that had taken place earlier that summer at her grandparents’ place in Coeur d’Alene, Idaho—a moment that had reduced Hough to a mess of emotions, eagerly flashing her new oval stunner to pals. “I never thought I’d be the girl sticking her hand out to her friends and screaming in unison,” she wrote on her blog, “but here I am, shrieking all over Los Angeles.”

It wasn’t just the 7-carat diamond, as spectacular as it was, but the man who came with it, one she’d confidently declared as her great love to Redbook. “Every relationship, there was nothing wrong or bad, but there was nothing right,” she explained. “I had one foot out because I didn’t want to get hurt. And I didn’t say what was on my mind because I didn’t want to ruffle any feathers. I needed to be perfect. Now I’m not holding anything back because I’d rather get my heart broken than never know what it is to be completely, madly in love.”

Which is perhaps what the native of Saskatchewan, Canada meant when he described those heady early months to E! News, explaining, “I thought I had my life figured out and then Julianne walked into my life and completely changed it and I’m so grateful for that.” 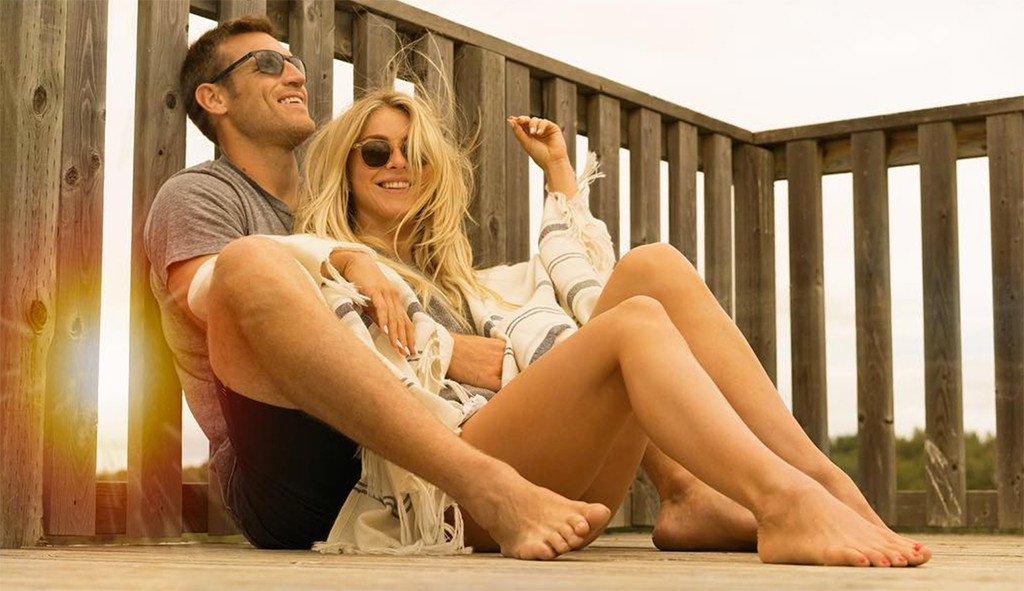 Because suddenly he was reconsidering everything, determining if his dream of playing hockey really trumped the opportunity to live with his bride full-time. Though they successfully navigated long distance—”We always wanted to celebrate and support that the other person was living their dream, so I never told my wife, ‘You have to move here and support me while I play hockey’ and she said, ‘You never have to give up hockey to come here,'” he explained to E! News—he was thrilled to land in California with the L.A. Kings in 2017.

But when the team assigned him to their AHL affiliate in Ontario, he wavered. “I had a decision to make: Do I want to go somewhere else again and be away from home and continue to play hockey or do I want to stay at home,” he shared on the second episode of his iHeartRadio podcast. “I made the decision that I do not want to be away from my wife. As much as I wanted to play hockey, which was at an all-time high, my desire to be with my wife was—on a daily basis—greater than my desire to play hockey.” 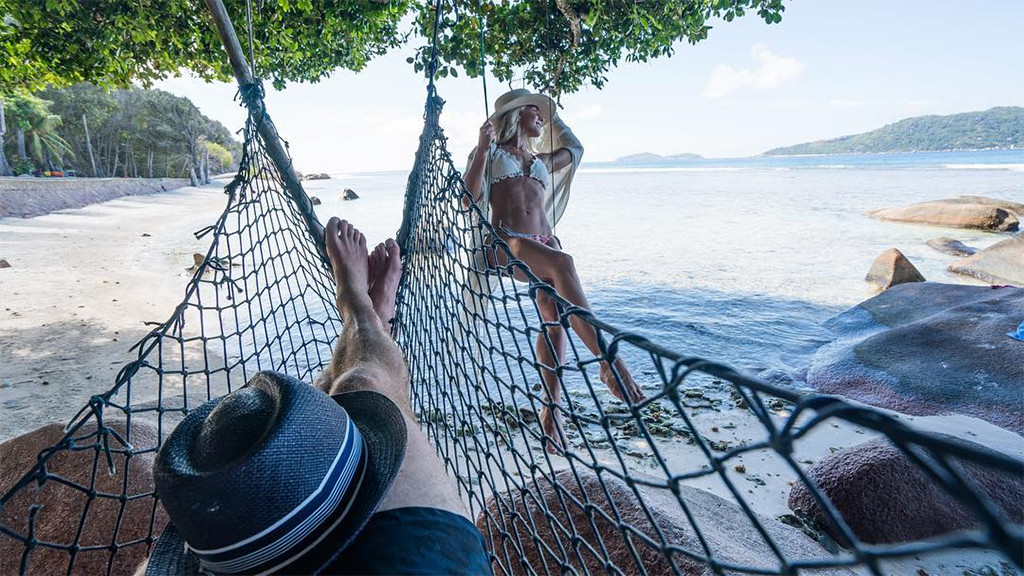 But just as he was completely overhauling his career and life, Hough found herself yearning for her own transformation. She’d spent months building up to her storybook July 2017 wedding at the edge of Lake Coeur d’Alene where Laich had proposed two years prior. So once they returned from a honeymoon that saw them traveling from a resort on the Seychelles to a safari in Kenya, she realized she was in need of a new project. And it turned out to be more than building her own personal dance method Kingry. As she made moves with her project, setting plans for both a brick-and-mortar studio in L.A. and global events, she began tapping into her emotional growth.

“I was connecting to the woman inside that doesn’t need anything, versus the little girl that looked to him to protect me,” she explained to Women’s Health. “I was like, ‘Is he going to love this version of me?’ But the more I dropped into my most authentic self, the more attracted he was to me. Now we have a more intimate relationship.” 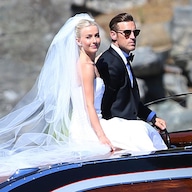 A Walk Through Julianne Hough and Brooks Laich’s Breathtaking Wedding

And yet he feels the triple threat may just be perfect for him. “I could never in my life experience true love prior to meeting my wife but now knowing what love feels like, being in love and having a partner that loves and fully accepts you as you do for them is an absolute gift every single day,” he shared with E! News in July.

The promise of continuing to receive that bounty is why the couple aren’t ready to give up on their romance or even really define the growing pains that they’re experiencing.

“They have been spending time apart but are not ready to share what’s going on between them,” an insider previously explained to E! News. “They don’t even really know what to call it. But things have definitely changed in their relationship.”

For now, though, their union seems to have shifted for the better. “They gave each other time and space to explore their feelings and see what was going on,” the source noted. “They know they love each other and that never changed. Their marriage might look different going forward and is still evolving, but they are moving in a more positive direction.”