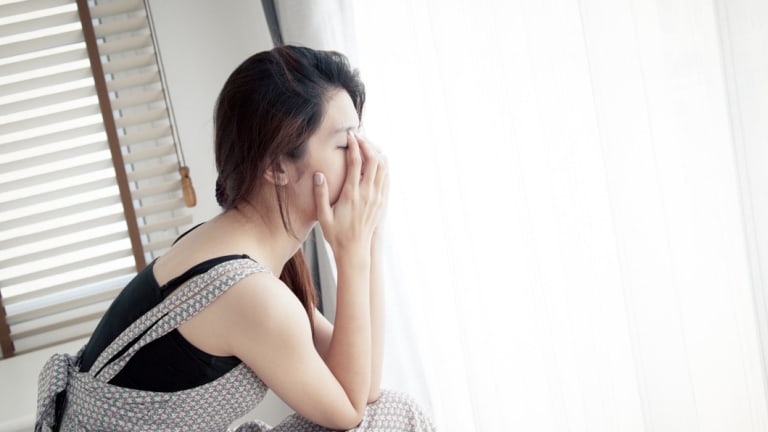 It’s a splendid convergence of my feminism, my academic research interests in sex, my personal recreational activities and those eight years I’ve spent sitting on ethics committees.

Sometimes I'll get a unsatisfactory response – like that real estate agent who told me he was really into lingerie only to crush my fantasies by explaining that he only cares about women wearing it – but generally it gives me a good gauge of values, politics and compatibility.

So with my friends each well aware of my views, there’s inevitably a little apprehension to admitting
they’re upset. As though somehow I’d expect them to be the "cool girl", to be nonchalant, to shake it
off and leave him to his wankery. This is absolutely not my approach.

While I might be enthusiastic about even the most tawdry of media, I also completely
understand relationships being challenged – if not outright sabotaged – by personal politics.

I developed irrevocable loathing for two men who articulated a preference for me wearing my hair
down rather than up, and I once indignantly left a man’s home soon after he gave an incorrect answer to my question about who he’d be voting for.

We each have our breaking points.

It’s okay if it conflicts…with your moral compass, and to believe that you won’t be able to look at him the same way ever again.

But it’s also more than reasonable not to jump to unreasonable conclusions about what this says about him or about you, or for it to serve as any indictment on your sex life.

But there’s also consumption of the kind that’s exclusively voyeuristic: watching purely because the depicted acts arouse us but which aren’t actually the kinds we want soiling our sheets.

Again, sure, sometimes that’s the case: sometimes mouse clicks do reflect the physical preferences that most turn us on.

Assuming he’s gay just because he sometimes likes the homoerotic stuff or that he’s going to buy you a ball-gag for Christmas because he like the rough stuff, is extrapolating meaning that isn’t always there. That doesn’t of course, mean you should be uninterested.

It’s not that I think browser histories are sacrosanct – searching through my own once I discovered
that a companion had used my computer to search “what are the lyrics to ‘Sometimes When We
Touch’?”, something I still find thoroughly hilarious – but being motivated to skulk through a
partner’s search history to me says trust and communication is likely already compromised.

If you’re attempting to confirm suspicions something is undoubtedly a little broken.

Dr Lauren Rosewarne is a senior lecturer at the University of Melbourne and author of nine
books on gender and sexuality.