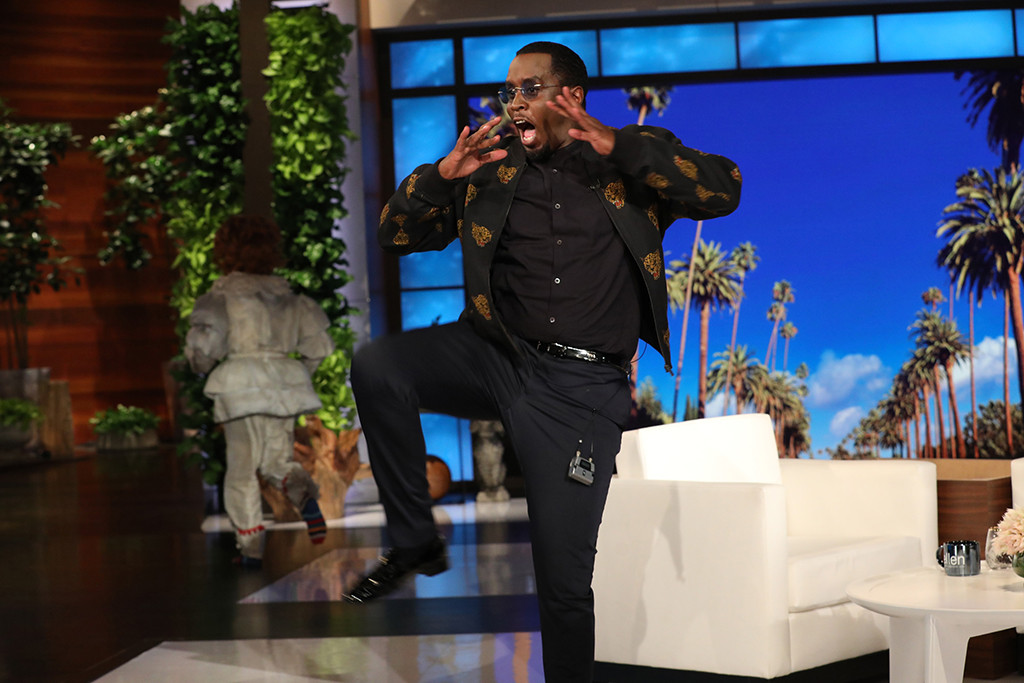 That’s what Sean "Diddy" Combs does on Thursday’s episode of The Ellen DeGeneres Show, where he unknowingly came face-to-face with one of his greatest fears.

“I heard you’re scared of clowns,” Ellen DeGeneres, ever the prankster, said to Diddy.

“I heard that,” she continued.

“Why is it impossible?” she asked.

“Because I’m a black man,” he replied, drawing laughs. “I have so many things to be fearful of, a clown is not gonna scare me…I’m not afraid of clowns.”

Is that a double dare? 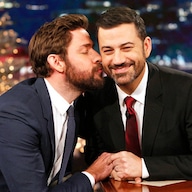 Apparently it was, because a few seconds later, a performer dressed as the Pennywise the Dancing Clown, the terrifying villain from last year’s film adaptation of Stephen King‘s It, popped out of a wooden side table adjacent to Diddy’s chair.

“Oh, s–t!” he yelled as he sprang out of his seat, jumped up and down, did a karate kick and danced in terror as Ellen cackled.

“You know, I woke up this morning and I said, I want my life to be full of surprises,” he continued. “Ellen, I thank you.”

“That was so gratifying,” Ellen joked. “I like that you dance when you get scared.”