Waitrose has unveiled the first two of the six Christmas adverts it will release this festive season.

The tongue-in-cheek short films feature an overzealous pianist desperate for a mince pie and a love-struck couple whose romantic moment beneath the mistletoe (right) is disrupted by the promise of turkey.

All of the TV spots focus on the theme of ‘too good to wait’ – as revellers ditch the festivities to tuck into the retailer’s festive offerings. 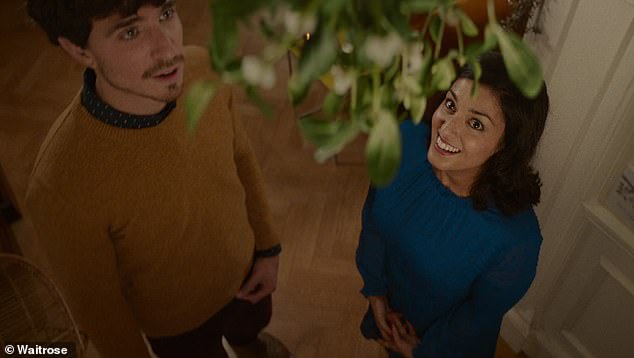 In one of Waitrose’s new Christmas adverts, a pair of star-crossed lovers are about to lock lips under the mistletoe when somebody announces the turkey is ready in the next room. The six films, released on Friday, focus on the theme of ‘too good to wait’ 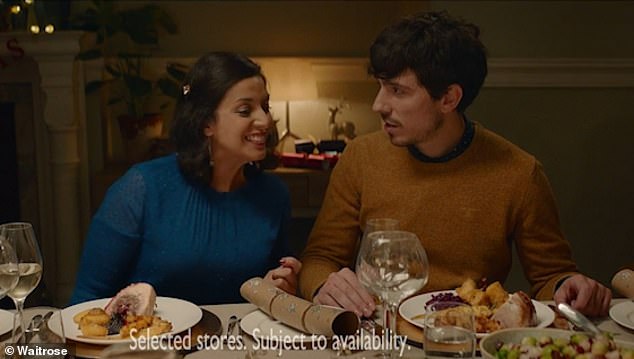 They are described by producers as ‘a light-hearted take on the role food plays during the rituals and traditions of Christmas’.

The supermarket has broken with tradition by releasing series of six 30-second TV ads rather than just one. 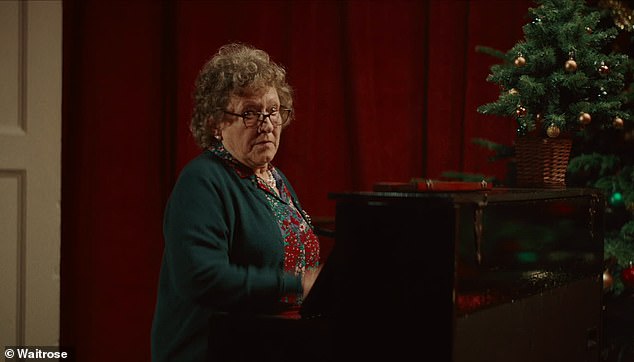 Waitrose’s Christmas ad stars an overzealous pianists who whizzes through the carols in order to get to the mince pies as quickly as possible. The supermarket has broken with tradition by releasing series of six 30-second TV ads rather than just one

Each advert celebrates the important role that food plays at Christmas, and features a familiar festive scenario, which families and friends hurry through to get to enjoy their festive fare.

The first advert depicts a Christmas concert where a pianist rushes through a rather speedy rendition of Jingle Bells as quickly as possible after learning that Heston Blumenthal’s chocolate and cherry mince pies would be served afterwards.

Also airing tonight is the second advert in the series, ‘Mistletoe’, where we see a pair of star-crossed lovers lingering under the mistletoe to have a romantic first kiss.

A woman, pictured, announces Heston Blumenthal’s chocolate and cherry mince pies will be served after the concert, sending the pianist into a frenzy 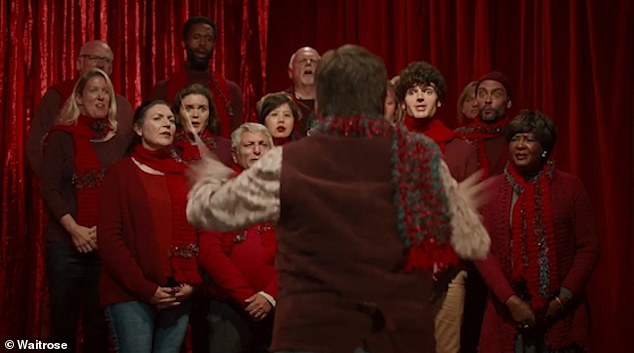 The choir, dressed in festive red outfits, do their best to keep up with the over-excited pianist, equally desperate to taste the festive treat

When the choir stops, the audience race to get out to where the mince pies are being served

However their hopes are dashed when a call from the dining room announces the turkey is ready which prompts the woman to rush to the table, leaving her potential partner standing on his own.

Martin George, Customer Director at Waitrose & Partners, said: ‘Looking forward to the traditions and special moments is what makes Christmas the most wonderful time of year, but there’s also another aspect that adults and children alike just can’t wait for: the food.’

This year’s Waitrose & Partners campaign was created by adam&eveDDB with media planning by Manning Gottlieb OMD.