British Olympian Victoria Pendleton, 38, opens up about spending £1,500 wrinkle-banishing and lip-plumping treatment in bid to ‘feel younger’ after split with husband Scott Gardner

She may still be fresh-faced and in her 30s.

But former Olympian Victoria Pendleton has already undergone treatment in an attempt to banish her wrinkles.

The gold medal-winning cyclist, 38, had a dermal filler on her face to make herself feel ‘a bit younger and a bit fresher’ just months after she announced her split from husband Scott Gardner.

Miss Pendleton had the Ellanse collagen stimulating dermal filler treatment on her mid-face area and cheeks to add volume, costing £1125, as well as having a Perfectha HA dermal filler to even out her upper lip, which cost a further £400. 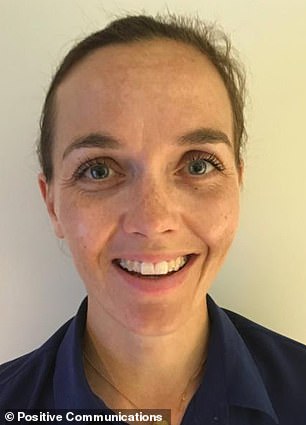 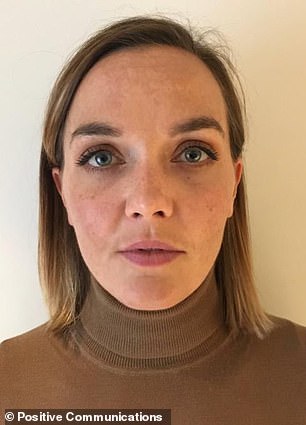 Gold medal-winning cyclist Victoria Pendleton (left before treatment and right after treatment), 38, has spoken about undergoing Ellanse collagen stimulating dermal filler treatment, to banish her wrinkles as she nears her 40s

The Ellanse filler injection works by smoothing out wrinkles and creating a more natural look by stimulating the body to produce more collagen.

Speaking about the 60-minute procedure, which is said to last 24 months, she told the Daily Mail that she wanted to give herself a ‘confidence boost’ as she approaches her 40s, after years of exposing her face to the elements.

‘I just thought that, I’m 38 this year and I thought it’d be worth giving it a try. Mainly just as a preventative thing because people do say as you get older things are less easy to change,’ she said. 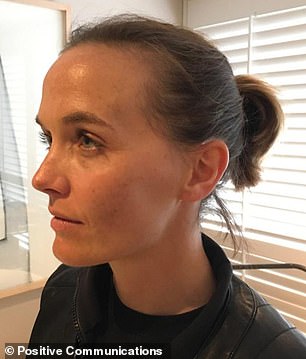 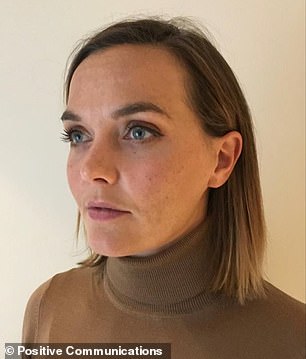 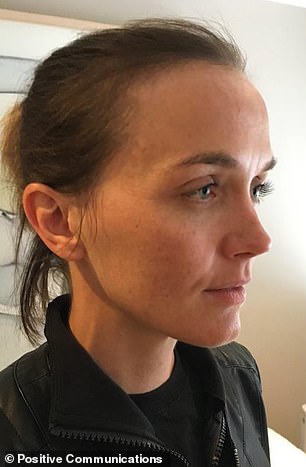 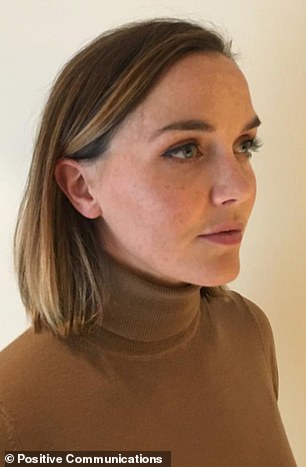 Miss Pendleton had the Ellanse collagen stimulating dermal filler treatment, which costs £1125, on her mid-face area and cheeks to add volume. She also had a Perfectha HA dermal filler to even out her upper lip, which cost a further £400

‘Actually I’ve never been against that sort of thing, it’s nothing permanent, just a little beauty treatment to make myself feel a bit younger, a bit fresher.’

She added: ‘I love going for collagen facials and treatments like that when I can. For me it’s a real treat, it’s the type of thing I do to reward myself, book in for something special like that.’

The injection is made up of microscopic beads of medical grade polymer, suspended in the filler gel, which are absorbed by the body, triggering a reaction which results in the body generating its own repair collagen. 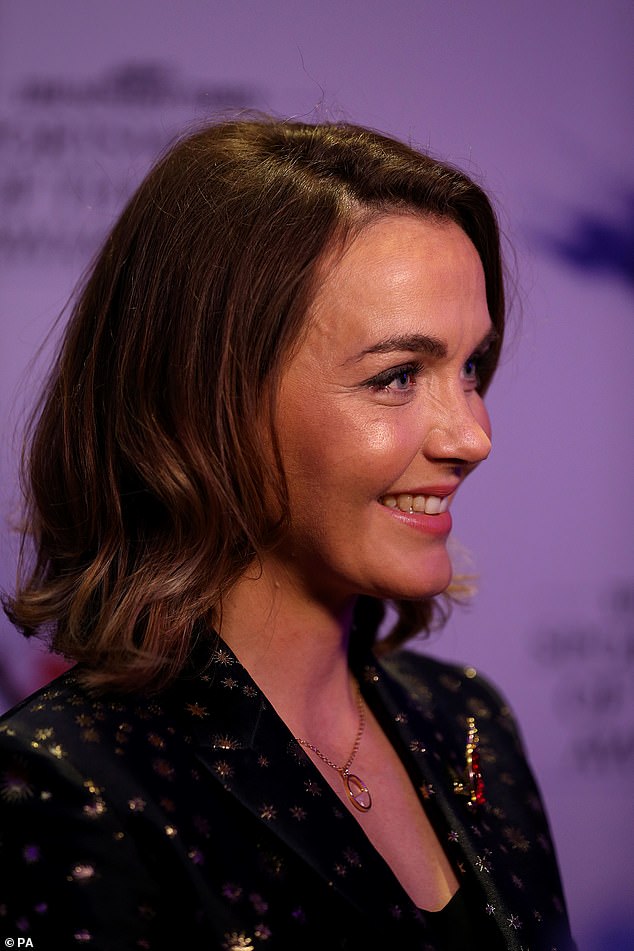 Clearly happy with the results, the sportswoman said: ‘It’s definitely reduced a lot of my fine lines around my eyes especially and I’m pretty pleased about that to be honest.

Miss Pendleton, who had the treatment at the River Aesthetics clinic in Belgravia, London, also revealed that she has had her teeth straightened following the breakdown of her marriage to Gardner, a Team GB cycling coach, which prompted her to undergo more cosmetic treatment. 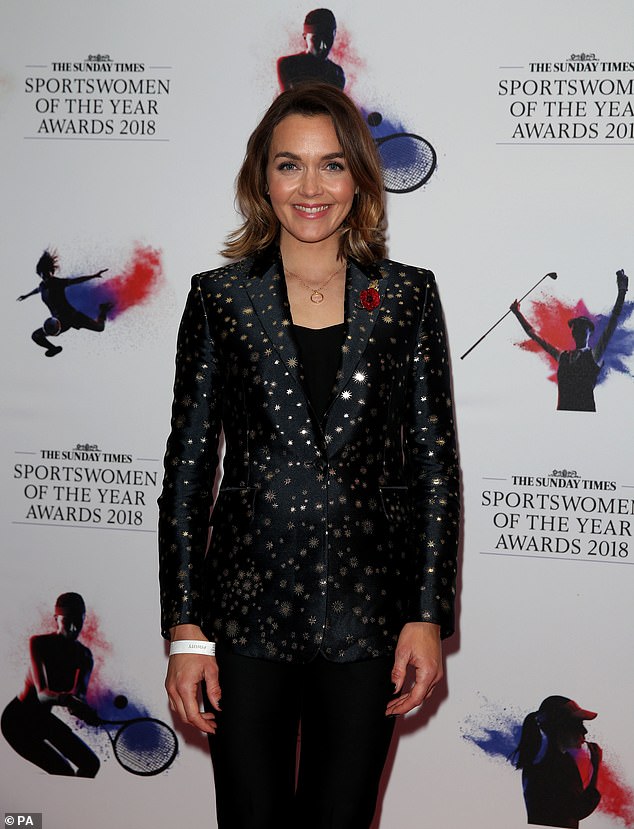 Victoria Pendleton during The 2018 Sunday Times Sportswomen of the Year Awards Ceremony at The News Building, London, this month

‘I just thought why not. Someone suggested it to me and I just thought, I was in the process of getting my teeth straightened a little bit and I thought I’m going to do some other things while I’m there,’ she said.

‘So this year I’ve decided to get my teeth straightened, not that they were bad, but just for me. I thought I’ll just get those things done. Give myself a little bit of a confidence boost. Now I’m approaching my 40s, I just think that there’s no time like the present.’

The cyclist-turned-jockey has had a difficult year, which started back in May when she was forced to quit her Everest climb alongside Ben Fogle after struggling with oxygen deficiency at 21,000ft.

She said that the failed climb left her ‘psychologically and physiologically damaged’ and she later learned that the oxygen deprivation had caused her struggle with depression.

Just two months later, Miss Pendleton announced that she was separating from Gardner – her husband of five years.

She wrote one social media: ‘After ten years together I am very sad to say that Scott and I have grown apart.

‘Despite our best efforts in trying to make our marriage work, we have come to the decision to go our separate ways. It has been an extremely difficult time and a tough decision to make.’

But now Miss Pendleton is looking to the future and her next challenge after finding herself in a ‘transition period.’

‘I do have some things I want to achieve but at the moment I feel like I’m in bit of a transition period,’ she said.

Having won gold at the 2008 Olympics in Beijing and at the 2012 London Games, Miss Pendleton retired from professional cycling and instead turned her efforts to race riding, having never sat on a horse before.

Now an amateur jockey, she finished fifth in the St James’ Place Foxhunter Chase at Cheltenham in March 2016.