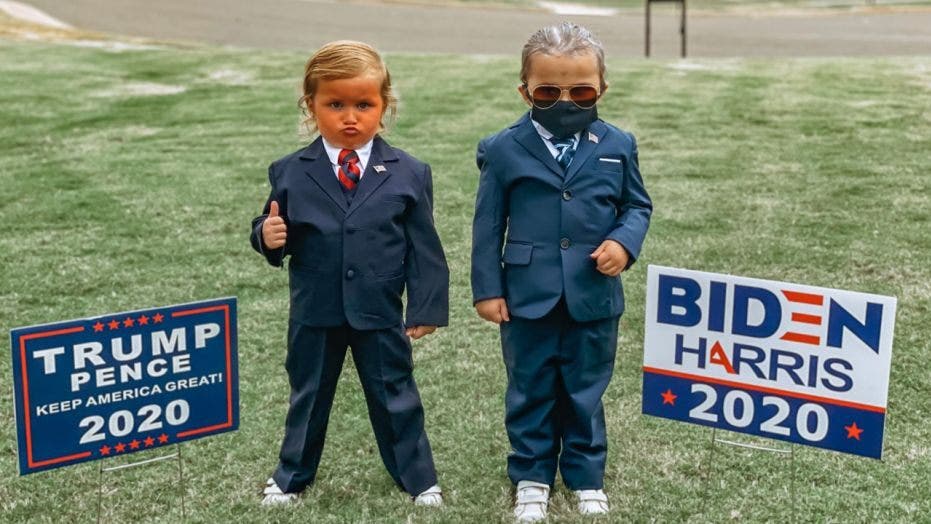 Tips for staying safe this Halloween amid coronavirus

A mom in Oklahoma claims she’s been waiting for years to dress her twin girls as the 2020 presidential candidates — so it’s no surprise she didn’t spare a single detail.

Adrea Garza, from Edmond, told Fox 2 that she first came up with the costume idea right after her twins were born back in 2016.

“I knew that in four years, I was going to dress them as the candidates,” she said, adding that her daughters Haven and Koti, now 4, thankfully “love dressing up.”

It would appear that Garza has also used the past four years to fine-tune her idea, zeroing in on several tiny touches to make the costumes that much more true to life. 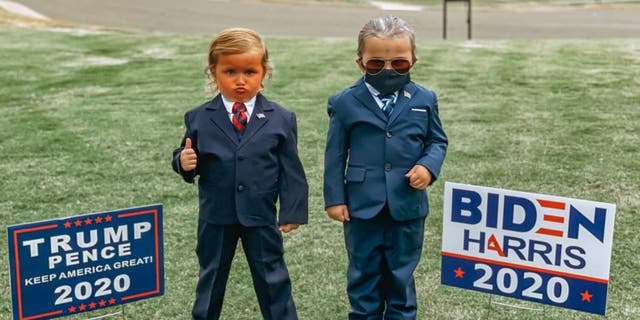 “Every year I put my twin girls in some ridiculous Halloween costume, and this year is no different,” the twins’ mom said on TikTok.
(Adrea Garza)

“I hunted down some boys’ suits. Found some flag pins, and knew I had to put Biden in a mask and his signature aviator sunglasses,” she told the outlet, adding that she also used spray tan on her tiny “Trump” and white hairspray on her itsy-bitsy Biden.

“Every year I put my twin girls in some ridiculous Halloween costume, and this year is no different,” Garza announced on TikTok, where a post containing images of the girls’ costumes has since been viewed 2.9 million times.

Commenters loved the idea, though some were concerned that Garza might be exposing her tots to politically-charged ridicule.

“Guys, it doesn’t matter who YOU support,” wrote one TikTok user in response to the costumes. “It’s her kids and [they] look happy… And honestly this is hilarious and genius.”

Garza, meanwhile, says she has several other costumes planned for her children to wear this year, including Dalmatians, circus performers (inspired by “The Greatest Showman”) and even the Coneheads from “Saturday Night Live.”