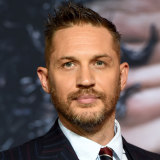 Tom Hardy has scored the coveted role of James Bond, if an online blog specialising in Star Trek news is to be trusted.Credit:Getty

No way. Who told you this? Oddly enough, a Star Trek-heavy online news blog titled The Vulcan Reporter.

Oh sure, that sounds legit. Your scepticism is noted. But the blog's author, Emre Kaya, has been described as a "respected scooper" and "reliable source" in the British TV and film industry, and the post quickly piqued the interest of the UK's entertainment media.

Fine, tell me more. In a follow-up Twitter post, Kaya said he'd first heard the news back in June. "At that point, Hardy's casting wasn't official but he had been auditioning and was basically locked into the role," he wrote. He says the franchise's producers are set to officially announce the news in November, after the release of the COVID-delayed No Time to Die, Daniel Craig's fifth and final outing as Bond – unless the film is delayed again, at which point we won't find out till early next year.

Okay, let's pretend I'm convinced. This isn't the first time Hardy's been tipped for the role. That's right. Way back in 2017, he was already deflecting suggestions he was set to slide into Craig's tuxedo. "There's a saying amongst us in the fraternity of acting… that if you talk about it, you're automatically out of the race. So I can't possibly comment on that one. If I mention it, it's gone," he told The Daily Beast. In another convincing wrinkle, there were also tabloid suggestions that Hardy's Dark Knight Rises director Christopher Nolan would eventually take over the franchise. "He'd be amazing. He really would," Nolan said of Hardy's Bond chances while promoting Dunkirk that same year. 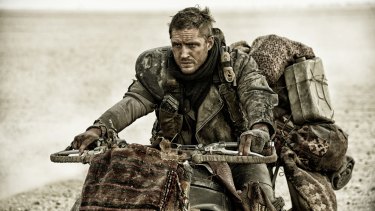 This is all lining up quite conveniently. What's Hardy been up to lately anyway? You mean you haven't heard him narrating Amazon Prime's new doco All or Nothing: Tottenham Hotspur, featuring his regal pronunciation of "Tanguy Ndombele"? Get onto that. His last film Capone released straight to streaming in the midst of the pandemic and was roundly panned, but his sequel to blockbuster Venom has been completed and is due out next year. Beyond that he has a couple of projects lined up with Aussie filmmakers: Andrew Dominik's War Party, and George Miller's prequel to Mad Max: Fury Road, The Wasteland.

So what's the general consensus? Are people feeling this latest rumour? Of course! It's Tom Hardy, a generational acting titan and beloved oddball. Online publication Screen Rant, for example, said “Tom Hardy is perfect for James Bond”, dispelling wowser concerns on social media that at 43 he's already too old for the role and suggesting the actor's "charm and humour" could help tilt the series away from the gritty, realist tone that's characterised Craig's tenure. The Guardian had some reservations, suggesting Hardy – with his creative eccentricities (remember the trashed selfies and gutter poetry of his MySpace phase?) and anti-Hollywood baulk – might be "too complicated" for a people-pleasing blockbuster franchise like Bond. Anyone who saw his magnetic, idiosyncratic turns in films like Bronson (2008) and The Revenant (2015) might have to agree. Others have been more succinct:

But wasn't there a whole push recently to bring some necessary diversity to the 007 franchise? Sure, there was hope. Ever since the 2014 Sony email hack had posited him as a future potential, Idris Elba had remained the people's choice – but he appeared to lose patience with the ceaseless speculation, ultimately bestowing his support for young star John Boyega to land the role. Other British actors tipped for the role have included Riz Ahmed (The Night Of), Henry Golding (Crazy Rich Asians) and Daniel Kaluuya (Get Out), along with almost every other young male actor the UK has produced including Tom Hiddleston, Robert Pattinson, James Norton (McMafia), Sam Heughan (Outlander) and Paul Mescal (Normal People). The Bond rumour mill is nothing if not relentlessly extensive.

And what about those claims that the next Bond might be a "Jane Bond"? Producer Barbara Broccoli put those suggestions to rest in January when she explicitly told Variety, "James Bond can be of any colour, but he is male… I believe we should be creating new characters for women – strong female characters."

So Tom Hardy it is, huh? The bookies seem to think so. Multiple UK agencies have suspended betting on who'll be the next Bond after The Vulcan Reporter's report.

Damn, I was just about to lay down my life-savings. It's understandable, Tom Hardy has that effect on people.