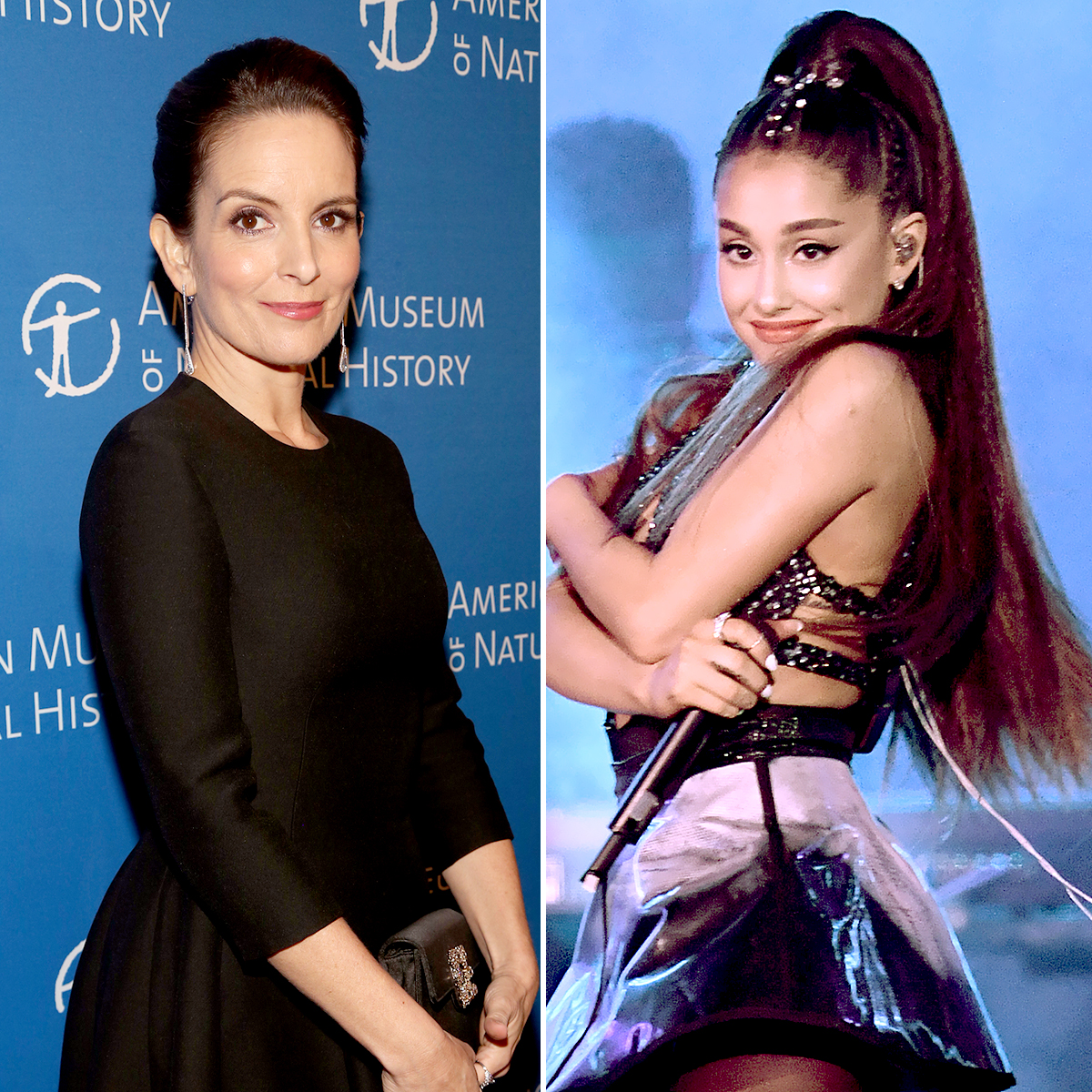 Four for you, Ariana Grande! Tina Fey gave the 25-year-old’s take on Mean Girls in the “Thank U, Next” music video her stamp of approval even though she wasn’t asked to be involved.

“Oh, I love it and I’m so honored by it,” the comedian, 48, told Us Weekly and other reporters of Grande’s video at the opening night of The Cher Show on Broadway on Monday, December 3, in New York City.

“I thought the casting of Kris Jenner was super inspired and she looked adorable,” she continued.

While Fey wrote and starred in the Mean Girls movie, she explained that no one reached out to have her join the music video’s recreation.

“No, I was like, ‘My phone didn’t ring!’ I don’t know if I would have been able to do it, but I would have tried, maybe,” the Saturday Night Live alum explained.

The “No Tears Left to Cry” singer tapped many actors, including Mean Girls actor Jonathan Bennett — you know, the guy whose hair looks sexy pushed back — for the “Thank U, Next” music video, which premiered on Friday, November 30.

In addition to recreating scenes from Mean Girls, the Nickelodeon alum took on memorable moments from romcoms Legally Blonde, 13 Going On 30 and Bring It On with some help from famous faces like Jennifer Coolidge, Troye Sivan, Colleen Ballinger and Matt Bennett.

Legally Blonde star Reese Witherspoon couldn’t help but gush over the video, posting comparison pictures of the original movie and Grande’s version on her Instagram page the same day it was released.

“Thank u, next,” she wrote alongside a clapping and heart emoji.

The Big Little Lies star, 42, added: “Can we please talk about @ArianaGrande’s Bend and Snap?! 10/10 nailed it! #thankunext”