But for several hotels around the world – there are spooky goings on every week of the year. 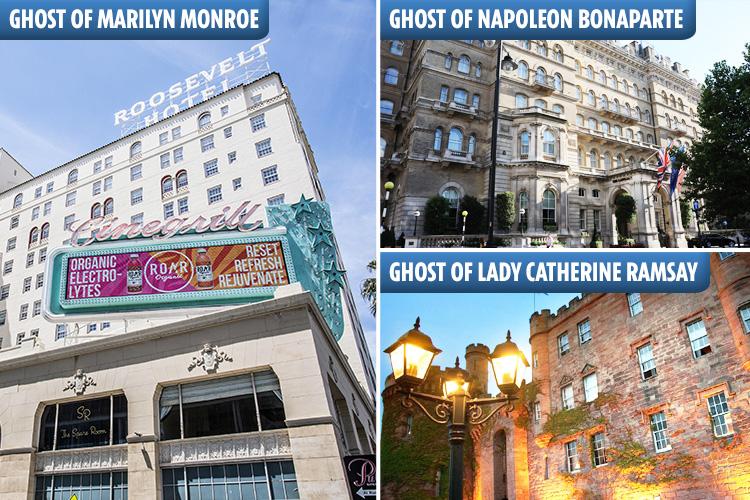 From ghoulish white ladies to headless gravediggers who roam the grounds at night, the most haunted properties never know when their next ghostly encounter will take place.

These are some of the best haunted hotels, from the US to Britain and all the way over in Australia.

Read on to find out more… 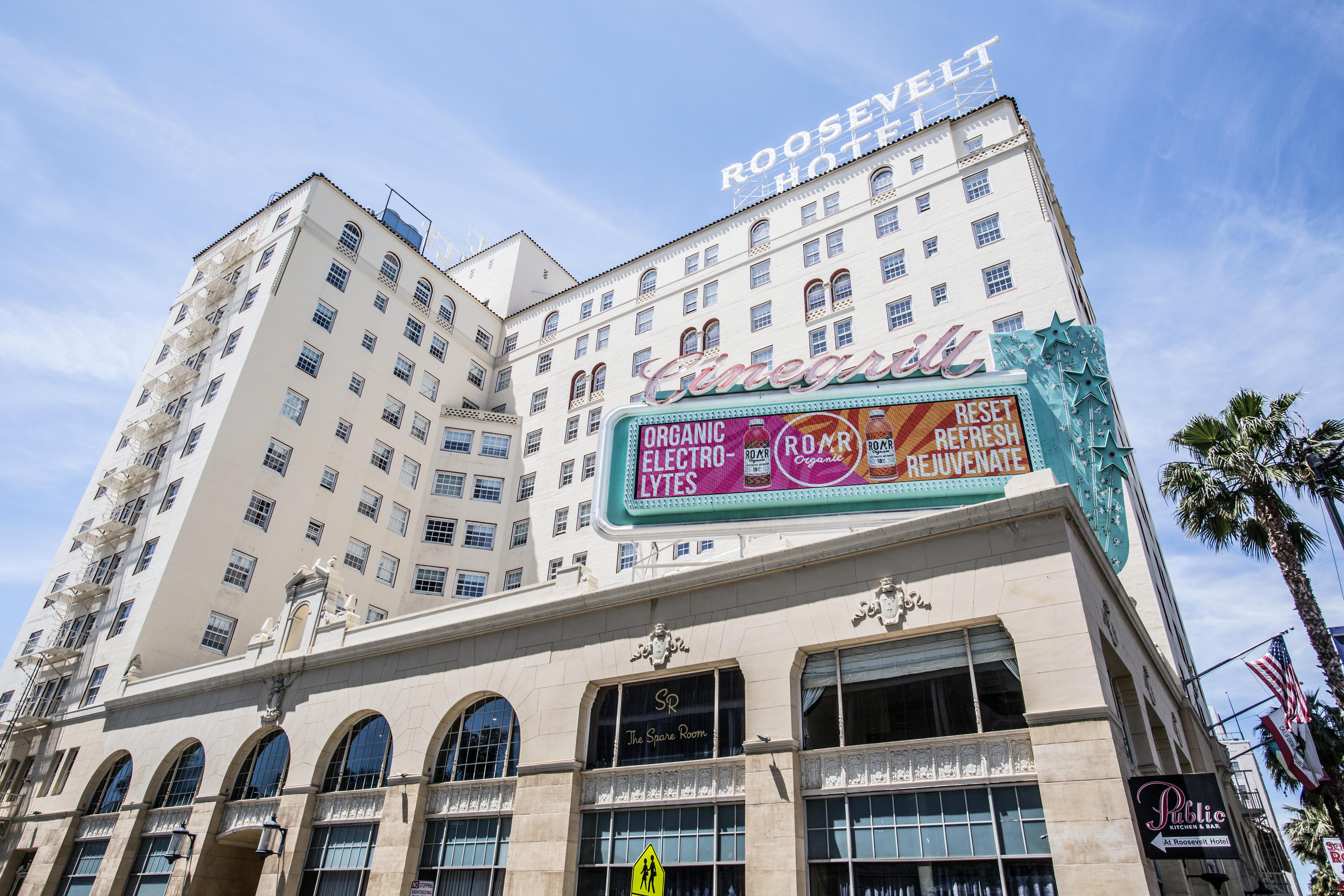 An institution during Hollywood’s golden age, the property’s history is star-studded – it was even the location for the very first Oscars – and many of the silver screen legends who frequented the hotel while alive are believed to have returned since their deaths.

Marilyn Monroe, who spent two years living here and was especially fond of one of its poolside suites, is still seen in the reflection of a full-length mirror in the room, while former Hollywood heart-throb Montgomery Clift has been heard playing his trumpet in the room he stayed in for three months while filming “From Here to Eternity,” 1928. 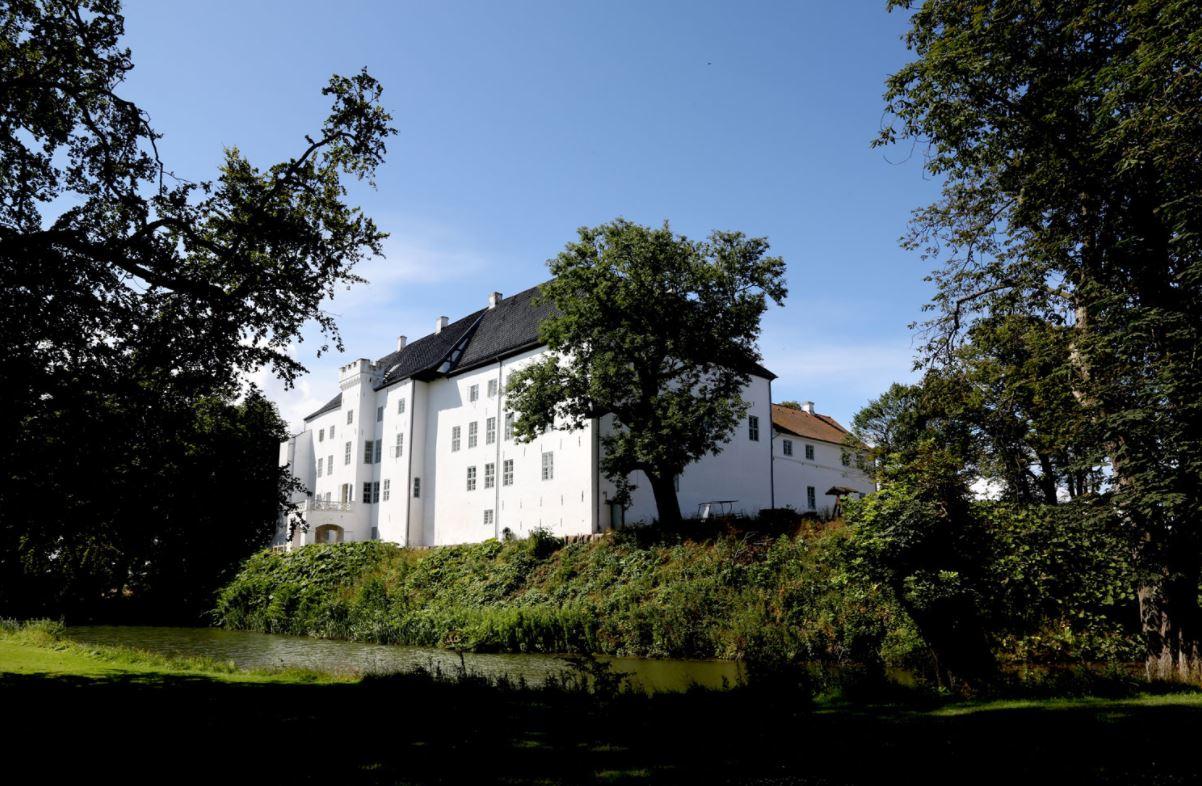 Located in the heart of the beautiful Odsherred peninsula in Denmark, this 800-year-old castle-turned-luxury hotel is regularly hailed as one of the most haunted castles in Europe.

It;s thought there could be as many as 100 ghosts haunting the corridors of Dragsholm Slot.

The three best-known ghosts are the grey lady, the Earl of Bothwell — a Scottish royal and formal prisoner who is said to ride around the courtyard on a phantom horse, and the white lady.

Said to be a young noble who was imprisoned in the castle by her evil father, rumours of the white lady gained momentum after builders in the 1930s discovered a skeleton in a white dress entombed within one of the walls. 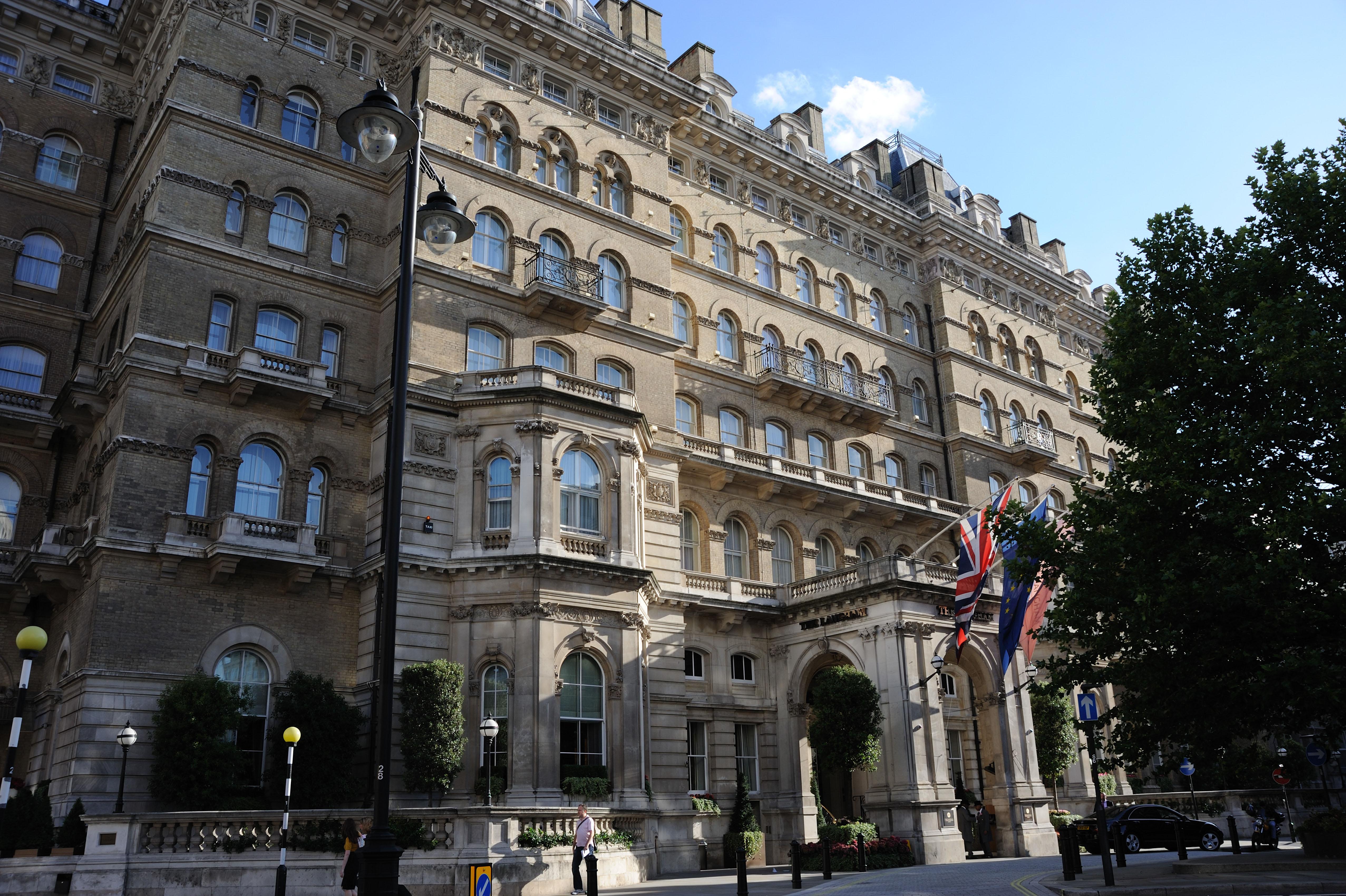 Since opening as the city’s first purpose-built luxury hotel in 1865, the Langham’s guest book reads like a who’s who past and present.

But its celebrity associations also extend to guests who checked in and never left, like Napoleon Bonaparte, who resided in the hotel during his exile and apparently now haunts its basement.

The impressive collection of ghosts also includes dead butlers, footmen and a Victorian-era doctor who killed his wife, and himself, on their honeymoon.

Room 333 is supposedly the most haunted of the guest rooms and is available for any brave travellers. 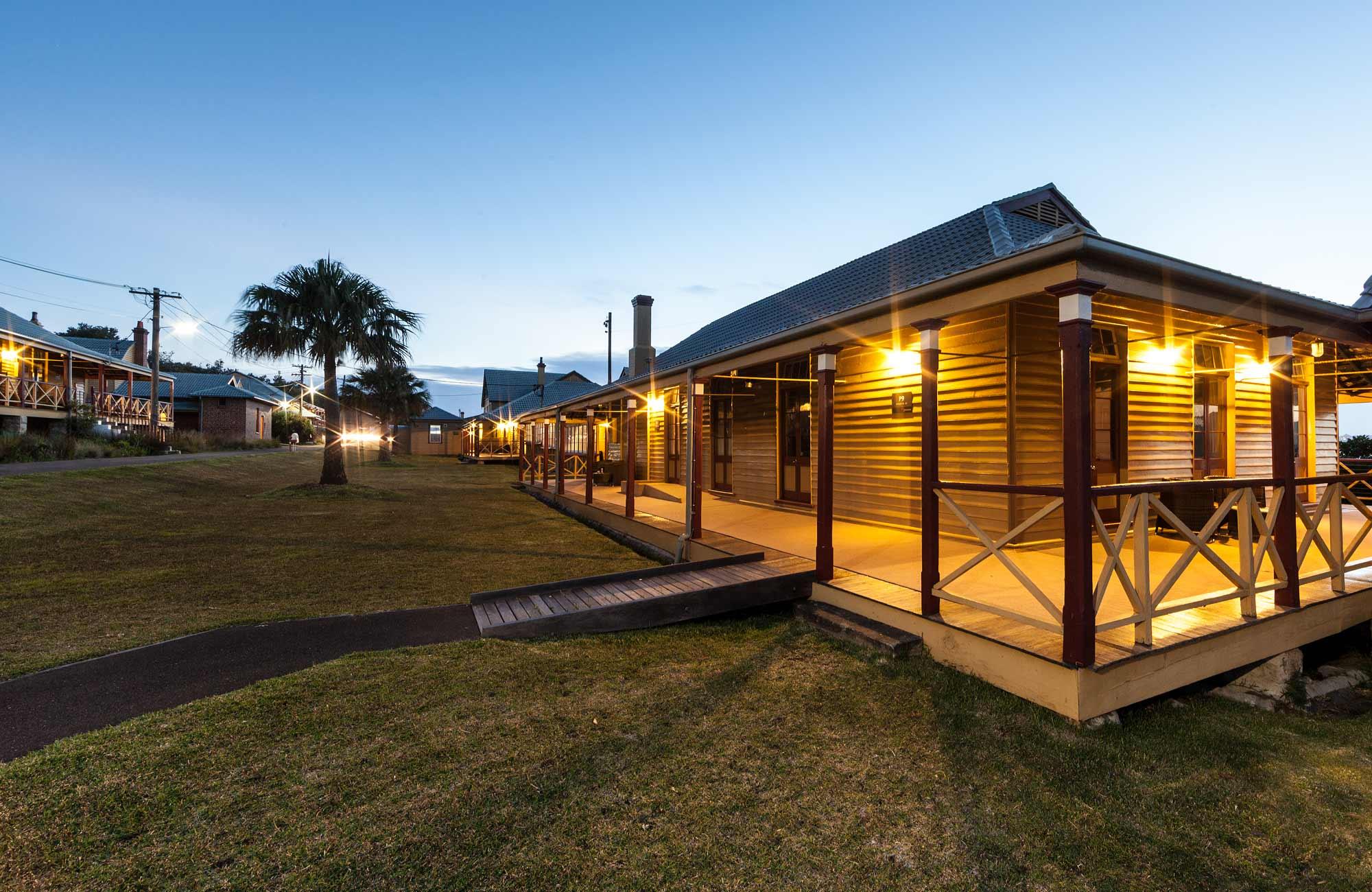 As a quarantine station for bubonic plague, smallpox, typhoid and Spanish influenza, Q Station has a dark place in Australia’s history.

Set up on Sydney’s North Head in 1833 to isolate newly arrive migrants suspected of carrying contagious diseases, during its 150 years of operation close to 600 people died here.

Now a hotel and heritage site,  several nurses, a top hat-wearing mortician, and grave diggers are just a few of the ghosts said to walk the grounds after dark. 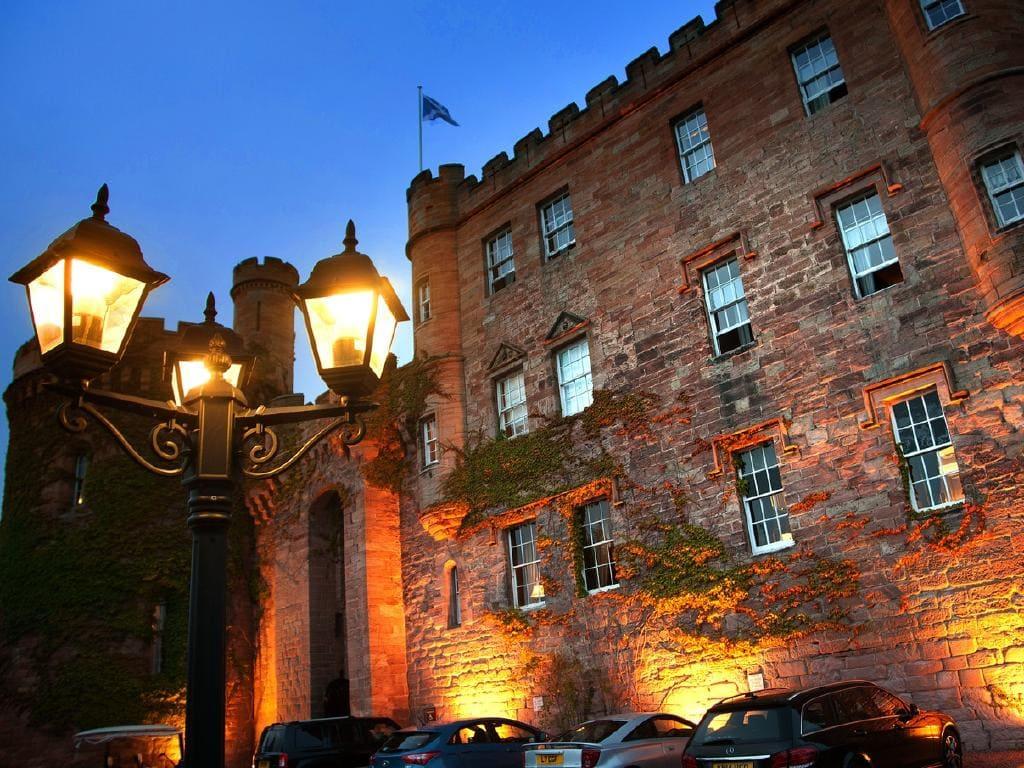 Known as Scotland’s oldest inhabited castle, the 13th century Dalhousie Castle outside Edinburgh has another claim to fame: ghosts.

Phantom footsteps, strange apparitions, wailings, and a history peppered with gruesome deaths have all helped fuel the rumours that spirits roam the halls and grounds of this luxury hotel.

Resident ghosts include Sir Alexander Ramsay who was starved to death in 1342, and Lady Catherine Ramsay — aka the “grey lady” — who is reported to have died of a broken heart.

For those interested in a haunting, the former fortress-turned-luxury hotel has now turned its dungeons into a fine dining restaurant. 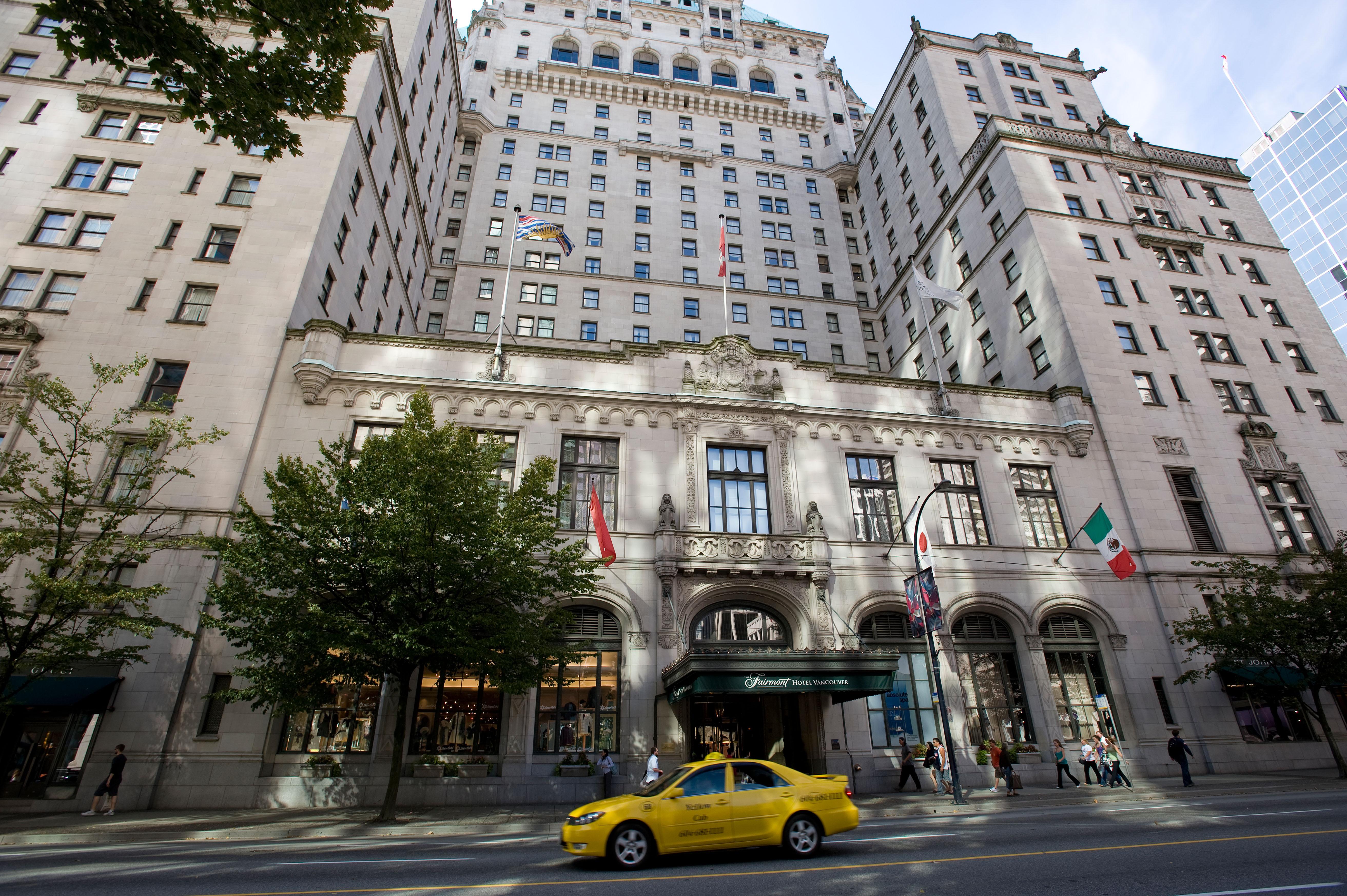 Vancouver’s most renowned haunted hotel, the Fairmont has also reigned as the grandest property in town since its 1939, attracting guests like George VI and the late Queen Mother, with its lavish furnishings and chateau-style architecture.

Most guests are lured by the elegant suites, a day spa and award-winning restaurant, but some check in for the chance of a potential encounter with the hotel’s longest staying resident, the Lady In Red.

The spirit is to be a Vancouver socialite who visited the hotel regularly in life until she met an untimely end right outside its doors in a car accident.

She’s so well known that the downstairs bar even offers a cocktail named after her.

Although she’s been seen all over the property, any visitor keen for a meeting should request a room on the fourteenth floor, which is her preferred stomping ground. 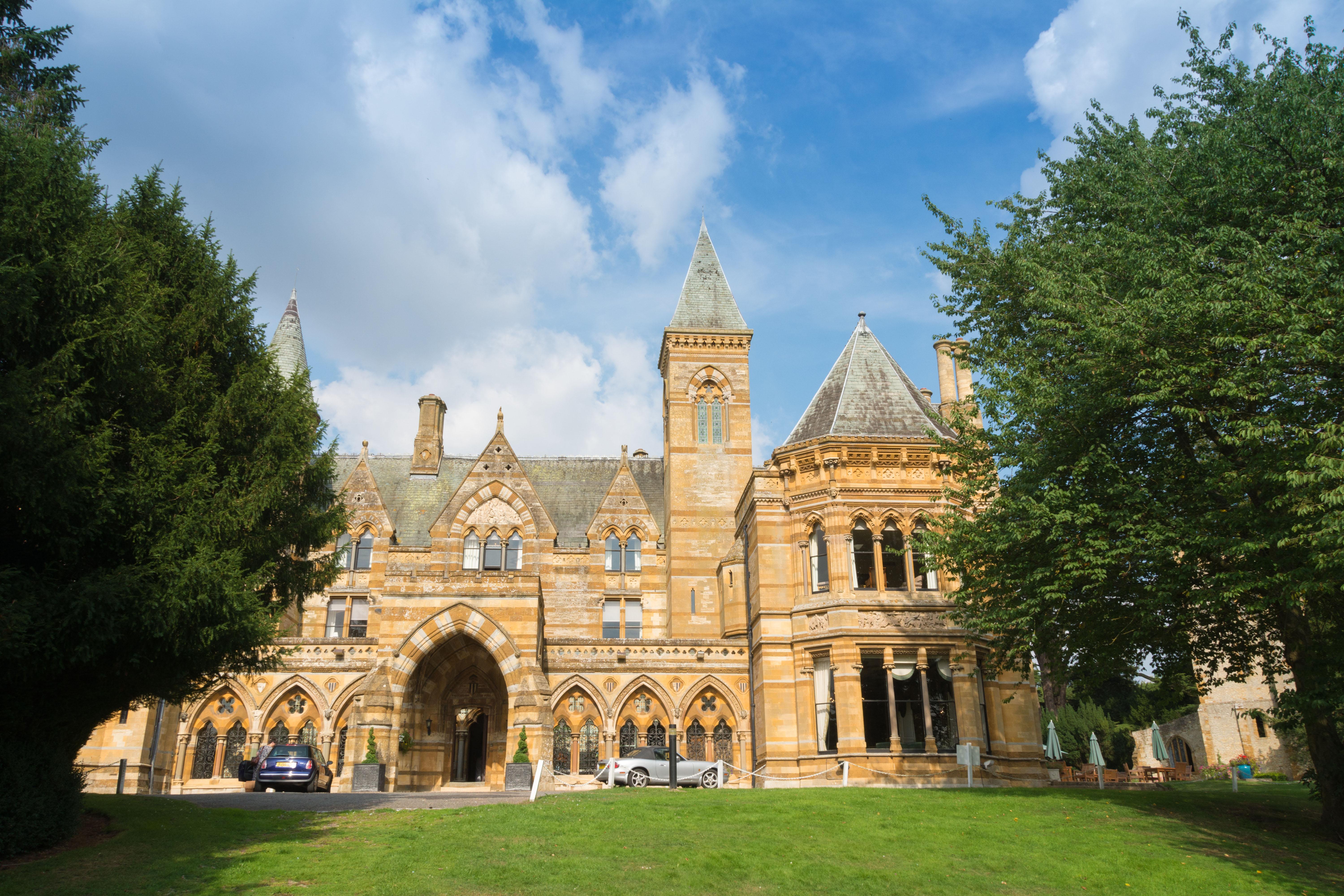 When a property is bestowed the dubious title of “most haunted hotel in Britain”, it’s safe to assume that the place is packed to the rafters with spooks.

Ettington Park’s roots stretch all the way back to the time of William the Conqueror, and there are plenty of ghosts rumoured to wander the corridors.

From floating candles, disembodied voices and old woman in Victorian clothing pacing the conservatory, to an army officer strolling the grounds and a grey lady haunting the foot of the stairs where it’s said she fell to her death.

The property has such a reputation that it was used as a location for ’60s horror flick The Haunting. 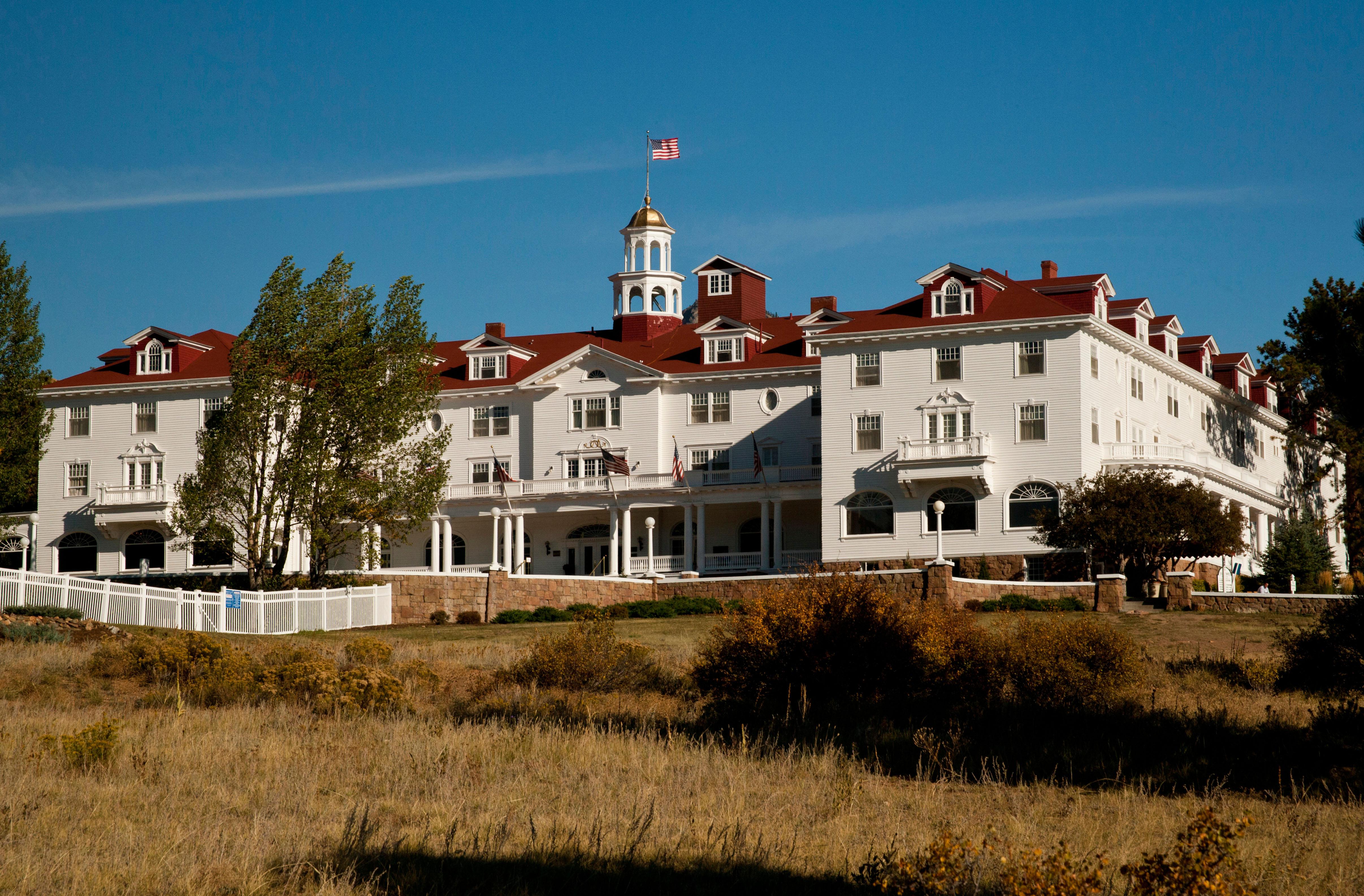 The Stanley Hotel opened in 1907,  and the huge, remote Colorado resort is so creepy that it inspired Stephen King to write The Shining book.

A former housekeeper who died at the hotel in 1911, is often spotted in room 217 and the spirits of the hotel’s founder and his wife are regularly seen passing through the lobby or heard playing the piano in the music room.

According to legend, the creepy kids who featured in the movie are based on childlike giggling frequently heard on the fourth floor around room 418, where the presence of children have been reported laughing and playing outside its doors.

Stephen King himself reported hearing the ghost of a little boy in the room.

If that’s not enough to raise the fear-factor, the hotel also plays the film adaptation of the classic on loop on one of its cable channels.

This article was originally published on Escape.com.au and has been reproduced with permission.