A man with motor neurone disease who has just months to live moved viewers to tears on last night’s episode of The Repair Shop.

Tony Barrett and his wife, Jenny, brought in a handsome Georgian peat bucket they were given as a wedding present 40 years ago and have treasured ever since. They had recently realised the bucket was broken after years of being used to store wood.

In an emotional moment, Tony told restoration expert Dom Chinea that he wanted to fix the bucket as a present for his beloved wife before his condition deteriorated.

‘Because of my reduced mobility, I was not able to get out and about to get this done as a surprise for Jenny,’ Tony explained, his voice wavering. ‘What I wanted to do was, if we could get it repaired in time, was for it to be a memento for Jenny after I pass on. That’s why I’m so grateful to you for kindly doing something to it.’ 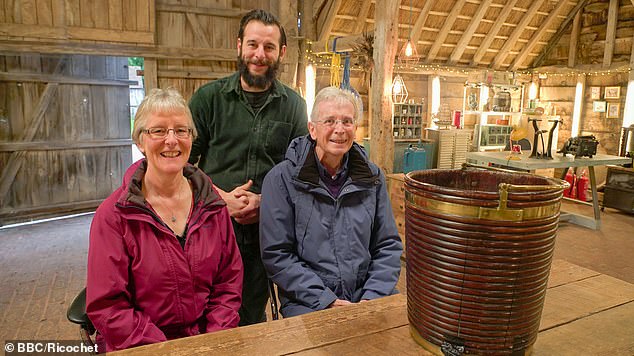 Tony and Jenny Barrett brought in a handsome Georgian peat bucket they were given as a wedding present 40 years ago and have treasured ever since. Pictured, the couple with restoration expert Dom Chinea and the bucket after it had been restored

Jenny added: ‘We get the continuation of an item that will be in our new house… even when he isn’t.’

The heart-wrenching story struck a chord with viewers at home.

One tweeted: ‘How the hell can a program about repairing a bucket fill me with tears? I don’t know but the Repair Shop has managed it. #repairshop.’

A third wrote: ‘Well done #BBC, I’m in tears already over a bucket. #Repairshop. What a truly wonderful couple. Best get the tissues ready for when they collect it.’

Speaking from the workshop, Dom explained that the repair work itself would be straightforward but that he wanted to take extra care over the piece because of the emotions involved.

He was able to carefully restore the piece, rejoining the body of the bucket with the base that had previously been held together with tape. 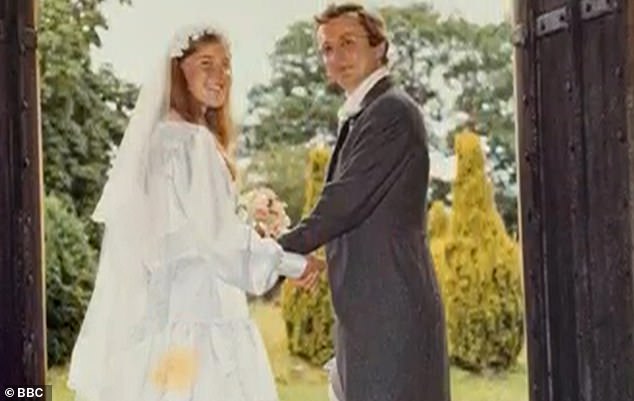 Tony explained they had been given the peat bucket by his cousin as a wedding present 40 years ago (pictured on their wedding day). The bucket was recently broken 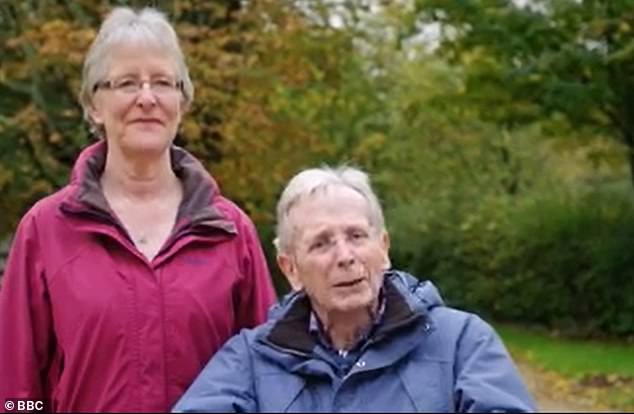 Emotions were running high when Tony and Jenny returned to collect the bucket at the end of the episode (pictured). Tony said he was ‘absolutely over the moon’ at the results

Emotions were running high when Tony and Jenny returned to collect the bucket at the end of the episode.

Tony said: ‘It’s all rather poignant because I have this condition and obviously there is going to be an end point sometime soon, in the next few months, which is why it’s such a nice thing to come back today and to have achieved the memento I wanted for Jenny.’

The couple were delighted with the results, and Tony added: ‘I am absolutely over the moon that we got it fixed as a memento for our time together.’