Back to the drawing board! Baffled internet users share snaps of utterly bizarre design fails – including a toilet placed in the middle of a STAIRWAY

Bemused internet users have shared the most hilarious design fails they have come across in their daily lives.

In an amusing thread compiled on Bored Panda, users posted a series of baffling sightings – including a toilet placed in the middle of a stairway.

Elsewhere a few hastily compiled questionnaires left users thoroughly confused, with one asking if they had ever been in an accident that ‘resulted in their death’.

And one retirement home surely regretted putting a fire alarm switch next to the light switch, in a compilation of very funny fails. 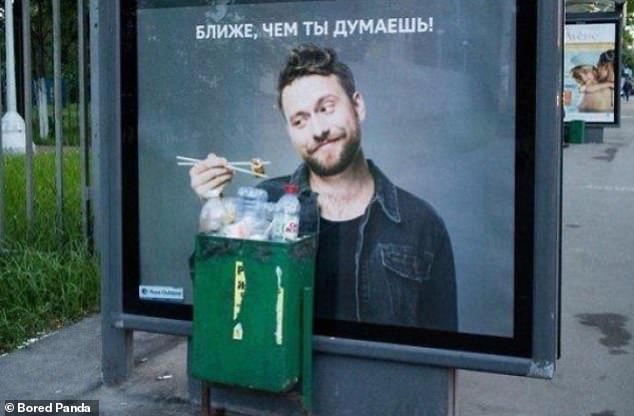 In a hilarious Bored Panda thread, people from around the world shared the funniest design fails they have ever come across. One passerby spotted this unfortunately placed advert while on holiday 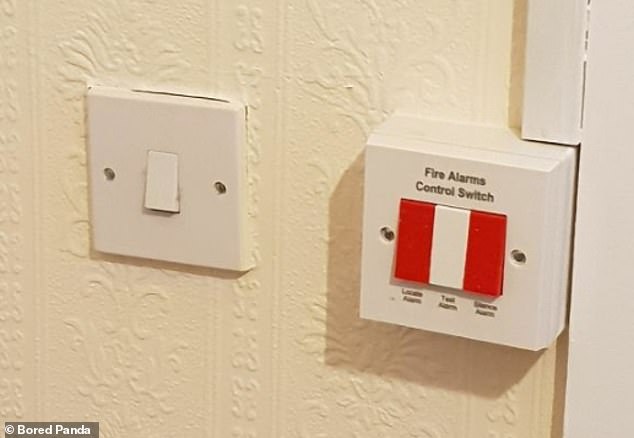 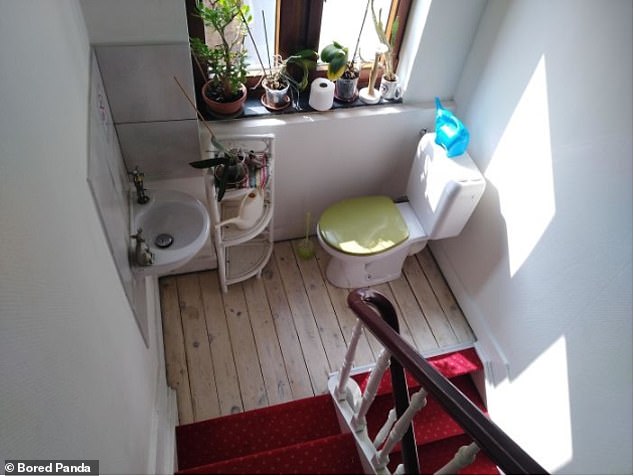 In one instance an innocent Airbnb guest was left perplexed on stumbling across a toilet placed in the middle of a stairway, making for very awkward run-ins in the corridor 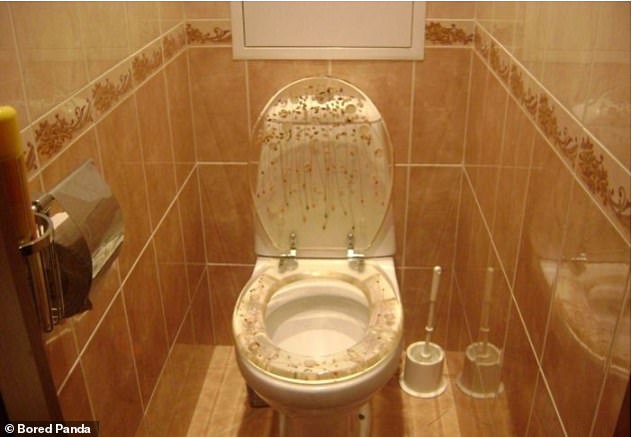 And what may have initially seemed a good idea turned rather more revolting, when the design for this golden toilet seat turned into what resembled dripping fluids 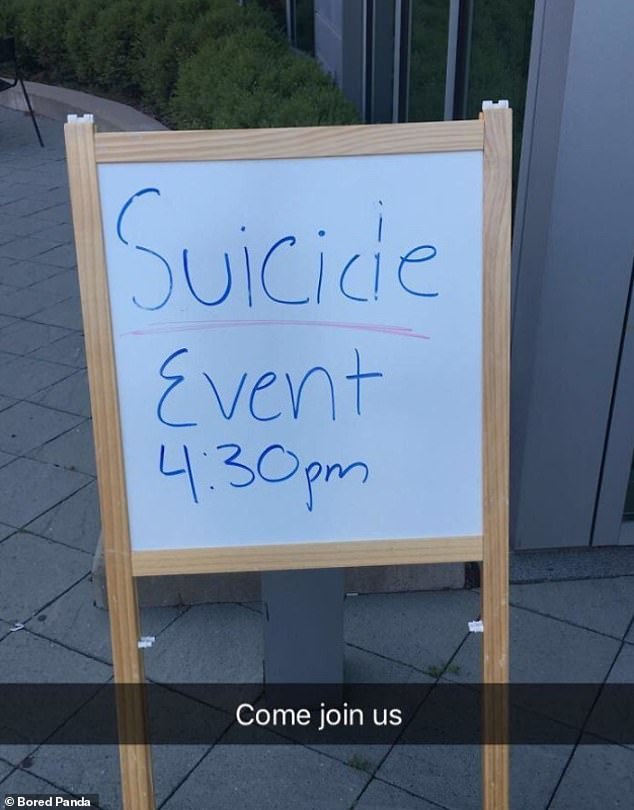 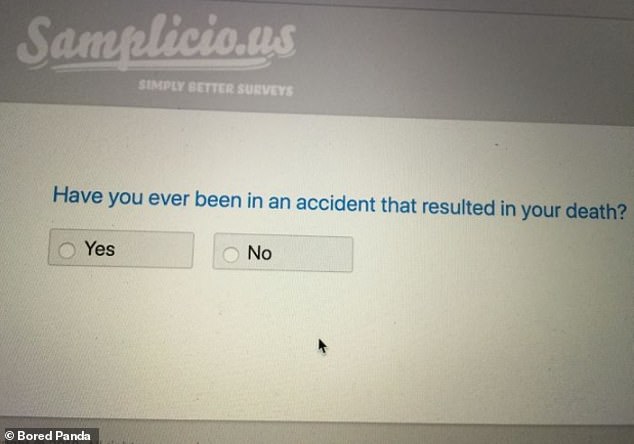 One form user was left rather perplexed when a questionnaire asked him whether he had ever been in an accident that had resulted in his death, in the hilarious thread of design fails 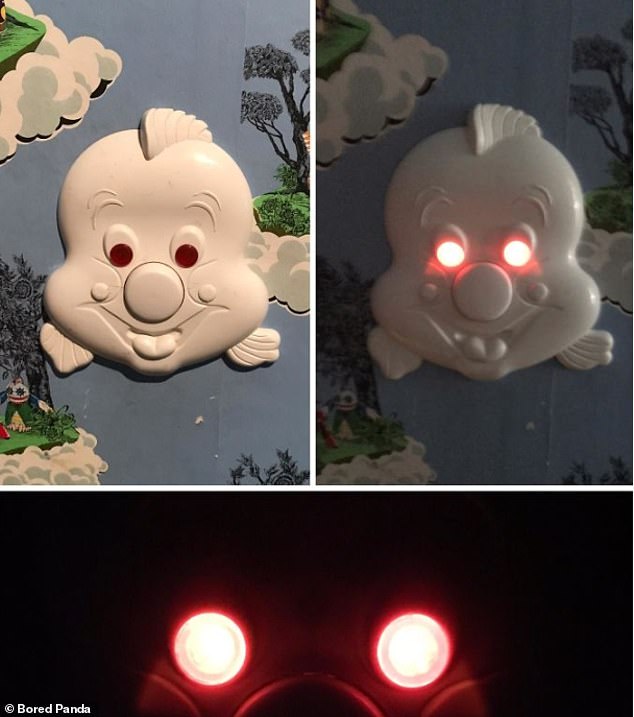 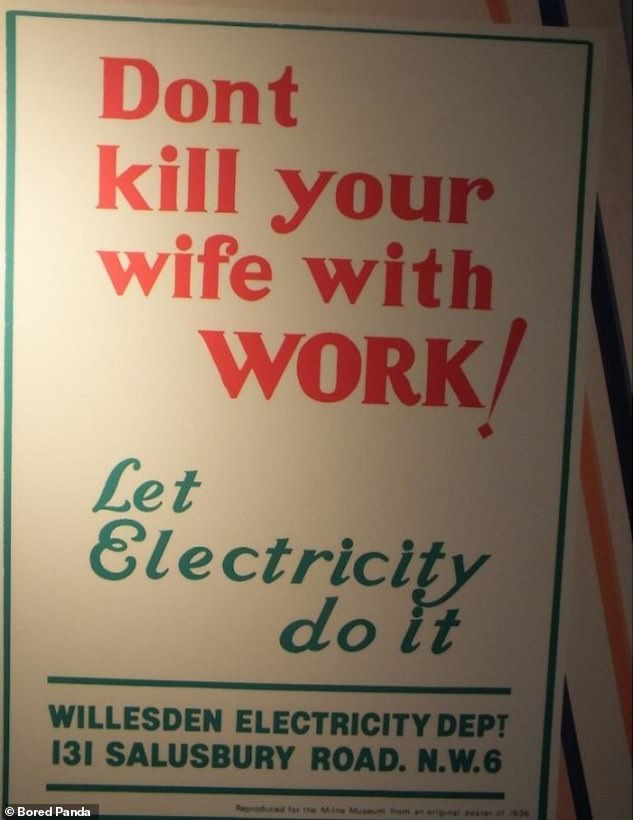 Elsewhere a North London electricity company’s slogan would surely leave most unsuspecting wives filled with fear, in a series of hilarious design fails 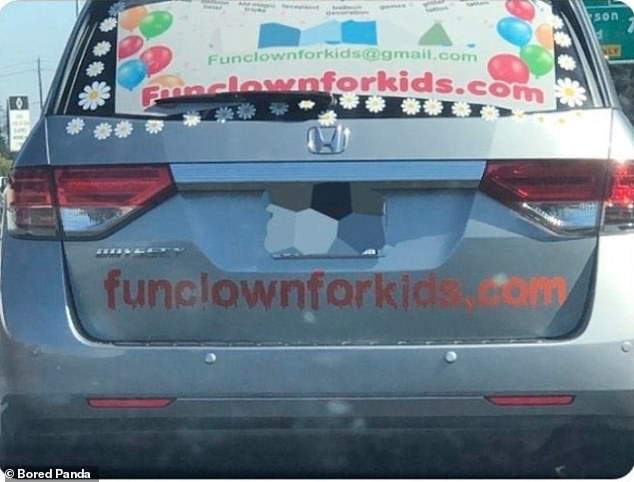 And an advert for ‘fun clowns for kids’ was perhaps not the most appealing as it appeared to be written in fake blood, in the series of design fails 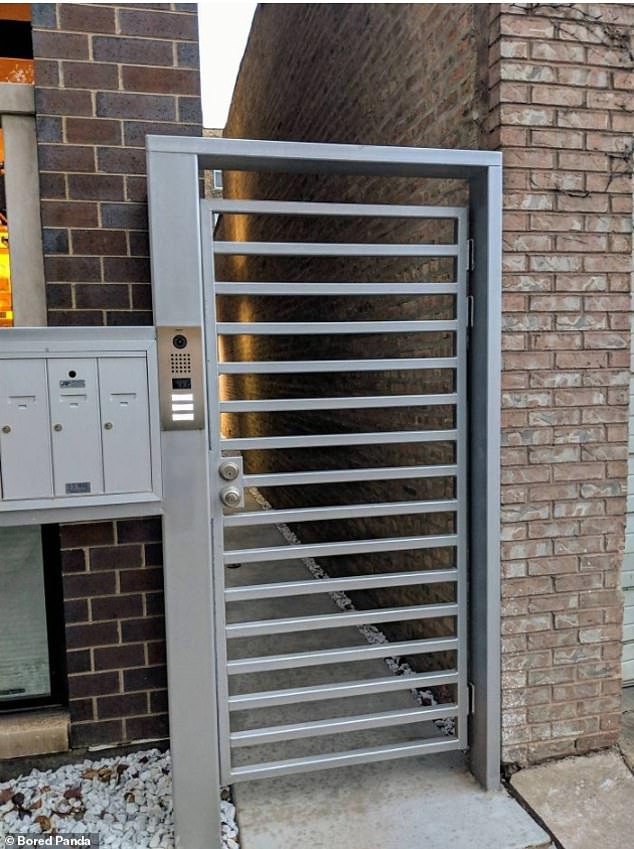 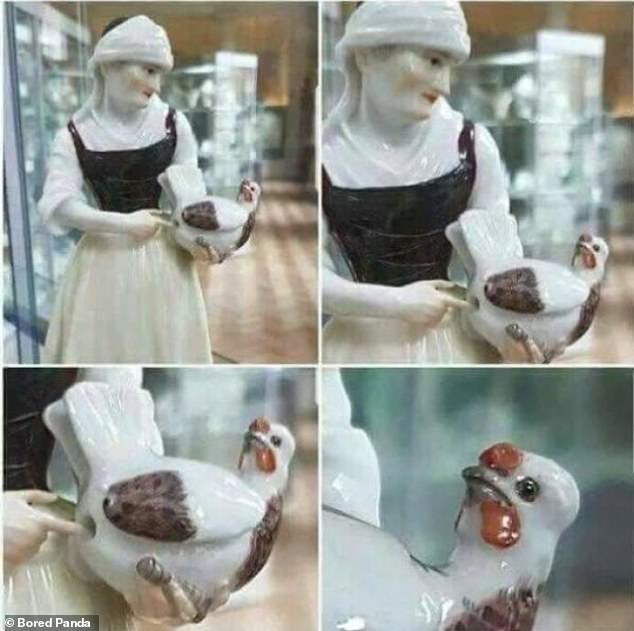 And a statue of a woman cradling a chicken was rather less angelic after the placement of her finger was revealed, in a series of hilarious design fails 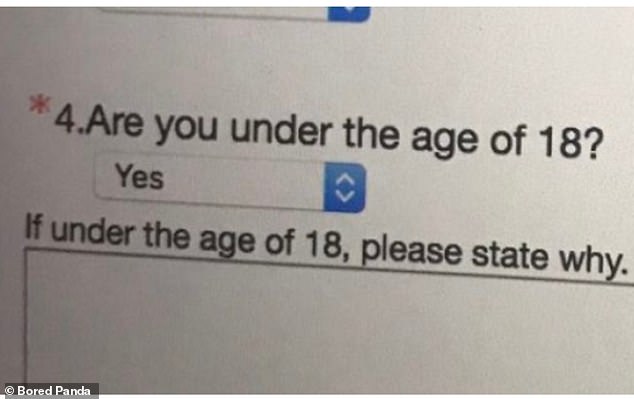 Meanwhile in another questionnaire fail, one young user was left confused upon being asked to explain why he was under the age of 18 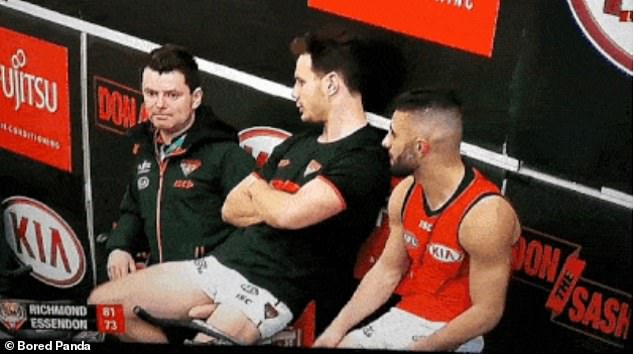 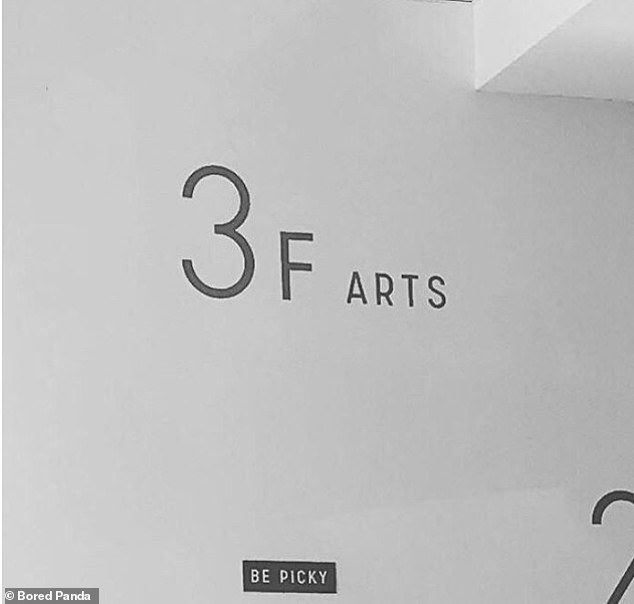 And an art school was less than arty when their design spelled out ‘3 farts’ and was made all the more amusing by the addition of a ‘be picky’ slogan, in a series of funny fails