TESCO has explained why it has rationing limits on certain products after the supermarket confirmed it's started stockpiling in case of Brext shortages.

Shoppers have noticed buying restrictions on items including nappies, baby formula and pasta. 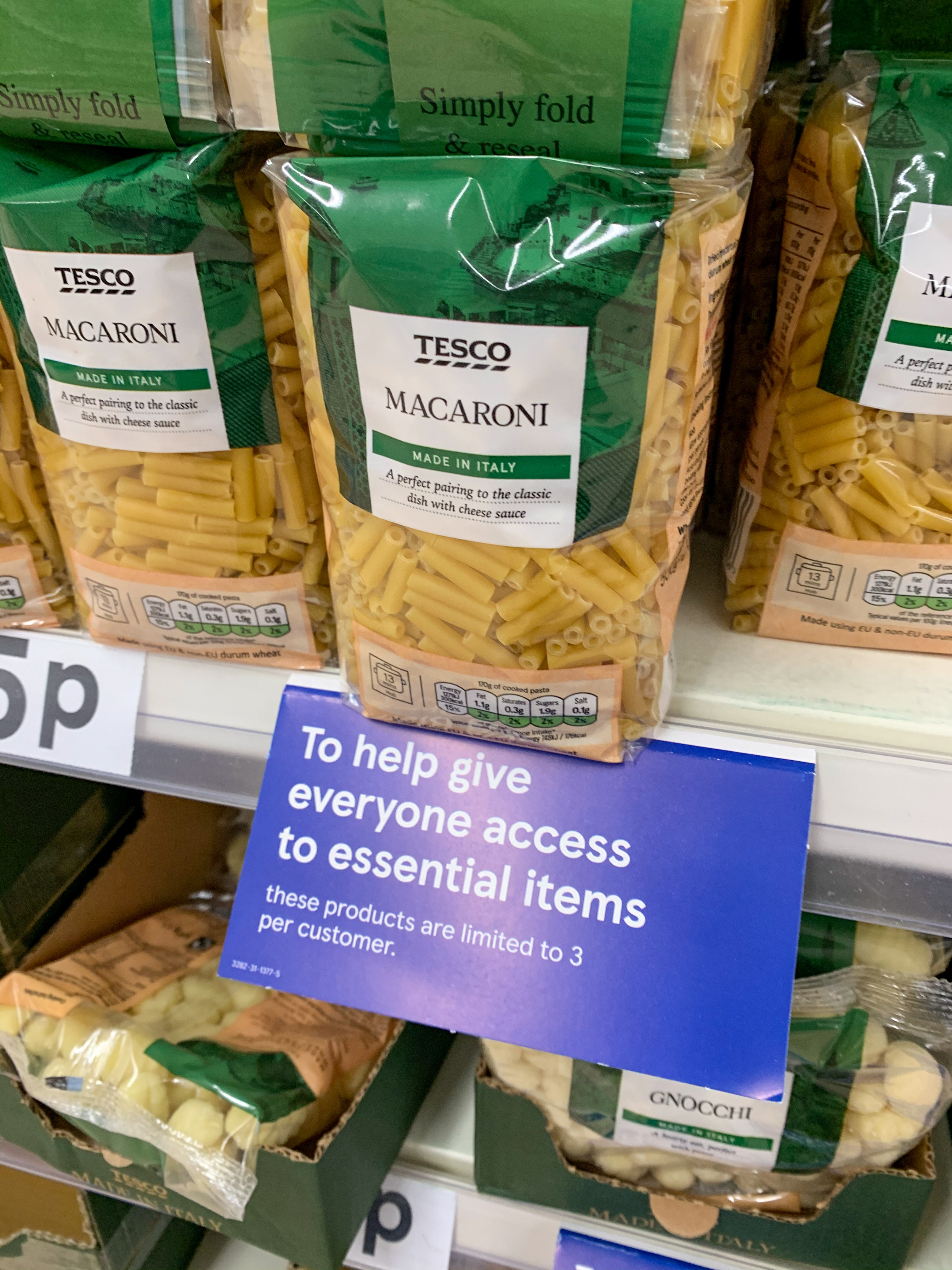 Pictures from inside one store in Ely, Cambridgeshire, show restrictions on products including Pampers, Cow & Gate, plus Tesco own-brand and Napolina pasta.

These items have all been limited to no more than three per customer.

The signs read: “To help give everyone access to essential items these products are limited to three per customer.”

But a spokesperson from Tesco confirmed to The Sun that some of these restrictions were first brought in on September 25, across all its stores, because of the coronavirus crisis, not ahead of Brexit. 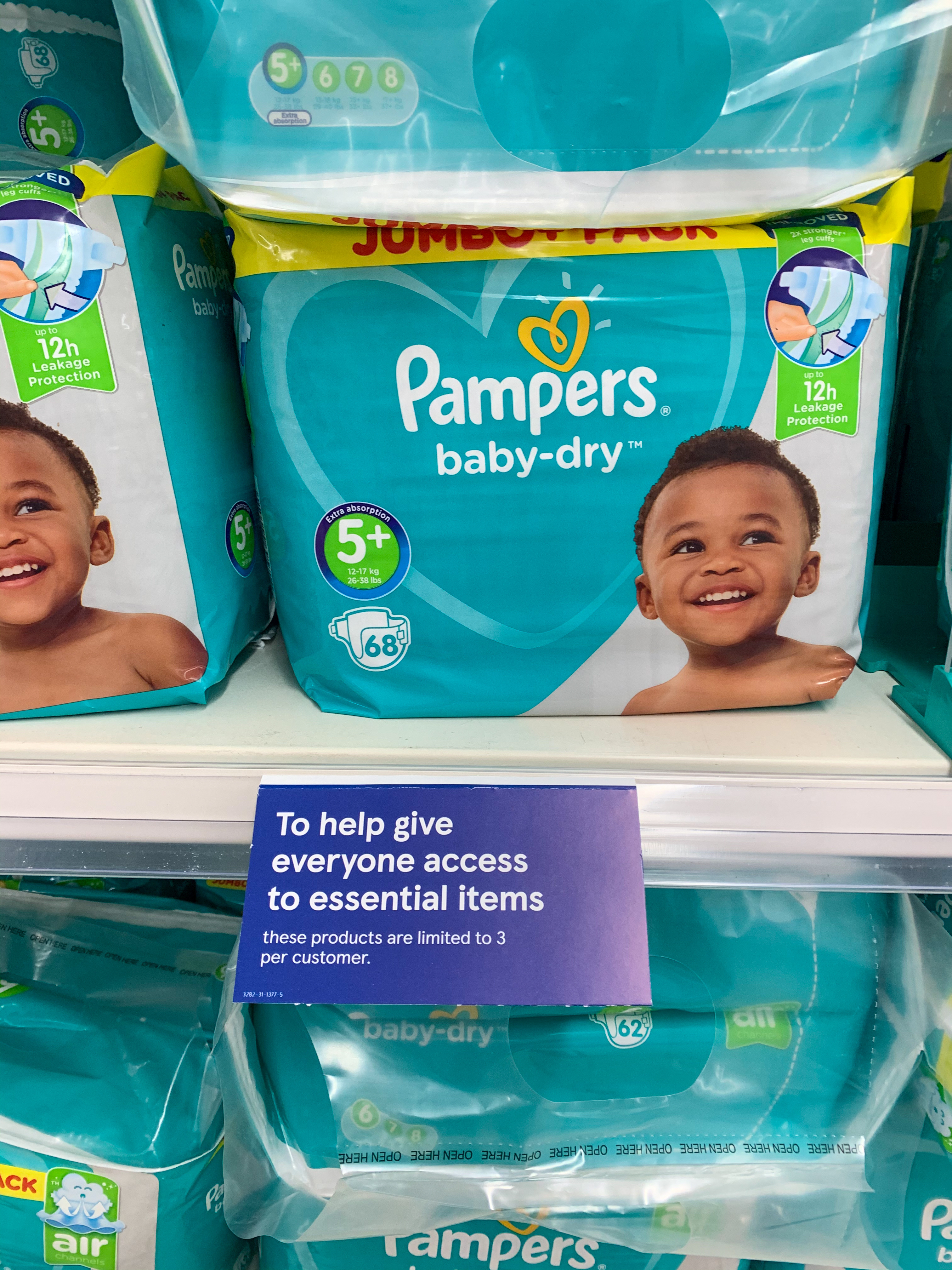 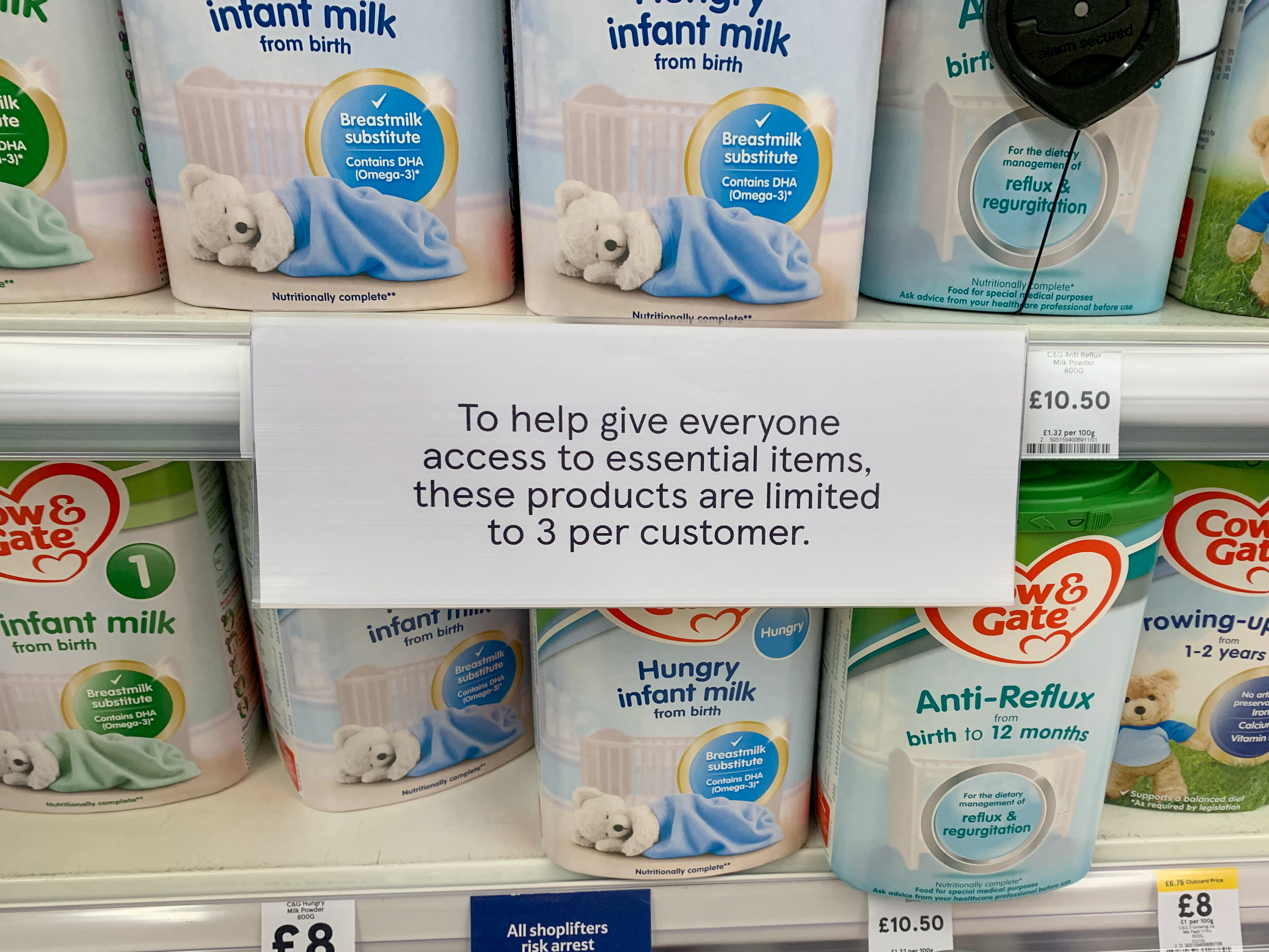 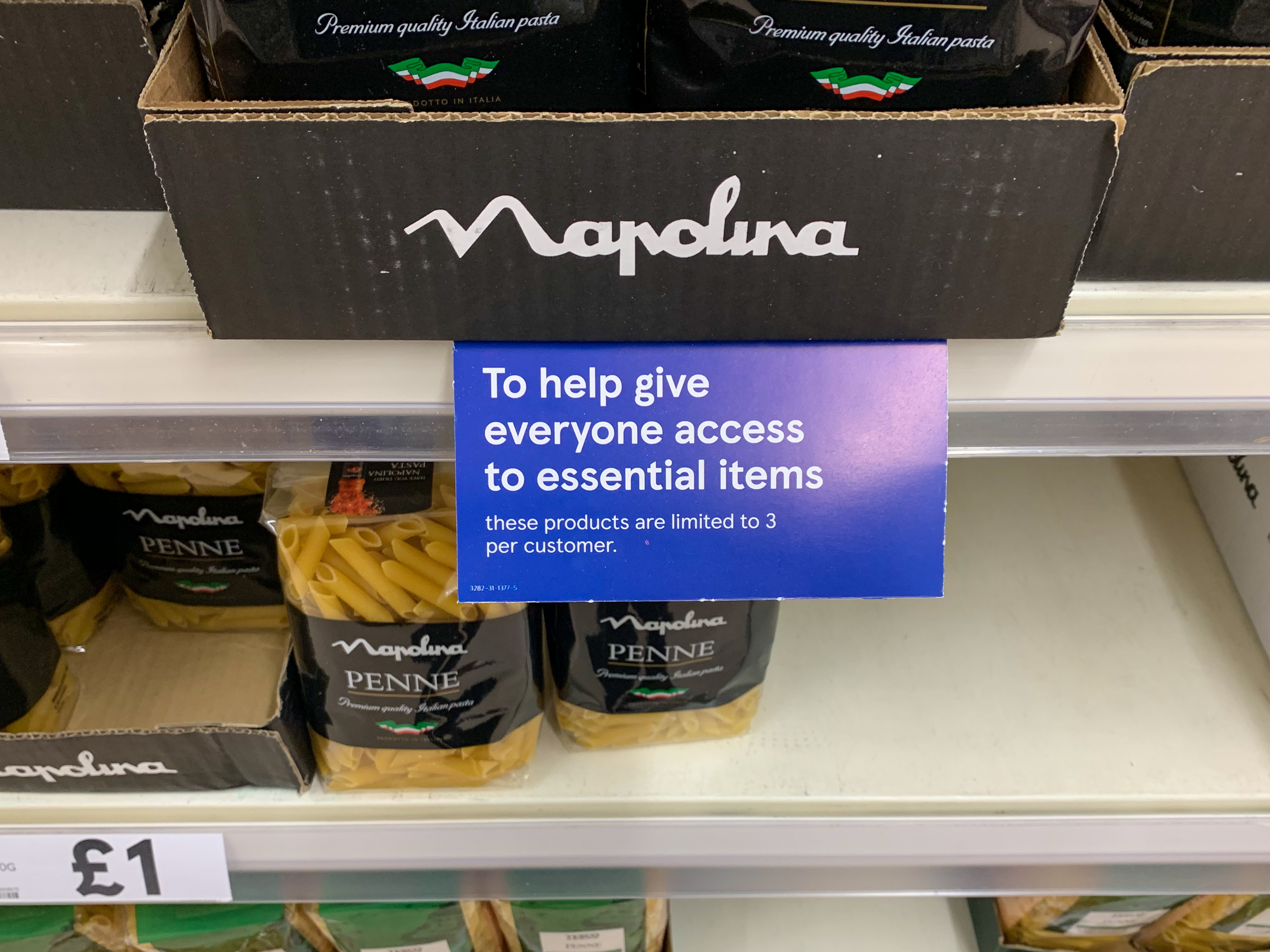 HERE are the latest supermarket rationing rules for Tesco, which were brought in place because of coronavirus:

There's a limit of three per person in store on five items:

There will be further limits added to some items online, such as rice and canned veg.

There some existing online restrictions which have been in place for some time, including on:

Tesco has had a limit of 95 items per online order in place since April.

It added that the restrictions on nappies and baby milk are incorrect, and said the sign was place in front of the wrong products.

You can read a full list of what buying limits are in place in the box above.

Tesco said the restrictions are not in place because of Brexit fears.

When Tesco introduced the limits in September, the supermarket confirmed it had good available of stock, while its boss Dave Lewis also urged customers not to panic buy.

Tesco has had a limit of 95 items per online order in place since April.

The explanation of its buying limits comes after Tesco this week said it had started stockpiling long-life goods in case of problems at the end of the Brexit transition period on December 31.

Chairman John Allan said he refuses to rule out the possibility of shortages from January 1 – but predicted any disruption would only be for a “limited period”.

He spoke as hopes of a trade deal continued to fade after Boris Johnson and Ursula Von Der Leyen ended talks without agreement last night.

The European Commission has given the UK and European Union until Sunday to make a decision on the future of trade talks between both sides.

Tesco chairman Mr Allan previously told the BBC that food bills could climb by an average 5% in the event of a no-deal Brexit.

Meanwhile, Environment Secretary George Eustice acknowledged this week that there will be "some impact" on food prices if the UK fails to get a trade deal with the EU.

He said: “Obviously if we don't have a trade agreement with the EU we will be applying tariffs to some of those imports and that's likely to mean that in the short term there would be a small, modest increase in food prices.”

Stores including Aldi, Lidl, Waitrose, Sainsbury's and M&S don't have any buying restrictions in place.

Shoppers have been urging supermarkets to start putting limits on popular items amid fears of panic buying.

But supermarkets have urged customers not to stockpile and reassured shoppers there is plenty of stock, as well as enough delivery slots.