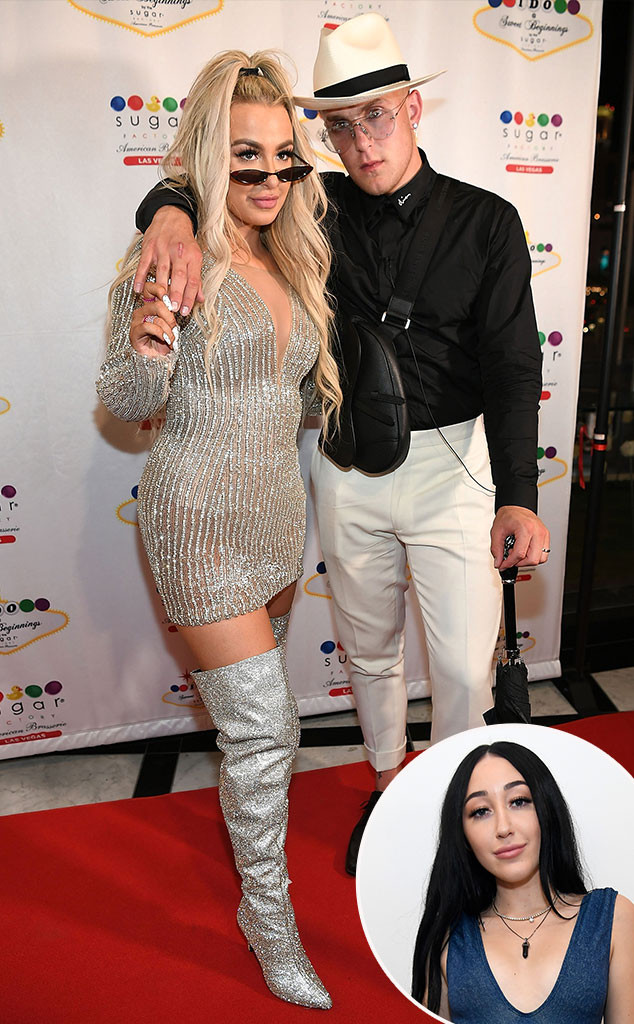 Did Tana Mongeau just confirm her relationship with Noah Cyrus?

The YouTube star, who married fellow celeb Jake Paul over the summer, is sparking romance rumors with Miley Cyrus‘ younger sister after referring to the “July” singer as her “girlfriend” in a new video. On Tuesday, Tana posted a YouTube video entitled, “i took my girlfriend’s phone and flirted with my best friend. prank????” In the video, Tana takes Noah’s phone and sends messages to their fellow pal Imari, pretending to be Noah.

“sorry Noah. sorry Imari,” Tana captioned the video. “i’ll go back to being crazy by myself.”

As fans of Tana will recall, it was just last month that Tana addressed speculation about her and Noah, while also acknowledging her and Jake’s open marriage. When asked what’s going on with Noah, Tana replied, “I don’t know.”

Tana also replied to a fan who asked “how good” Noah is in bed, saying, “Very.”

Speculation about Tana and Noah’s relationship comes about seven months after Tana posted a video saying that Noah “hates” her because of her relationship with Noah’s ex, Lil Xan.

However, Noah then took to Twitter to respond to Tana, explaining that she didn’t hate her.

“lol this is hilarious i deff dont hate you and for sure turned the opposite direction of you no shoulder check,” Noah tweeted. “lets hangout and talk about how bitchy girls are to other girls @tanamongeau dm me.”

After clearing up any drama, Tana and Noah started spending time together, posting photos from their hangouts on social media.

While fans continue to speculate, Tana and Noah have yet to officially confirm their relationship status.

Take a look at the videos above to see why fans are speculating about Tana and Noah’s relationship status!