When Danish architect Jørn Utzon won the international competition to design the Sydney Opera House in 1957, accessibility issues for people with disabilities were not foremost on his or the judges' minds.

There was an outcry about the 70 or so steep podium steps, with five people injuring themselves – one even breaking a limb – before the building's gala opening in 1973. 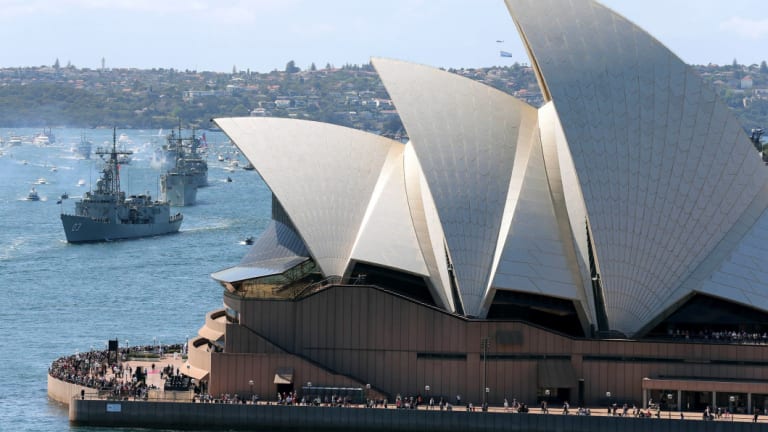 The Opera House opened in 1973. Credit:AP

When work began on the interiors in 1969, the idea of escalators, which had once been mooted, had been scrapped for aesthetic and structural reasons. Elevators for wheelchair access and for people with mobility issues were an afterthought.

But now, a decade after the Danish designer's death on November 29, 2008 and thanks to a multi-million dollar renewal program, that is about to change.

Friday night's opening night performance of The Australian Ballet’s Cinderella will see patrons with limited mobility or wheelchair users able to take in the stunning views from the Joan Sutherland Theatre’s northern foyer for the first time, as the Opera House officially opens a new accessible passageway and lift. 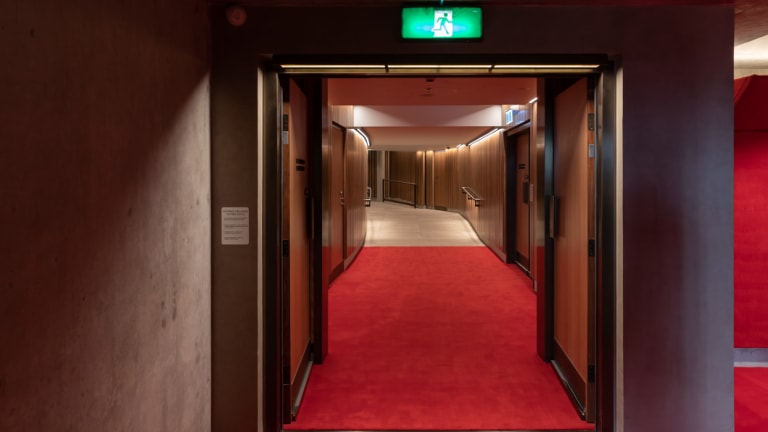 For Max Burt, an inclusion champion who runs the charity Wheel Easy, which lobbies for better wheelchair access throughout Sydney, this move is important as it means people like him in a wheelchair can experience the building the way others do.

“I have been a wheelchair user for over 19 years and have been coming to the Opera House for the seven years I have been living in Sydney, however today is the first time I was able to reach the Joan Sutherland Theatre’s northern foyers and see for myself the fantastic harbour view," he said. 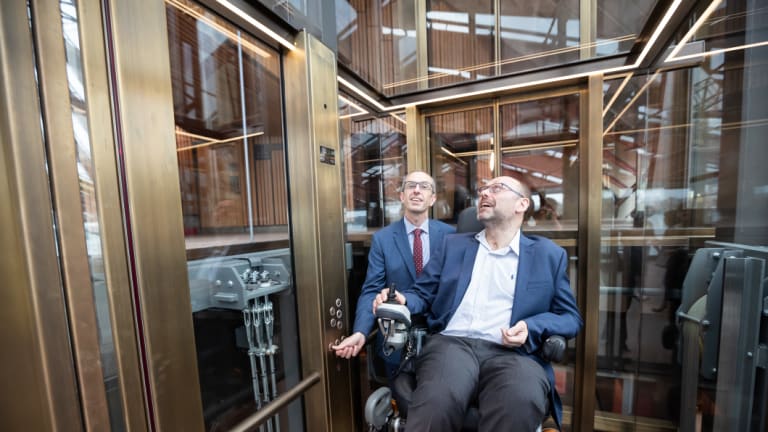 "The harbour view always takes my breath away but to see it like this for the first time as nobody in a wheelchair has ever seen it before is really something special,” said the former manager of a London advertising agency who was paralysed after a near fatal accident with a fire engine.

The building upgrades which are part of  the Opera House’s Decade of Renewal works have been done by seamlessly inserting a new passageway through utilities and back of house spaces using historic precast floor finishes, brush box timber cladding and bronze trim elements to make the works blend almost indistinguishably into the existing building. 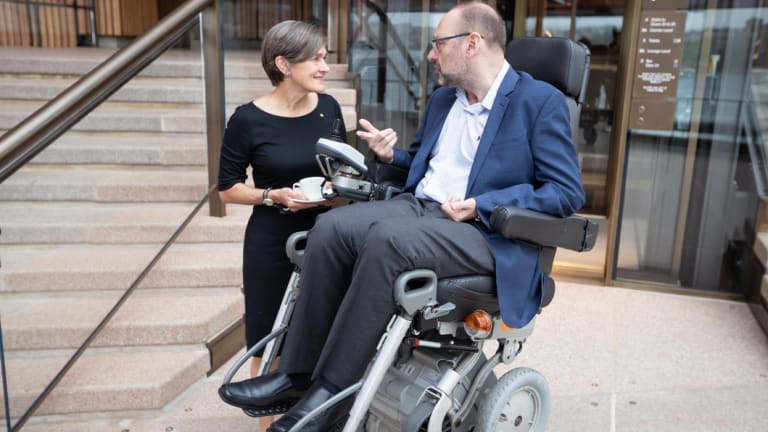 Even the granite was sourced from the same quarry in Portland where the original stones came from. Work on another lift from the box office area was recently suspended when contractors discovered the footings of the original Fort Macquarie, the castellated battlement fort built in 1798 at Bennelong Point.

The final goal, when that lift is completed, is for patrons with mobility issues to be able to come all the way from the car park to the northern foyer via the lifts and the new passageway.

On a tour of the glass walled and roof lift on Thursday, Opera House CEO Louise Herron, said the finishes, including the brass finishing of the hand rails, has been done so as to fit in as much with the current Opera House interiors.

"Over time the brass railings will have a beautiful sheen from people rubbing them just like the nose on the brass pig at Sydney Hospital on Macquarie Street," she said. 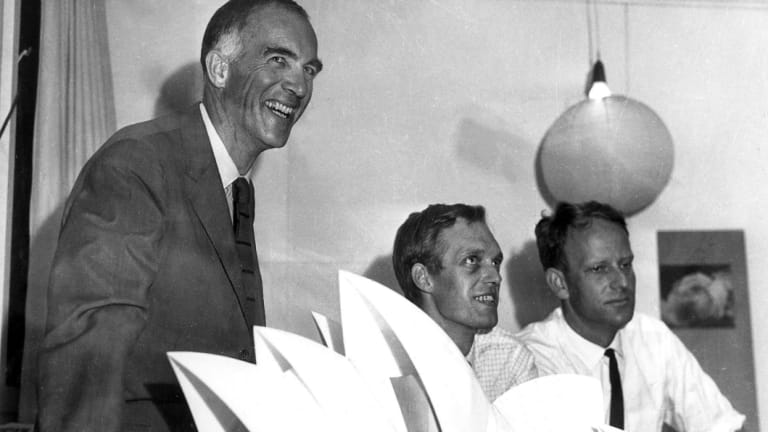 Jorn Utzon, left, with a model of the Opera House in 1966.Credit:Geoffrey Bull

Janelle Ryan, who is the accessibility manager at the Sydney Opera House says she expects the new glass walled lifts will be popular not just with people in wheelchairs, the elderly, people with canes or walkers or simply those who struggle with stairs.

"I'm sure tourists visiting the House will want to catch the lifts just to take in the views," she said.