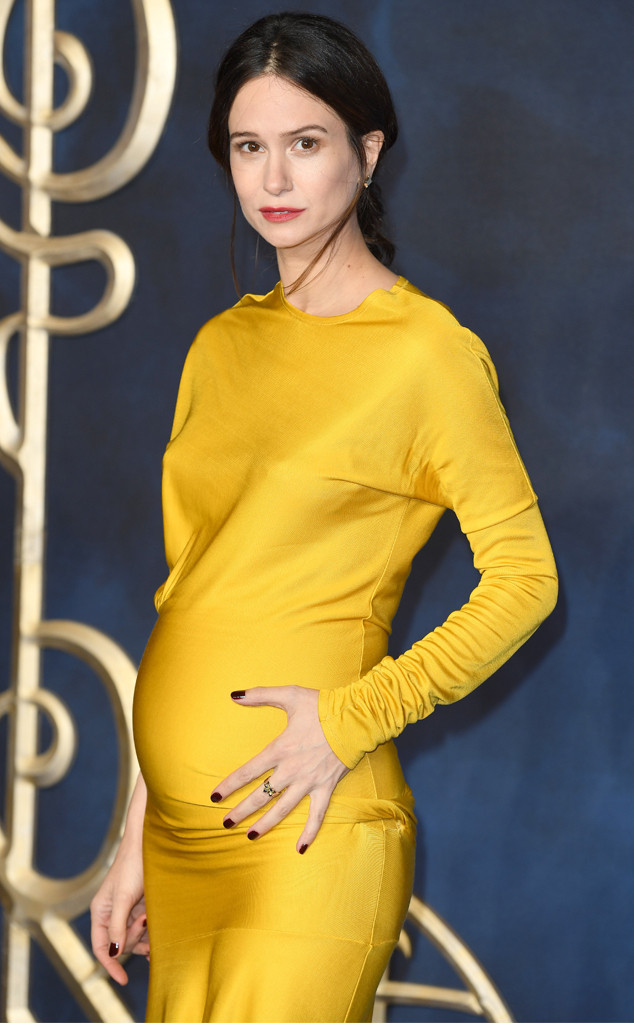 Don’t be fooled, Muggles: This is no magic trick!

Actress Katherine Waterston surprised fans—and a few co-stars, apparently—when she revealed her pregnancy at the London premiere of Fantastic Beasts: The Crimes of Grindelwald. Wearing a Calvin Klein gown, the 38-year-old actress placed her hand on her baby bump and smiled for the cameras. Co-stars Ezra Miller and Alison Sudol were later seen rubbing her belly.

Waterston posed with the entire cast at Cineworld Leicester Square, including Johnny Depp, Dan Fogler, Claudia Kim, Zoë Kravitz, Jude Law, William Nadylam, Eddie Redmayne and Callum Turner. Waterston, who is quite private, has not commented on her pregnancy publicly. 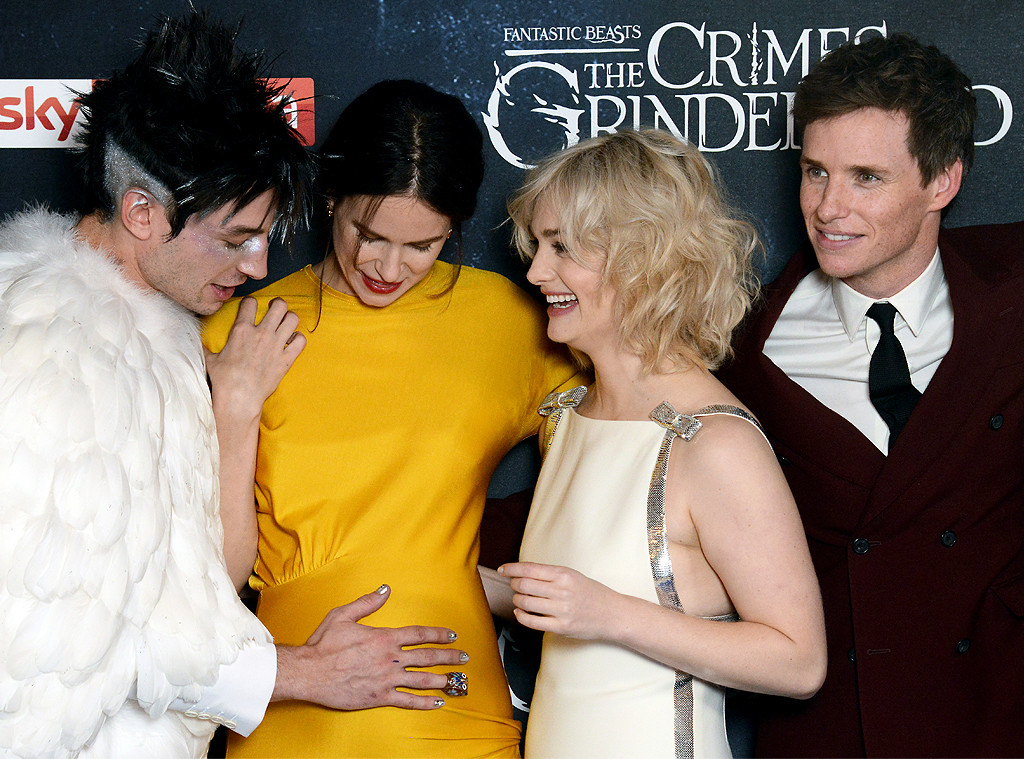 Waterston has not yet revealed the identify of her child’s father.

The actress reprises her role as Porpentina “Tina” Goldstein in the Fantastic Beasts sequel (in theaters Nov. 21), after first starring in 2016’s hit Fantastic Beasts and Where to Find Them. Waterston previously starred in Alien: Covenant, Logan Lucky, Michael Clayton and Steve Jobs.