The Australian government is warning hundreds of thousands of Australians trapped overseas will be forced to stay where they are for "a longer period until departure can be arranged or border closures are lifted".

The stark warning from the Department of Foreign Affairs and Trade comes as the company hoping to operate a repatriation flight for some Australians trapped in South America by the novel coronavirus pandemic says it is at the "mercy of all authorities", and will prioritise flights home for Australians in Lima, Cusco and Buenos Aires. 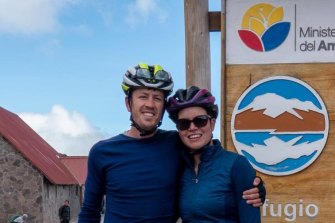 Matthew and Gabe Ryan were cycling the length of South America when the coronavirus lockdown trapped them in Peru.

Chimu Adventures has been in talks with the Peruvian and Australian governments about operating repatriation flight from a military base, which they hope can take place early next week.

"The Lima and Cusco flights are filled enough to fly, with some business class seats still available, we will have more information on departure times early next week. For travellers on the Buenos Aires flight, it is not at capacity yet, we continue to work on the logistics of this potential flight," read a statement issued by the company on Tuesday evening.

"For travellers who have managed to secure flights and have paid Chimu Adventures, these funds will be refunded to each traveller should the operation be cancelled."

A Department of Foreign Affairs and Trade spokesperson said Australia is working with foreign governments, airlines and travel companies to get stranded Australians overseas back home. 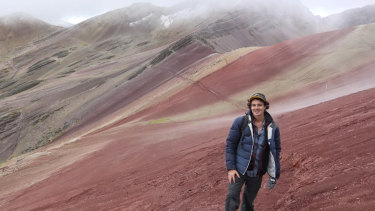 Australian Travis Enright is stuck in Peru and is keen to get home.

"Where Australians are having difficulty because countries have closed their borders or because airlines have stopped operating, we are in consultation with governments, like-minded countries and the airline industry to help Australians find ways to get home," the spokesperson said.

"In some cases, it may be necessary for Australians to make arrangements to stay where they are for a longer period until departure can be arranged or border closures are lifted."

DFAT did not respond to questions about how their staff would return to Australia and who would fund the trip.

The Peruvian government is currently allowing one repatriation flight a day to leave from its military airport. The government has penciled in the Australian flight to leave that country on Friday, but the company is still awaiting final approval from both countries. 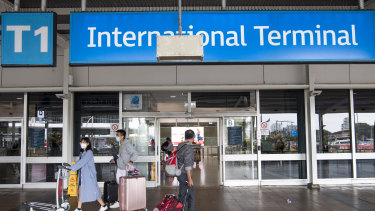 DFAT estimates hundreds of thousands of Australians are trapped overseas and has urged them to stay where they are until help arrives.Credit:Louise Kennerley

Economy tickets on the Peru flights cost $5100 each.

Northern Territory tour guide Travis Enright told The Sydney Morning Heraldand The Age that the price was prohibitive for many of the 300 plus Australians stuck in South America.

"For most of us, we can't afford to spend that type of money," Mr Enright said. "We want to get out very soon, but at those prices, it is a balance between paying an arm and a leg to get out, or staying here and waiting it through. It's really tough for a lot of people."

In its statement, Chimu told Australians in South America in duress to "please contact your local Australian Embassy for any immediate assistance needed".

Sydney clinical psychologist Gabe Matthews, who has been in South America with her husband since last July, told said that the Australian embassy in Lima closed the day before Peru shut its borders and roads with 24 hours' notice.

When the couple contacted DFAT, they were told "the government has no plans to assist with repatriation” and to try to get home by commercial means.

They are among the hundreds of Australians sheltering in place across the continent, unable to get to Lima, Cusco or Buenos Aires to board the rescue flight.

Neither can get to the departure point for the repatriation plane.

Both believe their professional skill could be used in the fight against the virus in Sydney.

"At this stage the only possibility is for some sort of rescue flight [to] be put in place by our government," Dr Black said.

Some Australian citizens have been able to board EU mercy flights back to Europe, then on to Sydney.

"My daughter Anika and her friend Lauren managed to access an EU Sponsored Humanitarian flight from Quito to Amsterdam. Both girls arrived home in Sydney this morning from Dubai, they were very lucky," said one Sydneysider via email on Wednesday morning.

Australian ambassador to Peru and Bolivia Diana Nelson said in a video on Tuesday, “We understand this is an incredibly stressful and difficult time as we deal with these unprecedented circumstances."

"In Canberra, the government is working around the clock to find solutions to bring you home to Australia.”

Australians requiring consular assistance can contact their local Australian embassy, high commission or consulate or call DFAT's Consular Emergency Centre on 1300 555 153 from Australia or +61 6261 3305 from overseas.

Get our Coronavirus Update newsletter for the day’s crucial developments at a glance, the numbers you need to know and what our readers are saying. Sign up to The Sydney Morning Herald’s newsletter here and The Age’s here.