STEPHEN GLOVER: Never mind Covid and Brexit, the PM faces an even bigger challenge – losing Scotland from the UK

Has any peacetime government faced so many forbidding challenges as this one? I doubt it.

There is looming economic mayhem resulting from closing down the economy because of Covid-19. Unemployment is certain to rise.

There is a growing possibility of a No Deal Brexit, which would lead in the short term to thousands of lorries queueing in Kent as the French imposed tariffs, and an extra dollop of economic pain.

And there is Scotland. Losing it, I mean.

Of the three threats, the loss of Scotland is the greatest. We’ll recover from the Covid-19 depression, and either learn to live with the virus or kill it off with a vaccine. In five years’ time, it will just be an unpleasant memory. 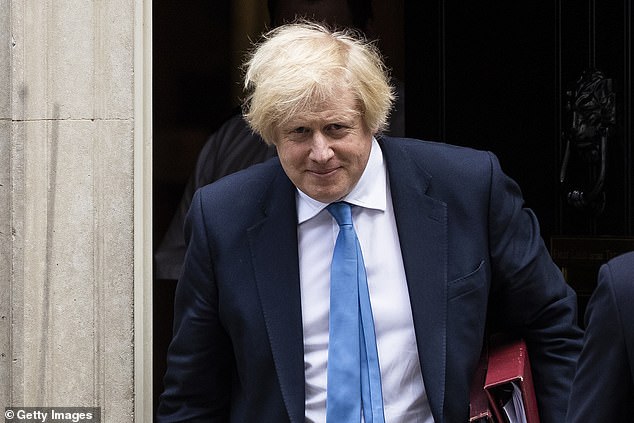 Has any peacetime government faced so many forbidding challenges as this one? I doubt it

Despite being a nasty shock, a No Deal Brexit would open up trading opportunities outside Europe, which in due course would create new wealth for this country.

But an independent Scotland would be an enduring disaster. A country which had mislaid a third of its land mass could scarcely be called the United Kingdom. How would we describe the surviving stump? Britain, maybe. You could drop the Great bit.

Except for myopic Little Englanders, divorce would be an existential crisis. Our country, and many shared institutions, would cease to exist. What was left would be fundamentally different.

Does Boris Johnson realise this? Of course. He knows that, as Lord North is remembered as the prime minister who lost America, his memorial could be that of the man who presided over the break-up of the Union. He’d have to resign immediately.

So what can be done to stop it? Can it be stopped? Mr Johnson says there won’t be a second referendum on Scottish independence while he’s in No 10, such a vote being in Westminster’s gift. This is not a tenable position. 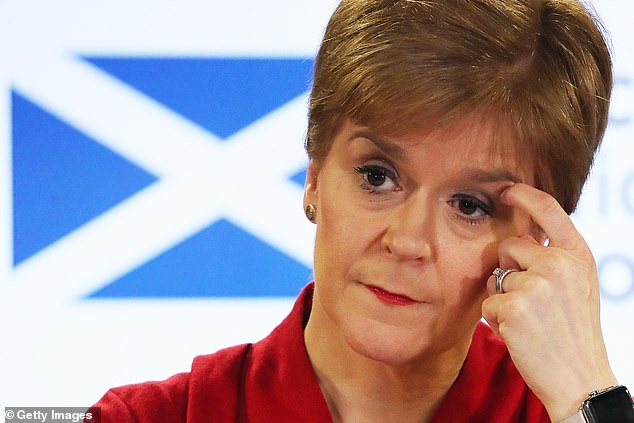 There is Scotland (pictured, First Minister Nicola Sturgeon). Losing it, I mean. Of the three threats, the loss of Scotland is the greatest

On Tuesday, she confidently undertook to set out her demands for another referendum over the next six months. There is an election for the Scottish Parliament next May.

The SNP will probably increase its number of seats. Ms Sturgeon — bossy, infuriating to many English eyes, but also very cunning — will interpret an overwhelming victory as an endorsement of a referendum. It will be hard to gainsay her.

Mr Johnson will try to hold the line — which is that the 2014 referendum was described by her predecessor Alex Salmond as a ‘once in a lifetime’ opportunity. Ms Sturgeon’s response will be that a majority of Scots voted against Brexit in the 2016 European referendum, and the nation can’t be tied to the Union against its will.

Sooner or later, the Prime Minister will have to give in. There’s nothing some Scots like more than a grievance, and being denied another referendum ad infinitum would probably lead to a vast national sulk.

Recent polls suggest a narrow majority for independence. This would surely increase if Ms Sturgeon were able to portray the Scottish nation as being thwarted by English Tories.

I don’t suggest Mr Johnson should put up the white flag at once. Better wait until it’s clear that Brexit is not the economic catastrophe the SNP predicts, thereby undermining one of its core arguments.

But in the end it will be impossible for the Prime Minister or his successor to stand against what the First Minister will represent as a desire by Scots to have a democratic say in their future.

Many observers think that, next time, the pro-independence faction will win. It is undoubtedly going to be very hard to stop the Scot Nats.

This isn’t the time to rake over old coals, but I can’t resist a dig at the Scottish Labour hierarchy who championed devolution as the best way of finishing off the SNP. One of them, George Robertson, said that ‘devolution will kill nationalism stone dead’. It has actually put a rocket under it. 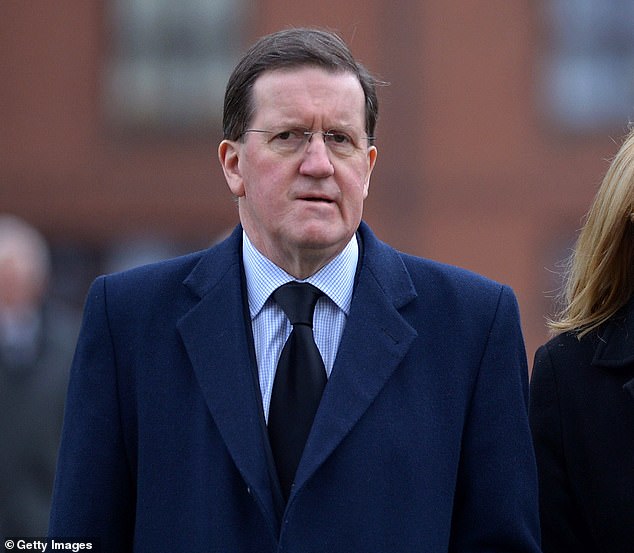 This isn’t the time to rake over old coals, but I can’t resist a dig at the Scottish Labour hierarchy who championed devolution as the best way of finishing off the SNP. One of them, George Robertson (pictured), said that ‘devolution will kill nationalism stone dead’. It has actually put a rocket under it

Labour’s assumption that a PR system north of the border would ensure the three unionist parties would collectively always be able to outvote the SNP in the new Scottish Parliament turned out to be tragically mistaken.

If only Gordon Brown, Donald Dewar, Robin Cook and Co had paid more heed to the warnings of their Scottish Labour colleague, Tam Dalyell. He prophesied that ‘devolution is a motorway, without exits, to independence’.

Well, let’s not dwell too much on past mistakes. Can a Tory Prime Minister, whose act goes down less well in Scotland than in many parts of England, still save the Union?

Let me suggest four ways in which it might be done. One is to plead with Ruth Davidson to stay on as Tory leader in Scotland — a role she is filling temporarily, having previously stood down — while the new leader, Douglas Ross, gets himself elected to the Scottish Parliament.

No disrespect to Mr Ross, but Ms Davidson is the only Scottish politician who can match, and in some respects surpass, Nicola Sturgeon. Mr Johnson, with whom she doesn’t get on, has bought her off with a peerage. She should put it on ice. She’s only 41! Boris should beg.

The second way is for the Government to make the case that Scots are likely to remain much better off as part of the UK. Recent official figures, unchallenged by the SNP, show that people in Scotland receive £2,000 a head more in public subsidy than their counterparts in the rest of the country.

The argument should not just be about money though, and the certain drop in the standard of living that independence would entail. In a dangerous world, Scotland is more secure as part of a still substantial military power with international clout.

A third way of counteracting the SNP would be to embrace the idea of former Labour and Respect Party MP George Galloway, recently tacitly approved by Cabinet Office Minister Michael Gove (a Scot), to give some 700,000 Scottish-born voters in England a vote in a referendum.

Why shouldn’t they have a say in the future of their country? The SNP is terrified of the prospect, rightly believing that such people are more likely to vote against independence.

The same SNP tried to gerrymander the 2014 referendum by persuading David Cameron that 16-year-olds, liable to support independence, should be allowed to vote. The Government must fight for the right of all Scots to take part.

Finally, there is another argument, hard to define, which in a way goes deeper than all the others. It is about shared history and shared values. Gordon Brown used rightly to say that the Scots and the English are similar peoples.

For all the differences accentuated by devolution, we are bound together by generations of common experiences and myriad family connections stretching across the border. Scots and English are rooted in the same popular culture and, dare one say, the same BBC.

Take the fight to Nicola Sturgeon is my cry. Bring back Ruth Davidson. Proclaim the virtues of Britishness. My God, it’s going to be a difficult battle for Boris Johnson to win, and at stake is something infinitely more precious than his political reputation: the future of our country.