ASOS has amused shoppers by revealing it’s ‘considering’ the addition of an ‘alibi’ option at checkout to disguise spending sprees.

The British online retailer took to Facebook asking its loyal customer base if the website needs an option to allow purchases to be labelled as ‘prizes.

ASOS suggested a message of ‘congratulations on winning this item’ being put on customers’ clothing packages to enable them to sneak their hauls past any disapproving loved ones. 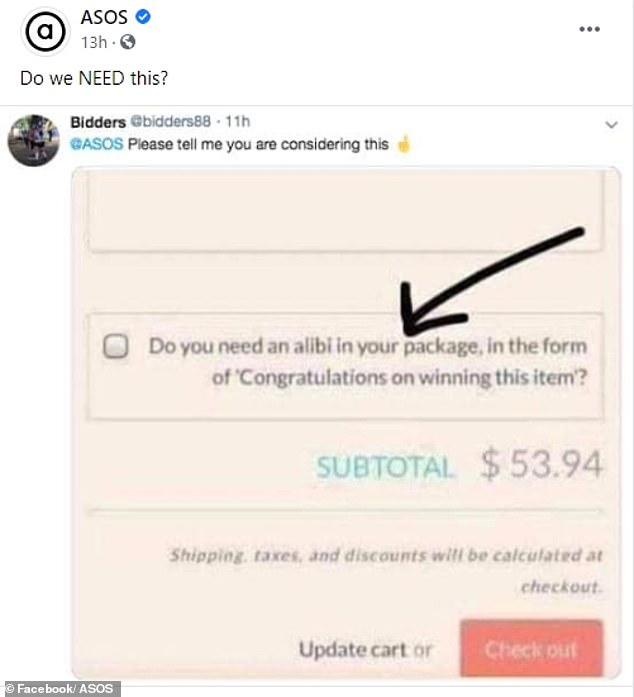 Posting on Facebook, ASOS sparked a debate about disguising online orders as prizes to help shoppers avoid confrontation from disapproving members of their household

The idea was sparked by a customer who tweeted a screenshot of another retailer giving its customers the option when paying for items online.

Posting on Twitter, @bidders88, wrote: ‘Please tell me you are considering this’ alongside a fingers crossed emoji.

The screenshot shows a cart with $53.94 in it underneath a tick box option for ‘Do you need an alibi in your package, in the form of ‘Congratulations on winning this item?’

ASOS shared the image on it’s Facebook page asking their six million followers: ‘Do we need this?’

The post was inundated with over 2,000 likes and hundreds of comments from shoppers urging them to add the option on their sites.

One person wrote: ‘Everyone needs this!’

Another said: ‘This would be very helpful to me. Won’t need to [hide] parcels in the car.’ 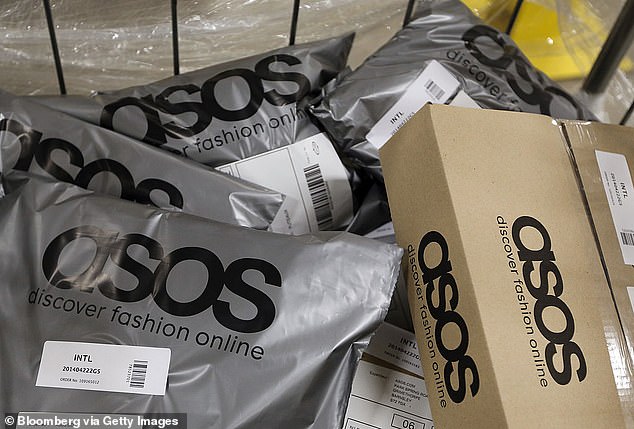 ASOS was inspired to ask customers about the addition of an ‘alibi’ option, after a Twitter user urged them to consider it

A stream of responses to the post encouraged ASOS to go ahead with adding an alibi option, admitting they would find it helpful

However, some shopping addicts pointed out that it wouldn’t take long before partners and family members became aware of the trick.

‘It would only raise suspicion when I win something 72 times a week,’ said one.

Another wrote: ‘I would go from never winning anything in my life to prizes at least five days a week.’

A third joked: ‘Another competition Lindsay, that’s 17 this month!’

Last month ASOS reported a quadrupling in full-year profit following a spike in online shopping during the coronavirus pandemic. 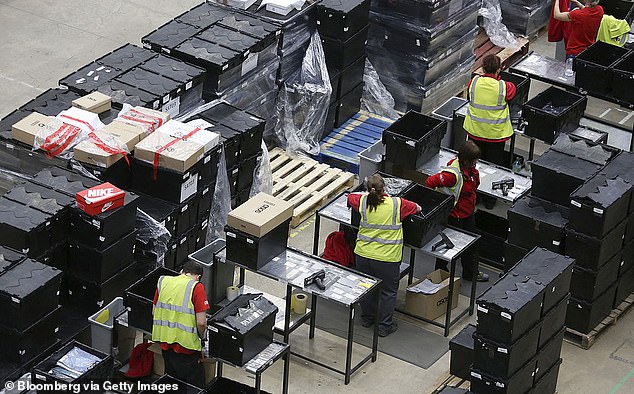