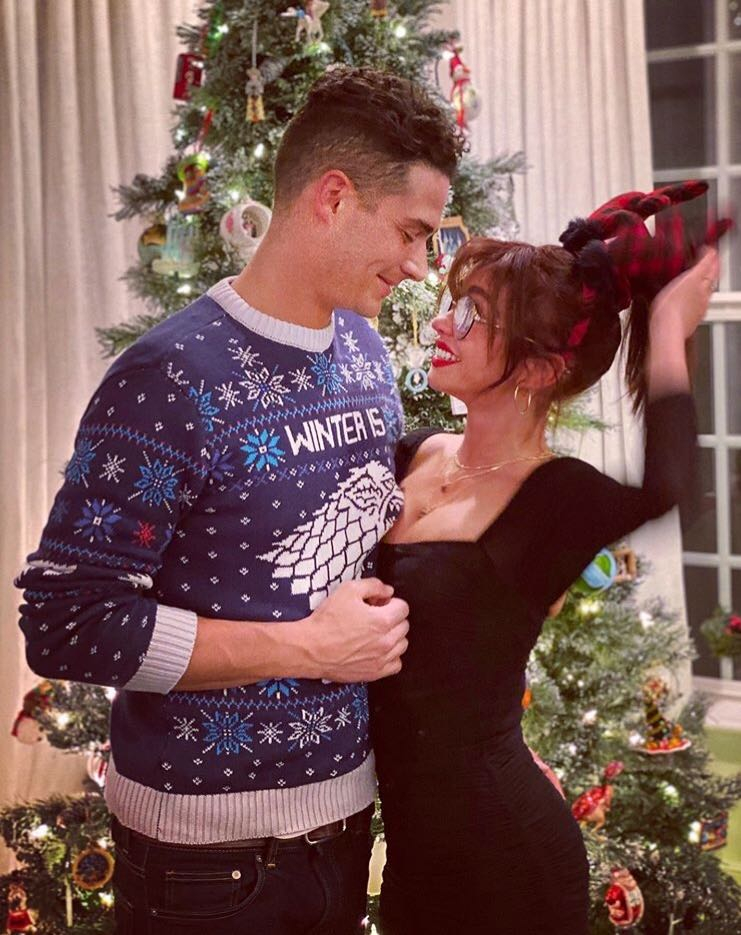 On Thursday, the Modern Family star took to Instagram to post a few photos from her and fiancé’s Christmas celebration. In one of the pictures, Adams, wearing a Game of Thrones sweater with a dire wolf on it, can be seen leaning in toward Hyland.

“I apologize for there not being enough meat to feed your Wolf,” Hyland replied, adding a shrug emoji.

LOL! These two are the definition of #RelationshipGoals.

This holiday season marks the actress and the Bachelor Nation star’s third Christmas together, as Hyland noted in her Instagram caption.

“Third Christmas with you but first one engaged,” Hyland wrote. “You’d think we’d know how to take a proper picture at this point.”

Hyland, 29, and Adams, 35, got engaged over the summer, after almost two years of dating.

“That can’t eat, can’t sleep, reach for the stars, over the fence, world series kind of stuff @wellsadams,” Hylan captioned her engagement post in July, quoting the iconic line from It Takes Two. 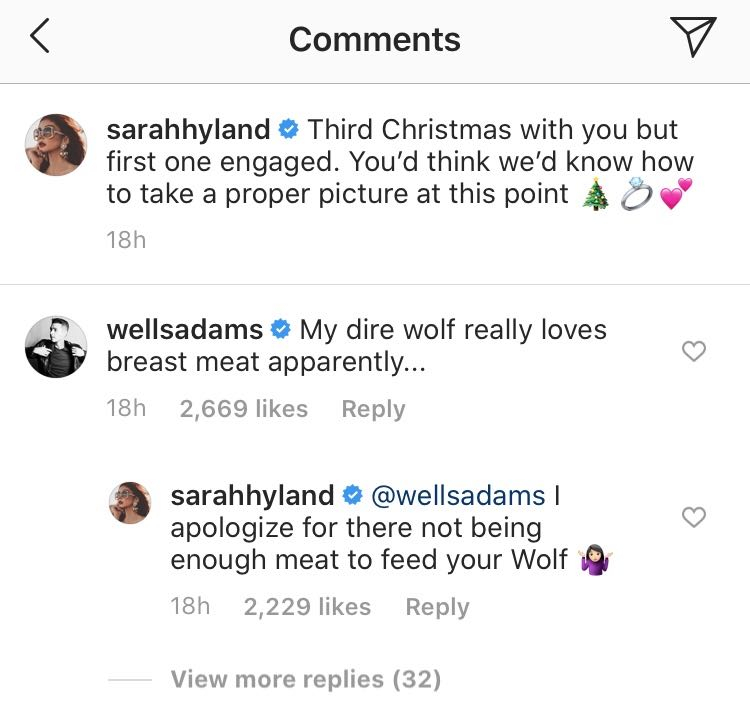 The stars first sparked romance rumors in Oct. 2017, when they dressed up as Stranger Things characters for Halloween.

In early November, E! News confirmed their relationship status, with a source sharing, “Wells likes that she is goofy like him, and they are always cracking jokes together-it’s cute.” 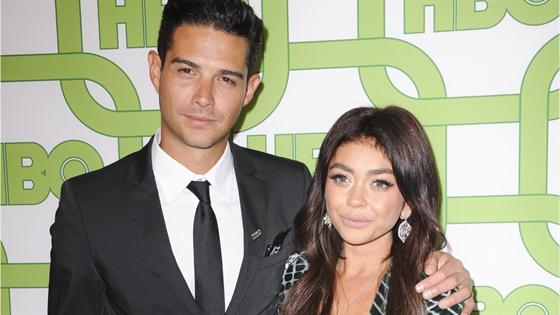 And it looks like that hasn’t changed! These two continue to make us LOL!