Samantha Cameron always seemed poised and preened to perfection when she lived in Number 10.

But David Cameron’s wife, 47, has revealed the hidden wardrobe malfunctions she suffered that were kept out of the public eye.

Speaking to Stella magazine, the mother-of-four revealed how she once had to borrow a bra from a member of Cameron’s team when she’d left hers at home before a party conference.

She also recalled how her dress split down the side just moments before she was meant to appear on stage with her husband, just after she’d had a baby. 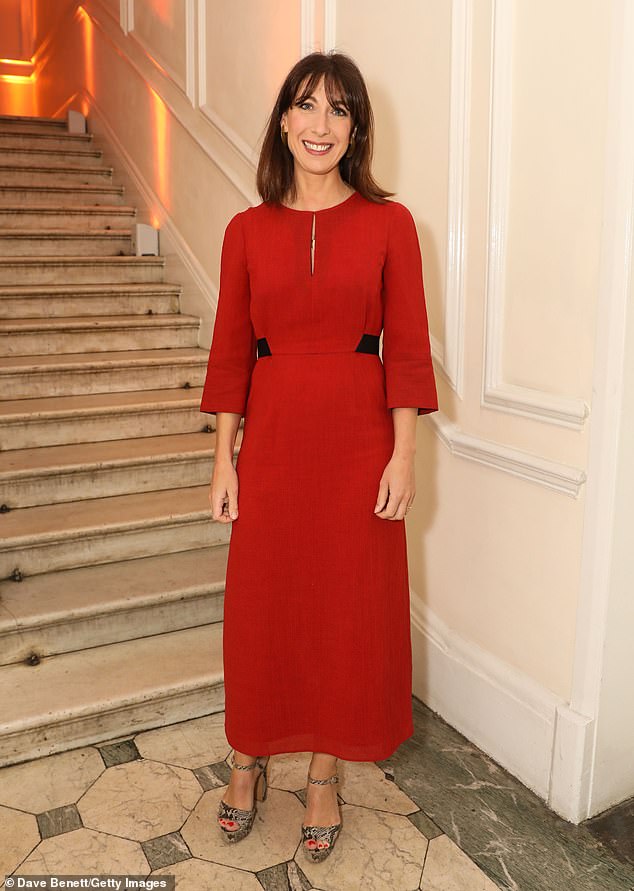 Samantha Cameron, 47, has revealed the wardrobe malfunctions she suffered during her time as the wife of the Prime Minister, from 2010 to 2016. Pictured: Samantha at the mothers2mothers Midsummer Soiree in London in June 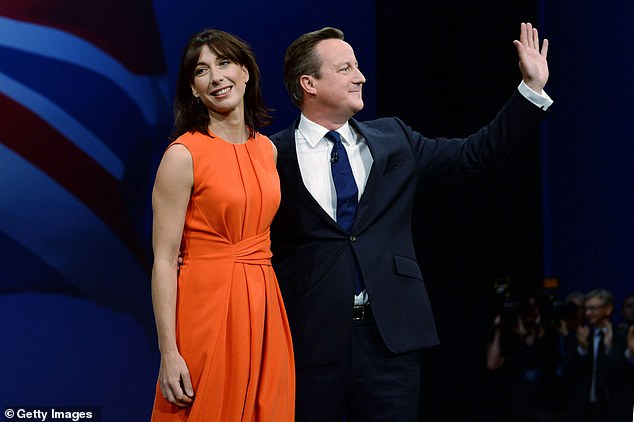 The mother-of-four revealed that she had to borrow a bra from a member of David Cameron;’s team for the Conservative Party Conference. Pictured: Samantha and her husband at the 2015 conference in Manchester

Samantha has been married to the former Conservative Prime Minister, 52, since 1996 and they share four children; Ivan, who was severely disabled and died in 2009, Nancy, 14, Arthur, 12, and Florence, eight.

In her very public role she suffered several fashion mishaps that her team managed to keep out of the public eye.

She explained: ‘We had all manner of disasters. I remember some poor girl on Dave’s team having to lend me her bra at a party conference.

‘I’d left the one I needed at home, and we couldn’t get to Marks & Spencer and back in time.’ 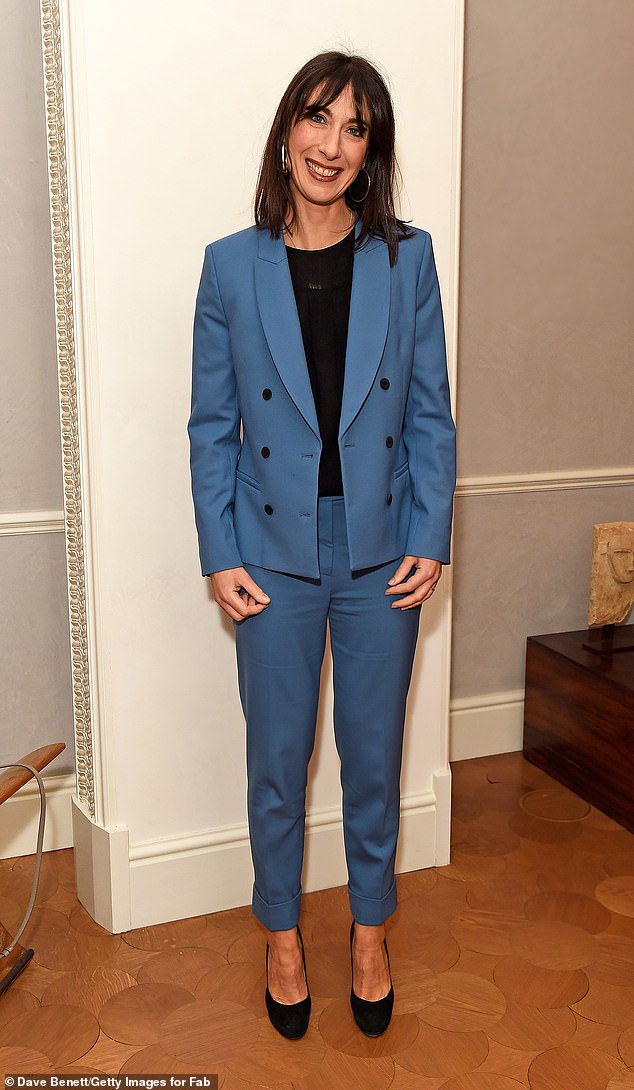 Samantha said the ‘worst’ wardrobe malfunction she suffered was splitting her skirt moments before she was due on stage with her husband. Pictured: The fashion designer at a dinner hosted by Kate Hudson in London in March 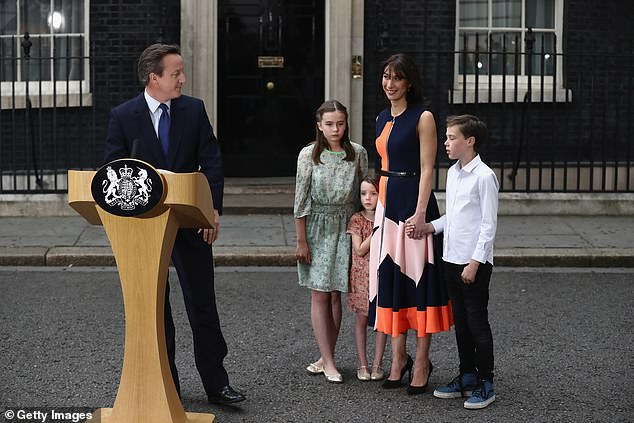 Samantha said the ‘worst’ wardrobe malfunction she suffered was splitting her skirt, which an aide fixed by giving her a scarf to cover it up.

She continued: ‘The worst was a party conference when I’d just had a baby. I sat down in the hall and heard this rip down one side of my dress.

‘I was thinking, ”What am I going to do? I’ve got to walk up on to the stage in front of all these people in this auditorium, and watching on TV.”’ 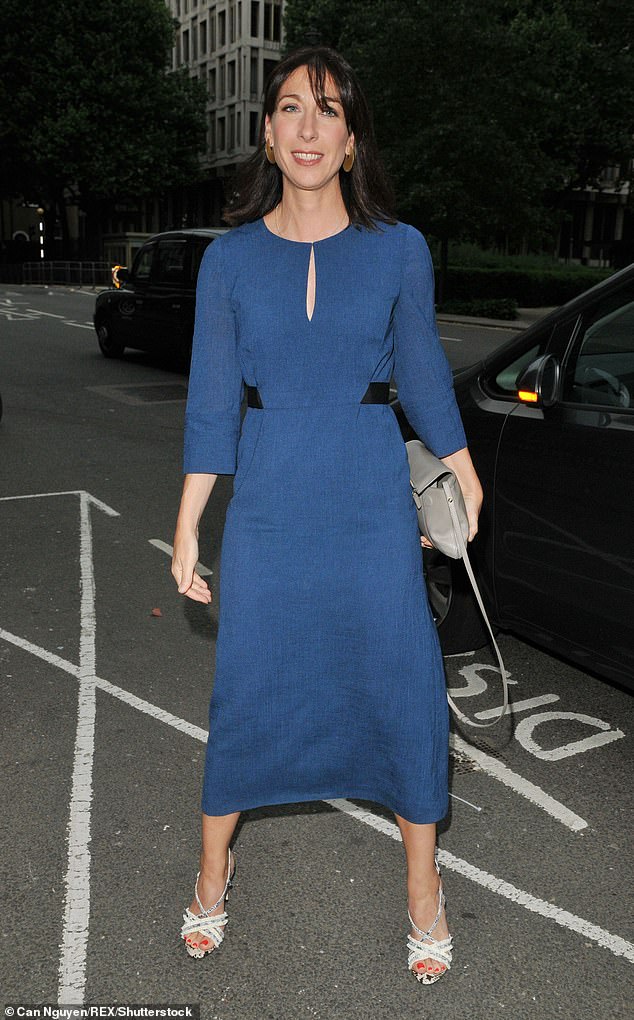 After she left Downing Street Samantha set up her fashion label Cefinn, which is named after her four children. Pictured: Samantha at The Moet Summer House launch in London in June wearing a dress from her label

However, her experiences certainly didn’t put Sam Cam off embracing fashion and after her husband left Downing Street, she wasted no time in setting up her label Cefinn.

The upmarket brand is named after the initials of her four children.

She is regularly photographed wearing designs from the label, which she launched in February 2017. 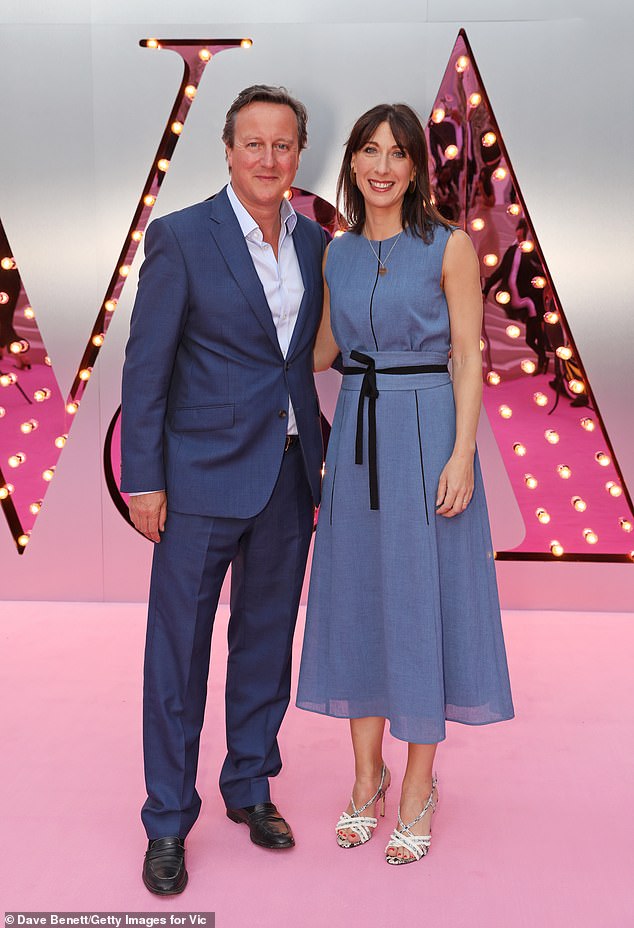 Samantha is also an ambassador to the British Fashion Council, which supports British brands. Pictured: She posed with her husband David Cameron at the Summer Party at the V&A in London in June

The fine art graduate worked at luxury brand Smythson as creative director for a number of years, a role which won her a British Glamour Magazine Award for Best Accessory Designer in 2009.

She then took a part-time consultancy role with the company when her family moved to Number 10 in 2010, stepping down to two days a week in order to support her husband.

Samantha is also an ambassador to the British Fashion Council, supporting British labels such as Alexander McQueen and Jonathan Saunders, and in 2015 she topped Vanity Fair’s Best Dressed Women list.