RYANAIR has been rated the worst firm for customer service by travellers who branded it "sneaky, greedy and arrogant".

It is the sixth year in a row that the low-cost airline has come last in an annual survey by Which? of 100 well-known companies. 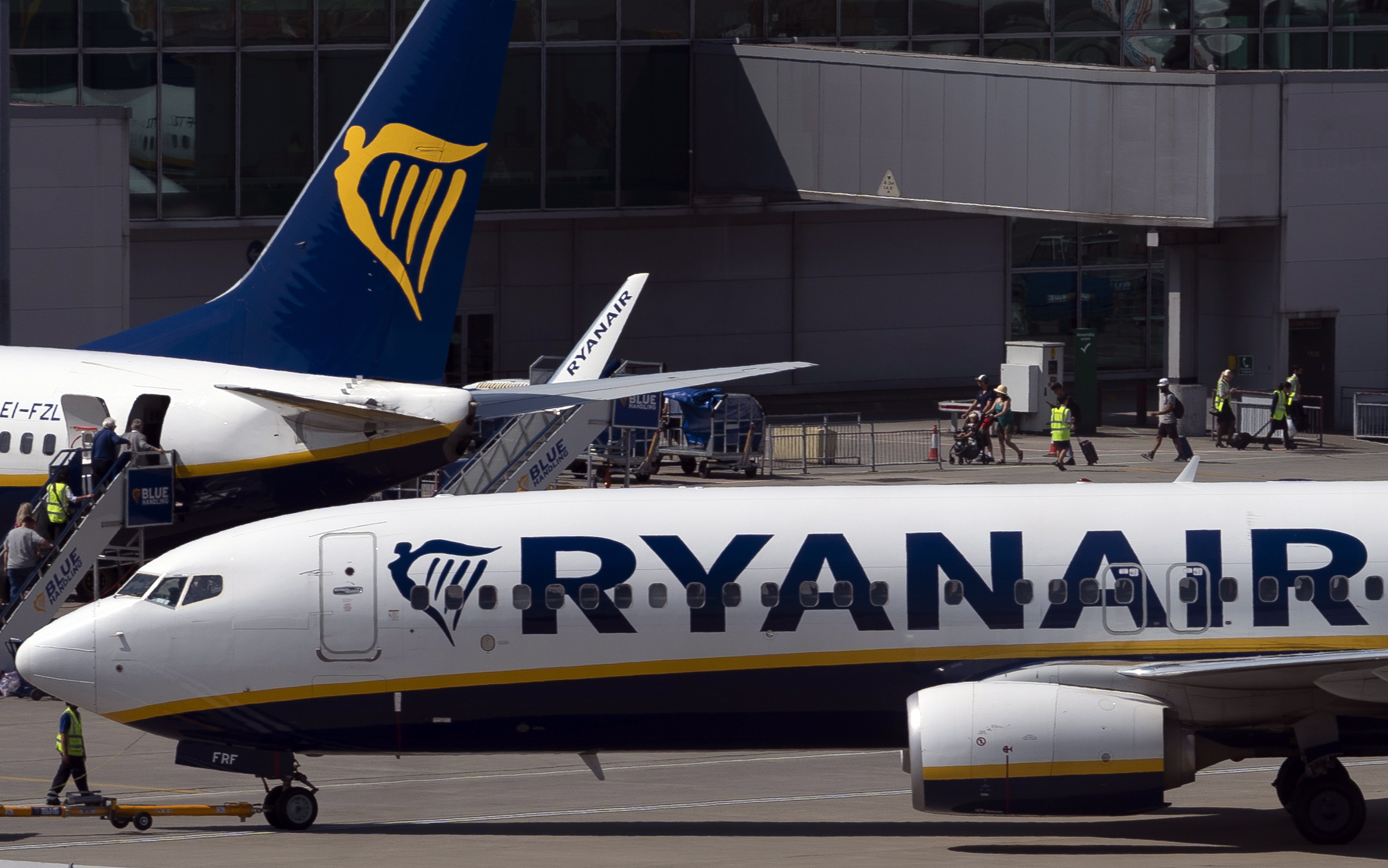 The consumer champion asked nearly 4,000 members of the public to rate how the companies make them feel, how helpful and knowledgeable their staff were, and how well they handled complaints.

Ryanair only managed a lousy customer service score of 45 per cent overall, with the lowest rating of one star in all three categories.

When asked about how well the airline handles complaints, half of customers gave it the lowest rating possible.

Presented with a choice of 50 words to describe the airline, most of the airline’s passengers opted for "greedy", "sneaky" and "arrogant". 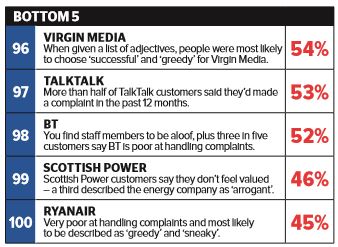 One customer even said "Ryanair seem to make things deliberately difficult in order to make more money out of their customers".

The survey results come as the airline's pilots in the UK strike for a second day over pay.

But despite the strike action, Ryanair has insisted that all flights will still operate as scheduled. 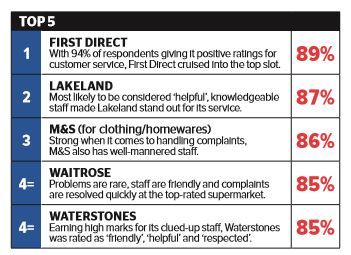 Words used to describe Scottish Power included "arrogant", while respondents said that BT's staff were "aloof" and that Virgin Media was "greedy".

The other airlines included in the survey fared only slightly better.

British Airways (66 per cent) found itself in 83rd place, a few spots under the highest ranking airline included in the survey, Easyjet (68 per cent), which came in 79th place.

Shoppers also rated the staff at Aldi (81 per cent) highly for helpfulness but Lidl (71 per cent) struggled, with only two out of five stars for making its customers feel valued.

Harry Rose, Editor of Which? Magazine, said: "While it’s good to see some familiar everyday brands flying the flag for great customer service, people spend a lot of money with their utility providers and on flights, so it’s disappointing to see some woeful performance across the board in those sectors.

"The best way to send a clear message to businesses about the importance of customer service is to spend your hard-earned cash with brands that make it a top priority – and don’t hesitate to complain if you feel you’ve been treated poorly."

Ryanair sent a "veiled threat" to the UK pilots' union about potential job losses following the announcement that they would strike this week.

Meanwhile, a passenger claims cops injured him while dragging him off a plane after he was "wrongly accused" of punching an air stewardess.

Other passengers were also furious after the airline charged them £2.70 for water while they were trapped on a delayed plan in 30C heat.