REDUNDANCIES have hit new record highs with 370,000 workers losing their jobs in the three months to October.

It comes as the unemployment rate hit 4.9% during the period, with 1.69million people now without a job, according to the Office for National Statistics (ONS). 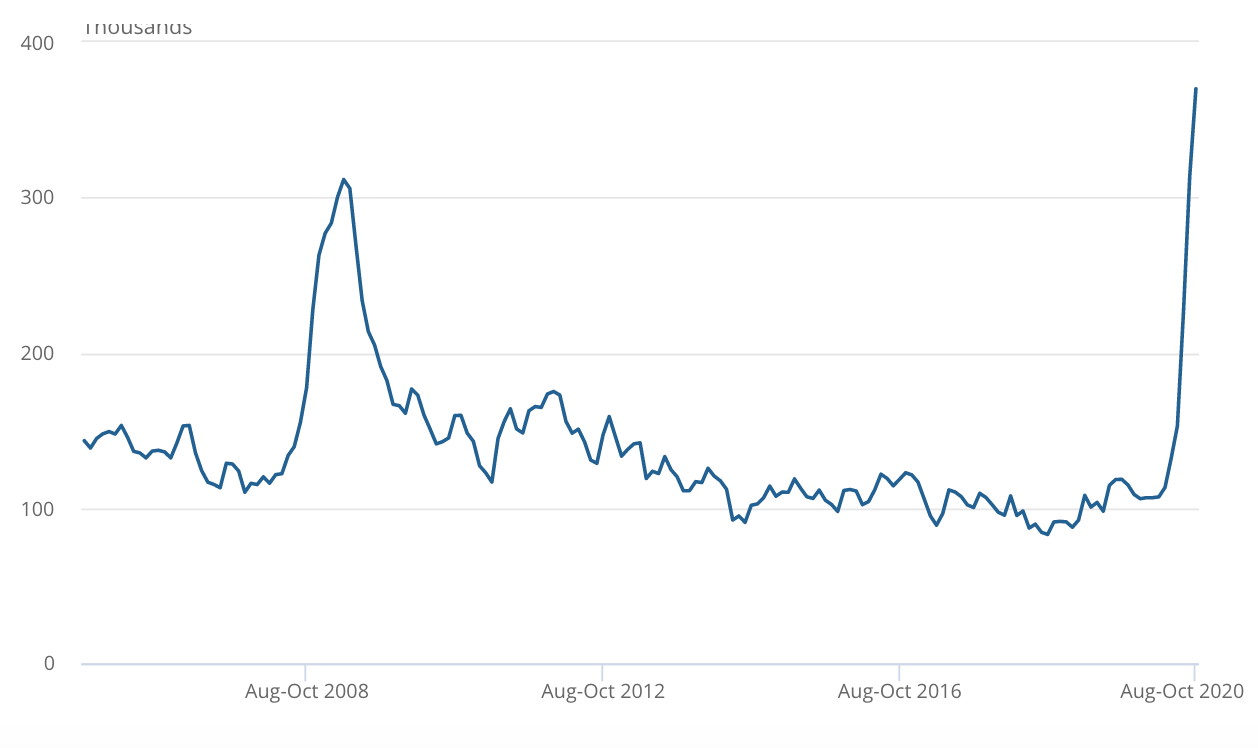 In the previous quarter, the ONS recorded an unemployment rate of 4.8% as153,000 people were made redundant.

Businesses made more workers redundant in the weeks leading up to when the furlough scheme was due to end.

Furlough was supposed to end in October but the scheme has now been extended until March 2021.

Darren Morgan, ONS' director of economic statistics, said: "Overall we have seen a continuation of recent trends, with a further weakening in the labour market.

"The latest monthly tax numbers show over 800,000 fewer employees on the payroll in November than in February, with new analysis finding that over a third of this fall came from the hospitality sector.

"In the three months to October, employment was still falling sharply and unemployment was rising, but the number of people neither working nor looking for work was little changed.

"Average hours per worker were continuing to recover, though this was before the second lockdown in England.

"While there was another record rise in redundancies in the latest three months as a whole, they began to ease during October."

For the latest news on this story keep checking back at Sun Online.

Thesun.co.uk is your go to destination for the best celebrity news, football news, real-life stories, jaw-dropping pictures and must-see video.