Raymond N. Plank, a son of a coal miner and a former combat pilot who witnessed the atomic-bomb attack on Nagasaki and then returned from the war to help found one of the nation’s largest independent oil and gas companies, Apache, died on Thursday at his home in Ucross, Wyo. He was 96.

His death was confirmed by his son Roger.

World War II, as it happened, provided an impetus for Mr. Plank’s career. Back home in Minneapolis after his service and armed with a degree from Yale, he saw a postwar surge in small businesses on the horizon. And those businesses, he knew, would need accounting and tax services.

He and two business partners rented a tiny third-floor walk-up apartment in Minneapolis for $10 a month, bought a war-surplus Jeep on a New Jersey dock, and began prospecting for customers.

Before long, the venture, which they called Northwest Business Service, was selling insurance, mutual funds and, most auspiciously, interests in drilling oil wells.

With growing expertise in the kinds of investment being offered in oil and gas exploration and production, Mr. Plank and his partners, in 1954, formed the Apache Corporation, which was originally set up to raise investor funds for oil and gas drilling.

It ultimately expanded into exploration and production itself, becoming one of the nation’s largest independent oil and gas companies, with reported revenue of almost $6 billion in 2017.

At Apache, Mr. Plank pioneered the use of what came to be known as master limited partnerships, or M.L.P.s, an investment vehicle that can be traded publicly and offer significant tax advantages to investors.

Mr. Plank’s Apache “definitely had the first partnership that was publicly traded,” said Mary S. Lyman, executive director of the National Association of Publicly Traded Partnerships. In doing so, she added, Mr. Plank was responsible for “democratizing” and popularizing investments that until then had been largely confined to the rich.

Oil exploration in the 1950s offered huge tax advantages at a time when the top federal income-tax brackets were 91 or 92 percent. Moreover, after the war had depleted energy resources, the government was encouraging domestic oil and gas exploration to fuel a booming postwar economy and a society increasingly dependent on automobiles, with Americans fanning out to the suburbs on newly built interstate highways.

M.L.P.s helped Apache reach what Mr. Plank called “critical mass.” But when oil prices fell in the 1980s and tax laws made public drilling programs less appealing, Apache dropped the partnerships. (They still thrive elsewhere, mainly for pipelines, other energy infrastructure businesses and to some extent in financial services.)

A weakened Apache then moved to Denver with a plan to transform itself into a company that owned and operated oil properties for its own account. After doubling its assets and balancing its oil and gas holdings through deals with Amoco, Shell and British Petroleum, the company began to exploit a large concession in Egypt, with the help of the country’s president at the time, Hosni Mubarak.

“That was an absolute diamond in the rough,” David C. Higgins, a 30-year Apache executive, said in an interview.

Its stake in the Egypt concession prompted Apache to establish the nonprofit Springboard — Educating the Future, which, in concert with an initiative by Suzanne Mubarak, Egypt’s former first lady, builds and staffs one-room schools for rural Egyptian girls.

Raymond Norwood Plank was born on May 29, 1922, in Wayzata, Minn., a small city on the shore of Lake Minnetonka, about 13 miles west of Minneapolis. His father, Raby, was a farmer, printer and coal miner; his mother, Maude (Howe) Plank, was a homemaker. Raymond grew up on a farm.

He was in his senior year at Yale University in 1941 when World War II broke out in the United States. He left before graduation to join the Army Air Forces. Flying B-24s, he went on to survive 40 missions in the South Pacific.

On Aug. 9, 1945, Mr. Plank risked court-martial when he made an unauthorized lunchtime flight to witness the bombing of Nagasaki, Japan. Coming three days after the strike against Hiroshima, it was the second, and last, atomic bomb attack by American forces. Mr. Plank was one of the last surviving Americans to directly observe atomic war. 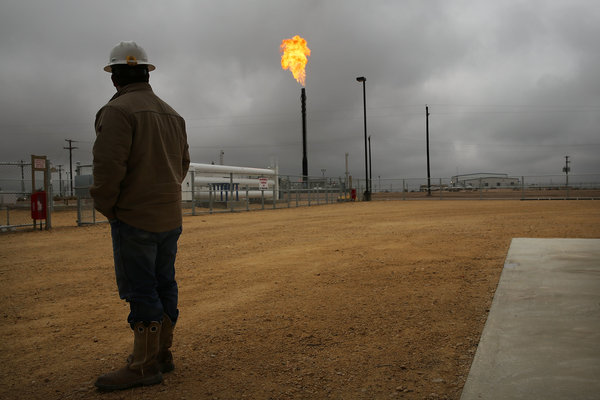 With the war over, he returned to graduate from Yale in 1946 and launch himself as an entrepreneur. From its humble bookkeeping and tax-advisory infancy, Northwest Business Service built a smartly growing mix of managed assets and insurance, real estate and other interests.

From this evolved Apache. (The first three letters of the name were derived from the surname initials of Mr. Plank and his partners, Truman Anderson and Chuck Arnao.) When some clients sought more liquid investments, Apache overcame a series of regulatory rebuffs to establish master limited partnerships.

As the company’s chairman, Mr. Plank moved the company to Houston in the mid-1990s. There he determined that the Enron Corporation, also based in Houston, was riddled with fraud and concluded that huge profits were to be made by selling its stock short.

“I knew I could make a lot of money,” Mr. Plank said in an interview for this obituary in 2014. “We didn’t have any inside information,” he added. “These guys were sitting ducks.”

Mr. Plank “was ahead of the curve on that one,” Mr. Higgins, the former Apache executive, said. “He nailed it.” Enron collapsed in scandal in 2001.

Mr. Plank’s philanthropy was wide-ranging. In addition to the girls’ schools in Egypt, he created the Ucross Foundation in northeastern Wyoming in 1981 and set up a conference center on a 20,000-acre working ranch there.

Its artist-in-residence program has included winners of five Pulitzer Prizes — among them Annie Proulx, author of the best-selling novel “The Shipping News” — and five MacArthur Foundation “genius” awards. Another best seller written in part at Ucross was Elizabeth Gilbert’s “Eat, Pray, Love.”

In 2001, Mr. Plank established the Fund for Teachers, a Houston-based foundation that each year awards fellowships to some 500 public- and private-school teachers for summer study in the United States or abroad.

He also established a professorship of global energy policy at the John F. Kennedy School of Government at Harvard and was a major supporter of numerous charitable causes in Minneapolis and Wyoming, including on behalf of ranchers and farmers in his adopted state.