Princess Diana did not forget her two boys, Prince William and Prince Harry, in her will. Diana tragically passed away in a car accident in 1997, but before her passing, she outlined exactly what William and Harry would receive after her death. For Prince Harry, this includes one of her most iconic items for his 30th birthday.

Diana had a lot of things in her will when she passed awayin the summer of 1997. Diana was only 36 years old at the time of her death,yet she had ironed out the details of her will several years prior to the fatalaccident.

William was 15 years old when his mother passed away, while Harry was only 12. As royal watchers will recall, William and Harry were very close to their mother, who had finalized her divorce from Prince Charles in 1996. 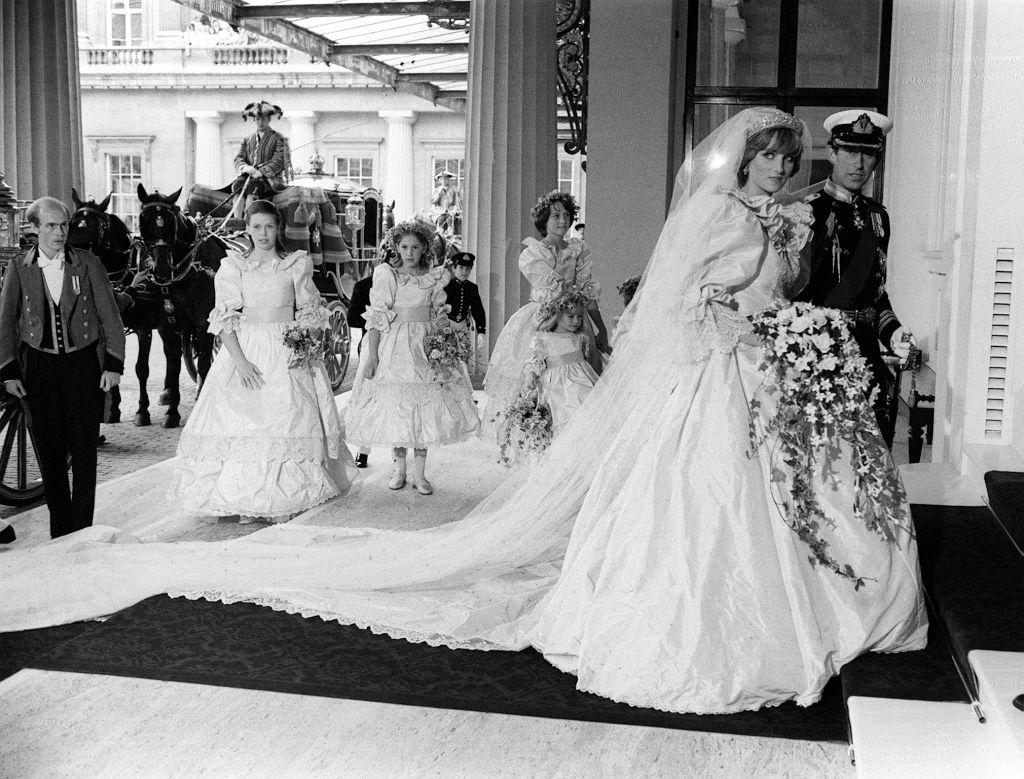 Princess Diana’s shocking death was heartbreaking for fansaround the world and it is something Harry is still dealing with to this day.

While both boys were able to keep things from Diana’spersonal collection, she left Harry one of her more iconic dresses. The onlycatch was that he had to wait until he turned 30 to get it.

In her will, Diana left Harry the wedding dress she worewhen she tied the knot with Charles in 1981. According to Express,the gown was designed by David and Elizabeth Emanuel and created quite the buzzwhen Princess Diana wore it for her wedding inside St. Paul’s Cathedral.

Back in 2014, the designers opened up about the iconic dressand revealed that it has traveled around the world for decades.

“That gown has earned its keep,” David shared. “It has beenaround the globe many, many times. I think more people abroad have seen it thanBritish people.”

Princess Diana signed the dress in the summer of 1993. When she crafted her will, she wanted William and Harry to get the bulk of her items when they turned 25. After her death, her mom and sister amended the will so that the brothers would take charge of their mother’s trust at the age of 30.

Aside from the dress, Prince William and Prince Harry were allowed to pick out one item from Diana’s jewelry collection. One of the pieces Harry chose was her engagement ring, which he gave to William to propose to Kate Middleton in 2010.

In recent years, Harry has been very open about thestruggles he dealt with in the wake of his mother’s tragic passing. He andWilliam have both been huge advocates of mental health, and Harry leaned ontherapy to help him deal with many of his issues.

During a recent summit hosted by JP Morgan, Prince Harry once again talked about his journey in the field of mental health. In his speech, inside sources claim that the Duke of Sussex confirmed that he has been in therapy for three years to deal with the trauma of Diana’s death.

“Harry spoke about mental health and how he has been intherapy for the past three years to try to overcome the trauma of losing hismother,” a source shared. “He talked about how the events of his childhoodaffected him and that he has been talking to a mental health professional.”

The insider added that Prince Harry also discussed his recent decision to leave the royal family. At the beginning of January, Harry and his wife, Meghan Markle, announced that they are stepping down as senior royals.

At the summit, Harry admitted that his exit has added a lot of stress to his life, but at the end of the day, he does not regret the decision. In fact, Harry would do anything in his power to prevent Meghan and his son, Archie Harrison, from going through the same things he experienced growing up.

Did Prince Harry get paid for speaking at the summit?

As part of their decision to leave the royal family, Prince Harry and Meghan will be working to become financially independent from the crown. They still have not revealed how they are going to fund their various endeavors, but public speaking could be a way for them to earn extra money.

Sources believe that Harry was paid at least $500,000 tospeak at the summit. This amount has not been confirmed, but there is nodenying that Harry and Meghan could demand that much for a speaking event.

Prince Harry and Meghan Markle have not commented on therumors surrounding their exit.