Princess passionate! Beatrice describes overcoming ‘gender norms’ when starting her job at a ‘boys’ club’ company in a speech to the Women4Tech conference in Barcelona

Beatrice proved herself to be a very passionate princess as she delivered a speech in Barcelona on Tuesday.

The 30-year-old looked typically chic in a monochrome ensemble as she attended the Women4Tech keynote during 4YFN Connecting Startups as part of GSMA Mobile World Congress.

Attending a diversity panel entitled ‘Scaling your Business for Success’ Beatrice took to the stage to speak as Vice President of Partnerships and Strategy at Afiniti.

In her speech Beatrice spoke of ‘overcoming gender norms’ when she first entered the work place.

Addressing her audience today she said: ‘It was not until I entered the work place that the role that women play in businesses suddenly dawned on me.

‘Slowly the gender norms started to make themselves known and in doing so and created an uncomfortable environment for my passionate problem solving determination. 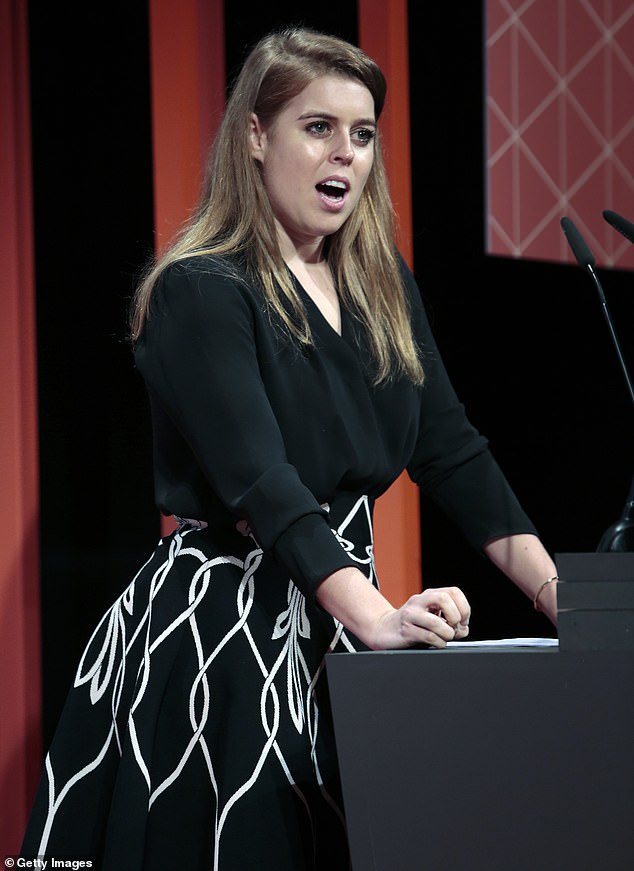 She continued: ‘This started to make me think how working for a technology company I could begin to make a difference in challenging gender norms especially when it comes to technology an area that has a reputation for being a boys’ club.

‘Empowering women is essential when it comes to jobs growth and innovation.’

The Queen’s granddaughter opted for an elegant black and white ensemble as she delivered her speech this afternoon.

She paired her simple black blouse with a flared skirt in the same shade decorated with a cream knot pattern.

Prince Andrew’s eldest completed her ensemble with a pair of trendy black ankle boots and wore her iconic auburn hair loose for the occasion.

Beatrice was speaking in capacity as her role as Vice President of Partnerships and Strategy at Afiniti.

Beatrice is responsible for the management of the strategic Afiniti partnerships as well as company growth through unique initiatives and client development. 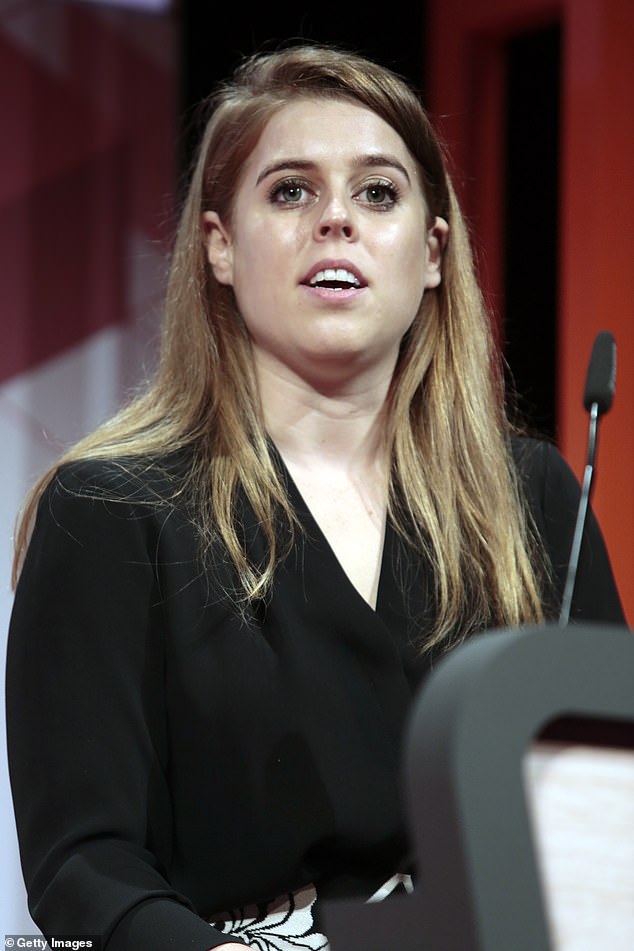 The royal began her career as a research analyst at a boutique private wealth firm having received a degree in History and History of ideas from University of London, Goldsmiths College.

Beatrice was last spotted on Monday night with her boyfriend Edoardo Mapelli Mozzi, 34, as they made a rare public outing together.

The couple were pictured getting into a taxi together at 2.30am after enjoying a date at the Chiltern Firehouse. 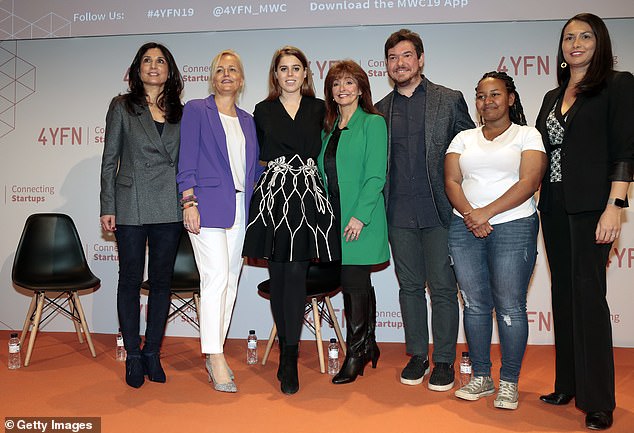 Edo, who is father to a two-year-old son Wolfie, is thought to have been an acquaintance of Beatrice for years, before their friendship evolved into a romance.

Beatrice and Edo went public when they attended the annual gala for the Berggruen Prize for Philosophy and Culture in New York in December.

The pair reportedly met in 2019 on Lamu, a tranquil island off Kenya, where Edo’s family own a coastal estate.

Princess Beatrice split with previous boyfriend Dave Clark in 2016 after 10 years of dating.