It runs in the family! Grace Kelly’s granddaughter Princess Alexandra of Hanover is hailed ‘fashion’s favourite royal’ by Tatler after a VERY busy few months on catwalk front rows

She’s been spotted alongside the fashion elite on the front row of Chanel and Dior shows for the spring summer collections at Paris Fashion Week.

So it should come as no surprise that Princess Alexandra of Hanover – the granddaughter of Grace Kelly – has been dubbed ‘fashion’s new favourite royal’.

According to Tatler, Alexandra is set to follow in the very fashionable footsteps of her mother Princess Caroline, 63, and glamorous grandmother having already made a series of glamorous appearances at Couture Fashion Week last month.

Alexandra, 20, is the only daughter of Princess Caroline and Prince Ernst August, 65,  of Hanover, and is 12th in line to the Monagesque throne. 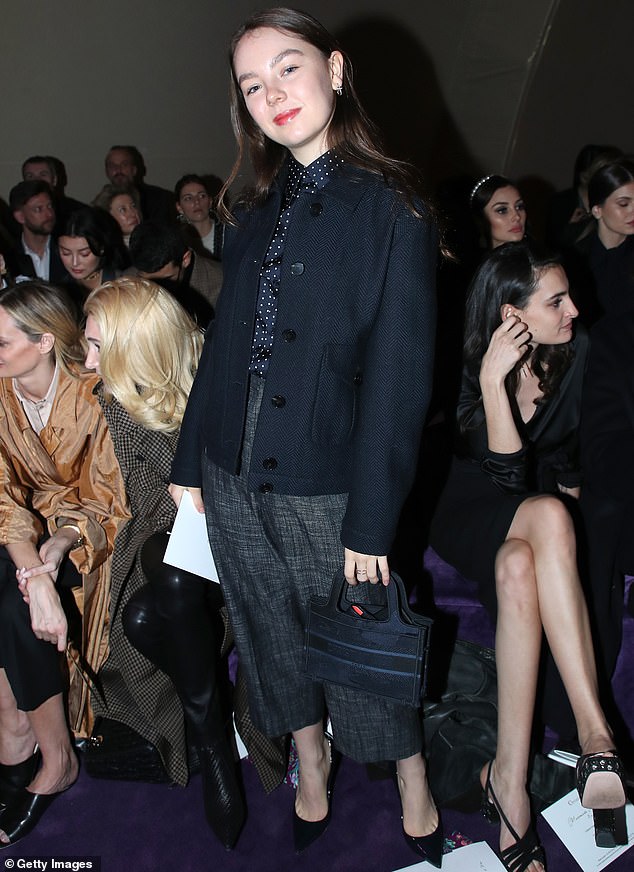 Princess Alexandra of Hanover, 20,  has been named fashion’s new favourie royal by Tatler magazine after a series of appearances at fashion weeks throughout January (pictured, attending the Dior Haute Couture Spring/Summer 2020 show as part of Paris Fashion Week on January 20)

The 20-year-old, who was born in Vöcklabruck, Upper Austria, also boasted a distant claim to the British throne until September 2018, when she was removed from the line of succession after she converted to Catholicism.

Alexandra’s interest in fashion has been apparent since she attended the Monaco Rose Ball as a teenager wearing a Chanel gown and jacket alongside her brother and step-sister Charlotte.

Her style and penchant for haute couture has developed over the years and Alexandra has recently been spotted rubbing shoulders with the A-list on the front row of hot ticket fashion shows. 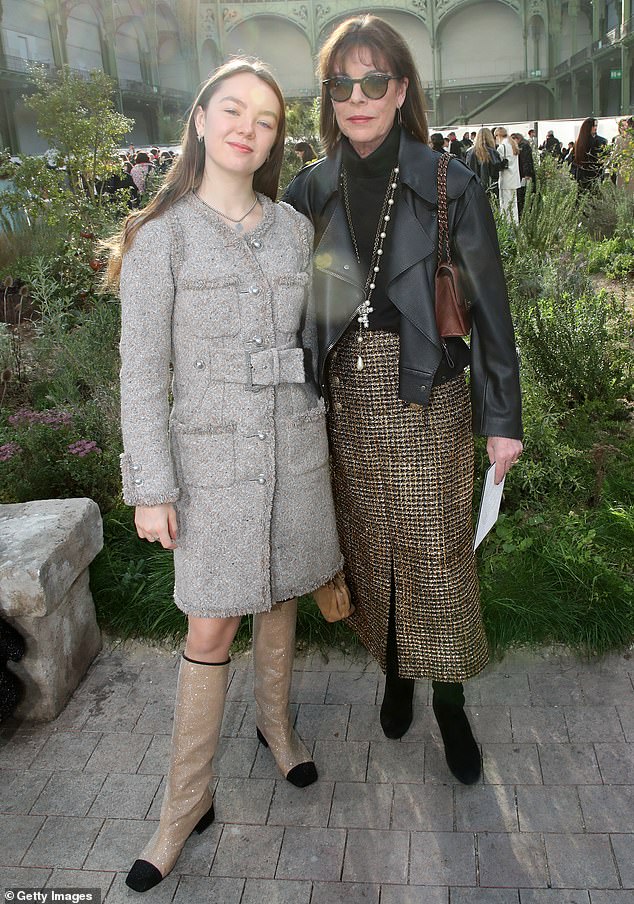 Alexandra is the only daughter of Princess Caroline, 63, and Prince Ernst August, 65, of Hanover, and is 12th in line to the Monagesque throne (Pictured: Alexandra and Caroline at the Chanel Haute Couture Spring/Summer 2020 show on January 21) 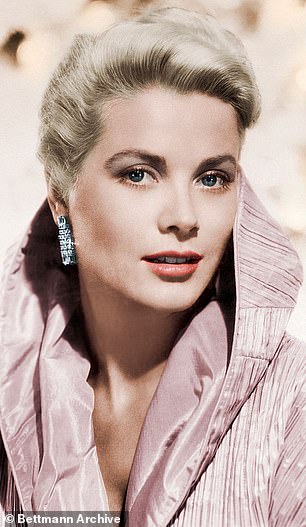 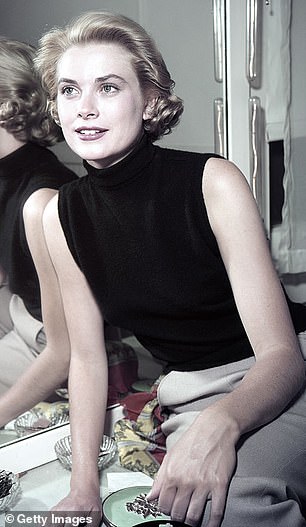 The 20-year-old is the granddaughter of Grace Kelly (pictured), who became the Princess of Monaco when she married Prince Rainier III in April 1956

The 20-year-old stunned in a glittering, silver belted dress complete with statement buttons down the middle and a fur trim. She paired her bold ensemble with sparkling, champagne-coloured knee-high boots.

She was also seen alongside Alexa Chung on the front row of the Dior Haute Couture Spring/Summer 2020 show in January.

But this was far from Alexandra’s first appearance at Paris Fashion Week, as she appeared on the fashion circuit with her step-sister Charlotte Casiraghi – the daughter of Caroline and Italian socialite Stefano Casiraghi – last September. 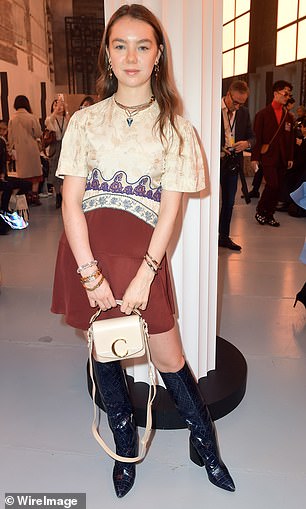 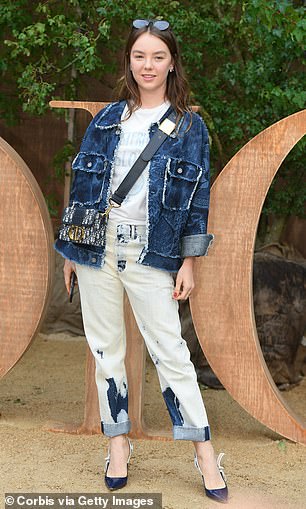 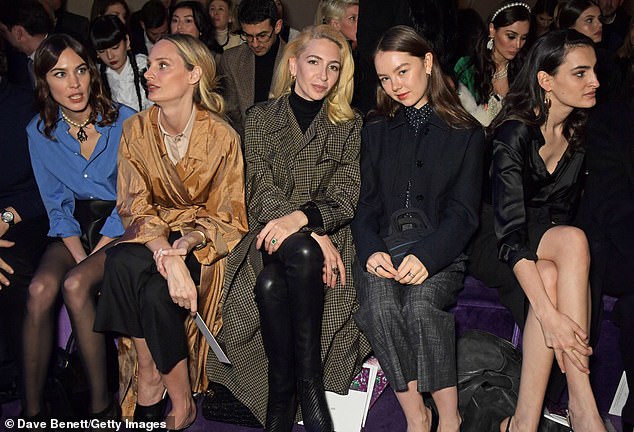 Alexandra has been rubbing shoulders with some of fashion’s finest over the past few months (pictured, with Alexa Chung, Lauren Santo Domingo and Sabine Getty on the front row of the Dior Haute Couture show on January 20)

The 20-year-old stunned in a glittering, silver belted dress complete with statement buttons down the middle and a fur trim (left) at the Chanel show. Pictured right at the Giambattista Valli Womenswear Spring/Summer 2020 show on September 30

The 20-year-old royal sat in the front row alongside Karlie Kloss at the Christian Dior Womenswear Spring/Summer 2020 show.

Here, she again boasted her penchant for fashion in a paisley print dress by Chloé. The dress, which retailed for £2,764, featured flowing long sleeves and a knee-length, pleated skirt. 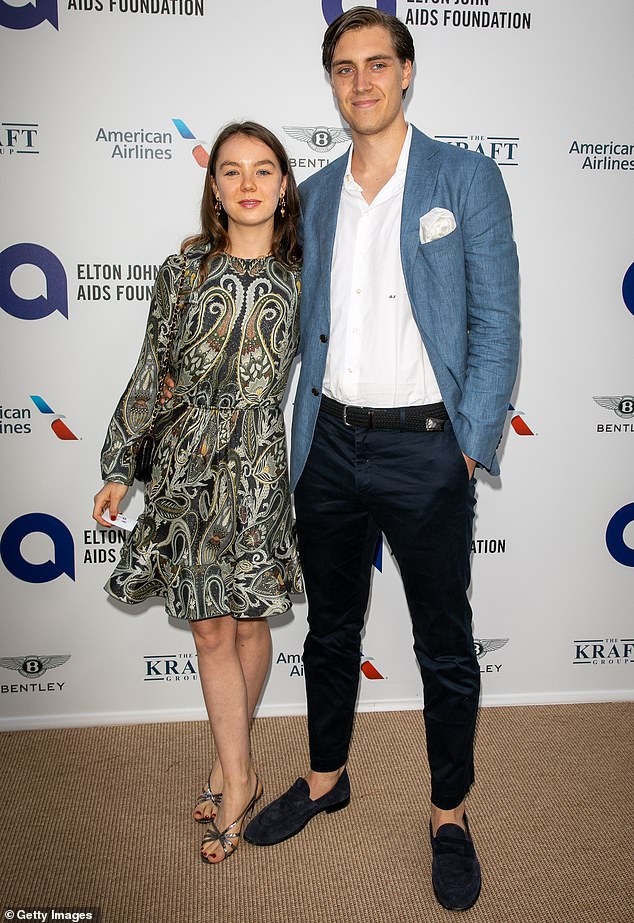 But her interest in fashion is clear and still thriving, and considering her stylish lineage, perhaps it is entirely unsurprising.

Her mother Caroline was a Chanel muse in the 1980s and her step-sister Charlotte is a fashion ‘It Girl’ in her own right.

Caroline was a familiar face on the front row of fashion shows throughout the decade, boasting a casual preppy style when she stepped outside of her royal gowns. 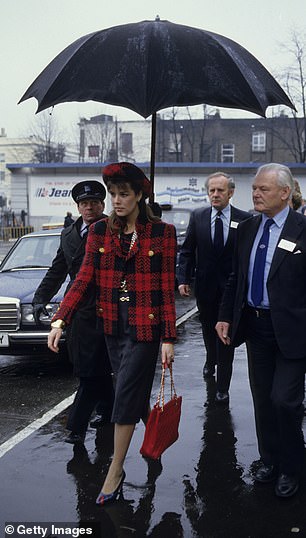 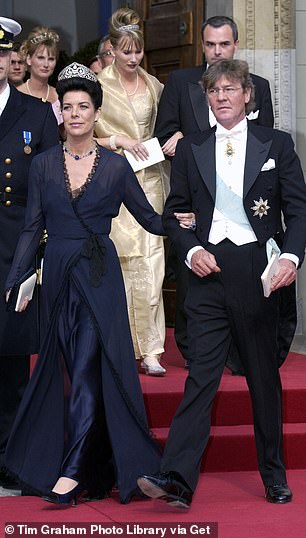 Princess Alexandra’s mother Princess Caroline of Monaco was a Chanel muse in the ’80s (pictured left, in London in 1986, and right, with Prince Ernst dressed in formal attire in Copenhagen)

Meanwhile Alexandra’s grandmother Grace Kelly is also considered a style icon to many.

Grace, who became Princess of Monaco when she married Prince Rainier III in April 1956, had an effortless, glamorous style which defined the 1950s.

The actress often wore cropped trousers and a string of pearls on casual days, while opting for dresses which featured the ‘New Look’ silhouette made famous by Christian Dior for more formal occasions.

Drake, The Weeknd, & J. Cole FaceTimed a Young Fan Before He Died Of Cancer
Entertainment

Samuel L. Jackson Reads A Perfect Coronavirus Update To ‘Go The F**k To Sleep’
We and our partners use cookies on this site to improve our service, perform analytics, personalize advertising, measure advertising performance, and remember website preferences.Ok