The Glass Incident Fire began raging through Northern California early Sunday morning. Three days later, at least 19 wineries and have been affected, from burnt buildings and warehouses to torched and smoked vineyards. 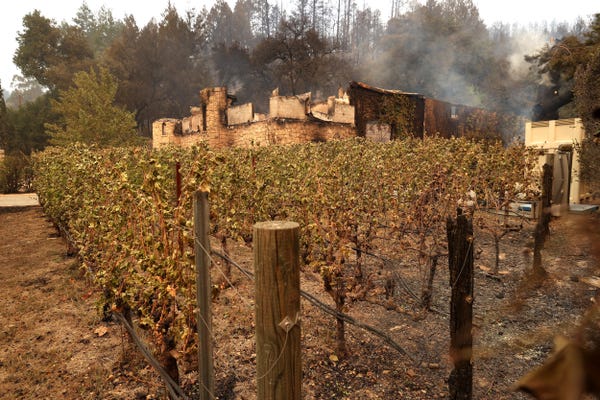 Castello di Amorosa, a winery in Napa County, sustained extensive damages when the fires ravaged a warehouse holding 120,000 bottles of wine worth about $5 million. 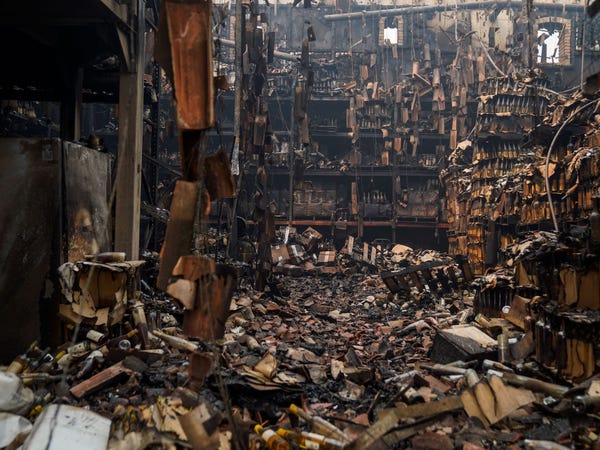 The wine industry in California's Napa and Sonoma counties make more than $10 billion a year, Robert Eyler, a professor of economics at Sonoma State University, told The Atlantic in 2017. 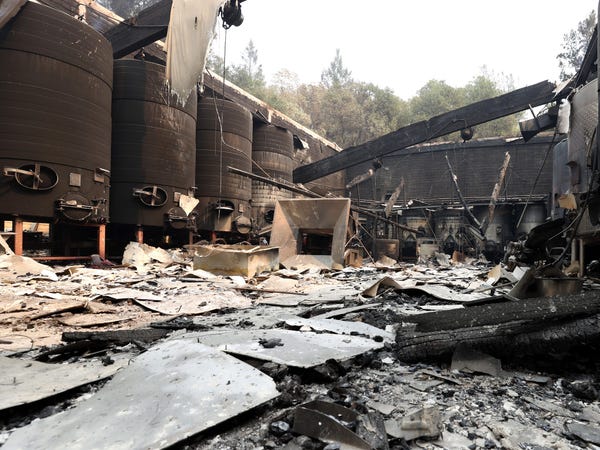 The economic impacts from the disaster are not yet known, but 3.7 million acres of California have burned so far this year. In an average year, less than 350,000 acres of the state burns, per Insider. 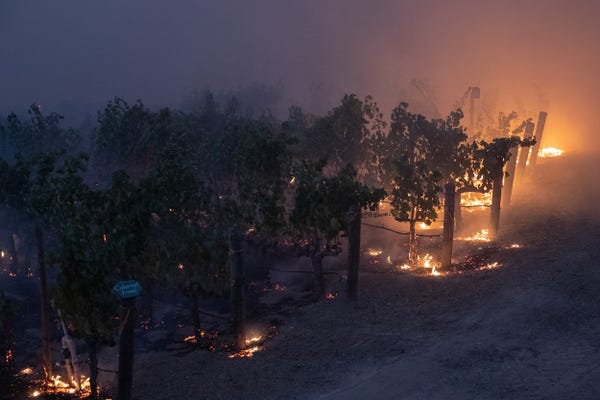 The Glass Incident Fire is 2% contained and has consumed 48,440 acres of land in Northern California's wine country. 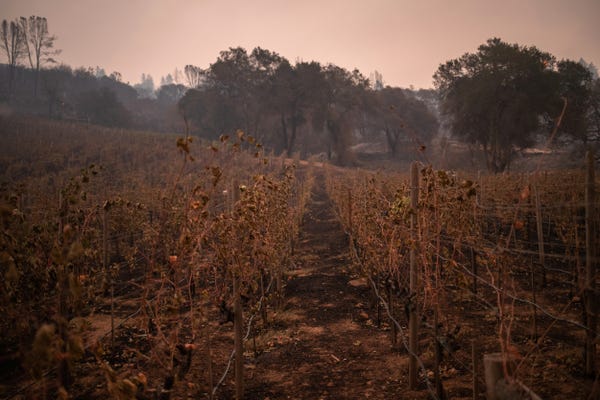 Many buildings and warehouses were destroyed, including the Chateau Boswell Winery. 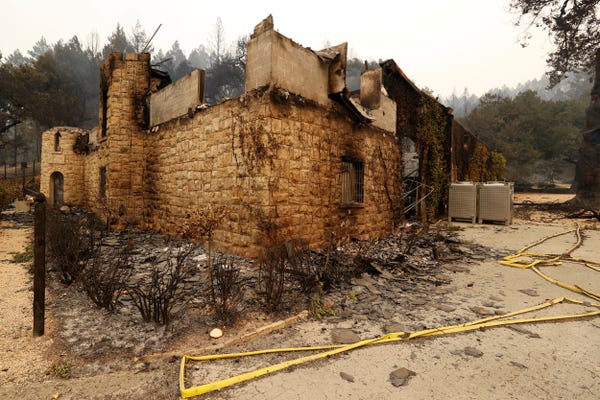 Vineyards that have not been burned also face an economic risk because grapes tainted by smoke can result in ashy-tasting wine. 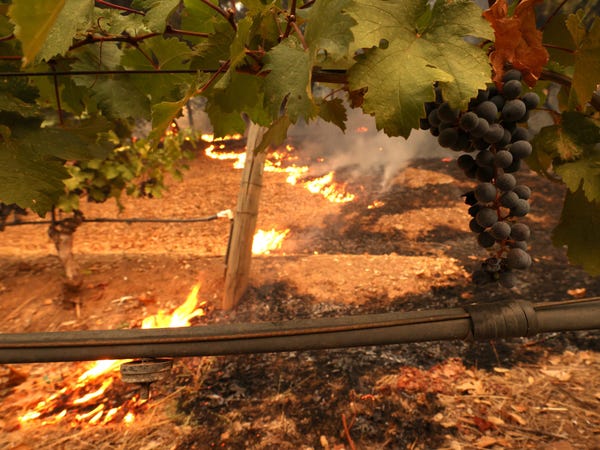 With too much exposure to smoke, the grapes are unusable, Bloomberg reported. 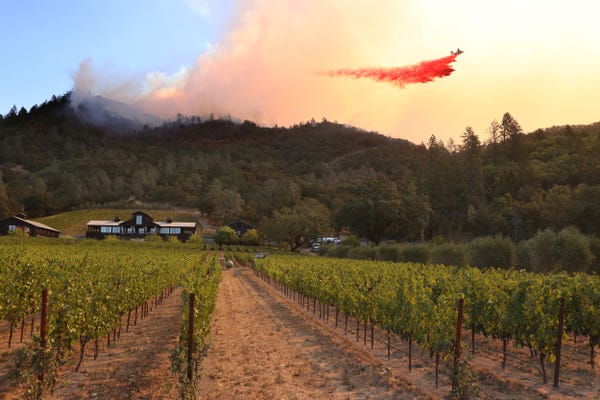 Mia Van de Water, a master sommelier at Cote Korean Steakhouse in New York, previously told Business Insider that wine exposed to smoke is often blended with other wine to dilute the taste, then sold for cheaper than it would normally cost. 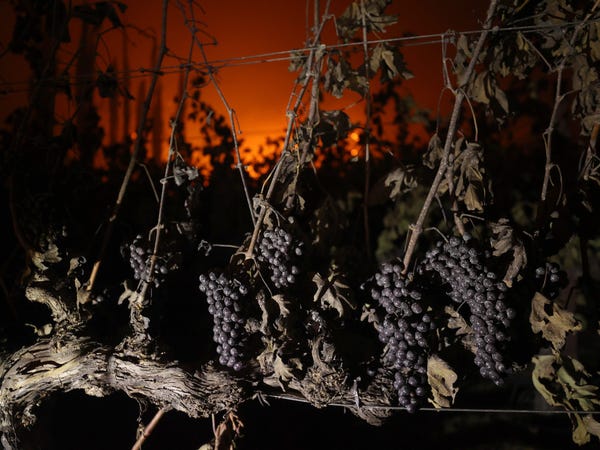 To save the harvest from smoke and fire, some wineries will pick the grapes before they are ripe. 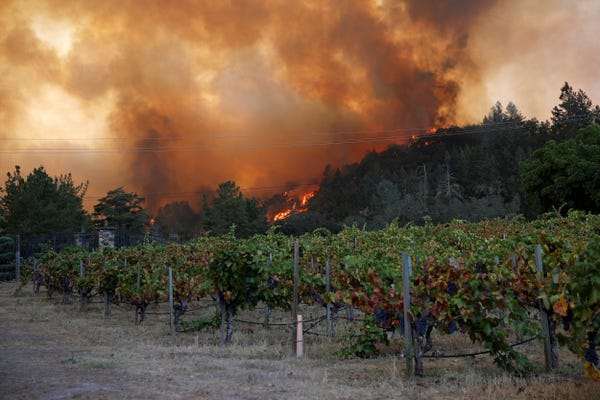 The alternative to this would be to file an insurance claim after smoke or fire destroys the grapes. 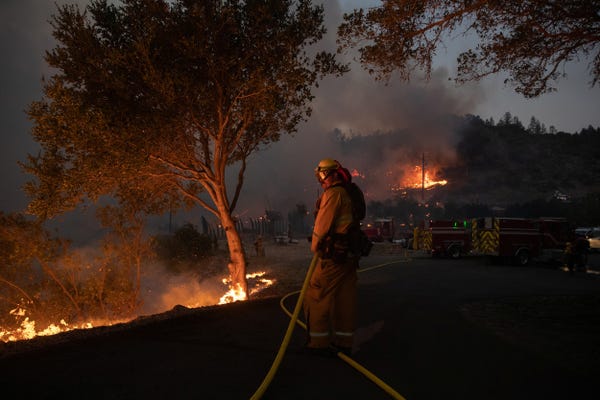 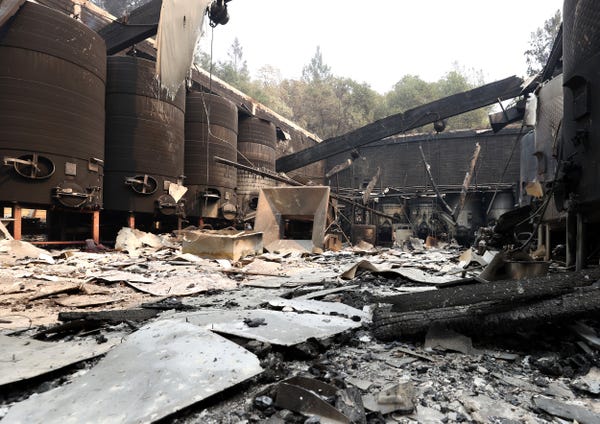 But many grapes are far more valuable, ranging from $100 to more than $7,000 per ton in the last two years, according to a report published by Vintroux, a real estate firm in wine country. 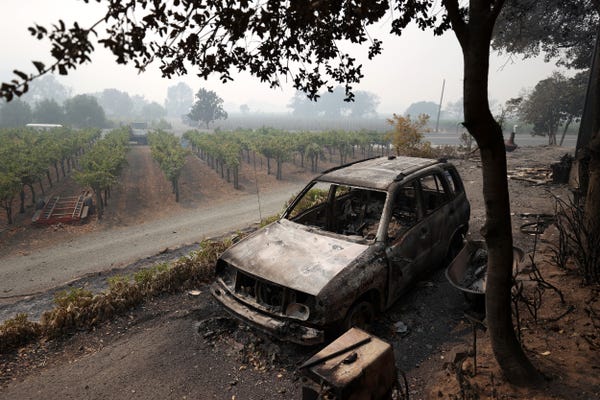 Aside from wineries, resorts and restaurants in the area are being consumed by flames. Napa Valley's three-Michelin-star Restaurant at Meadowood burned down on Monday morning. 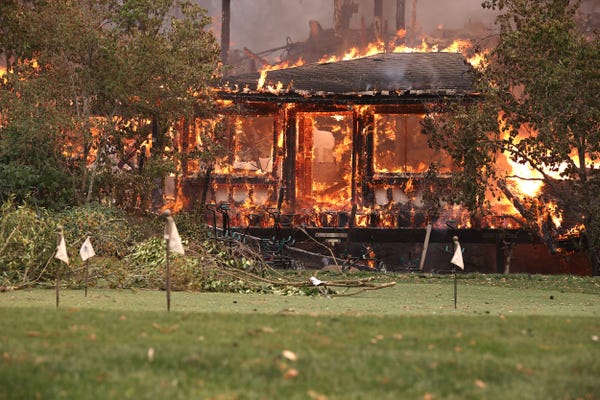 The head chef, Christopher Kostow, previously told Insider that the restaurant has plans to rebuild. 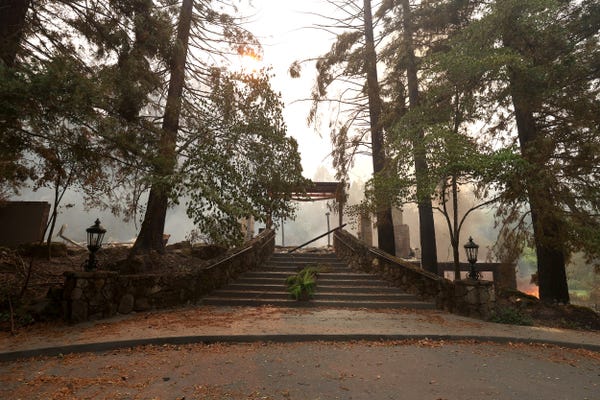 "Napa Valley and California have seen their share of challenges and have always demonstrated a resiliency that others emulate," he said. "The important thing right now is to protect lives and property, and address the bigger issue of climate change." 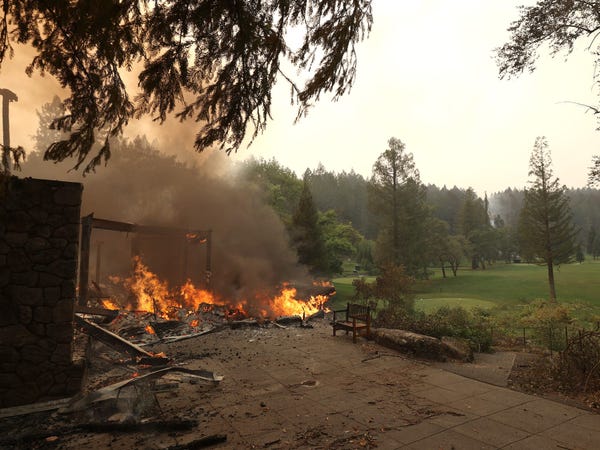