Peter Kay is one of the UK's most successful comedians and topped up his bank balance last year by a million without even doing anything.

The Bolton-born funnyman, 47, hasn't worked since 2017 after he cancelled all his stand-up tour dates and future professional projects due to ‘unforeseen family reasons’.

Fans of the Car Share comedian, who is famous for his 'garlic bread' catchphrase, were left upset over the news but the beloved TV personality ensured people refunded for the tickets, asking fans to donate to Cancer Research instead.

Since then Peter made an appearance at a charity screening of Car Share in Blackpool in April 2018 and had a cameo in April's Big Night In.

Nonetheless, Peter Kay's net worth is still beyond comprehension as the family man has made his millions during his years in the limelight.

How much is Peter Kay worth?

According to reports, Peter Kay is worth a whopping £32.4 million.

Records filed at Companies House in October 2020 show that his two main companies Good Night Vienna Productions Ltd and Hussein Traders Ltd are worth a combined £32,391,479.

How did Peter Kay make all his money?

Peter, who is married to wife Susan Gargan, have three children together, a teenage son called Charlie Michael Kay and two younger children who they have kept out of the spotlight.

The comedian has worked hard over the years and has been in the entertainment industry for decades.

In the 1990s, he began his professional acting career working on several TV shows such as Barking and Comedy Lab. 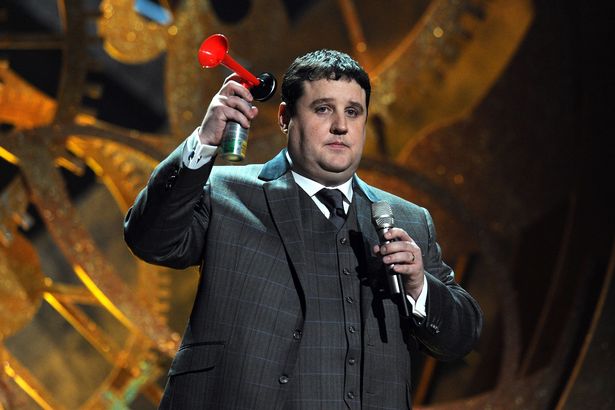 In 2000, he started That Peter Kay Thing and became an international name, with spin-off Phoenix Nights following thanks to its success.

Another spin off Max and Paddy's Road to Nowhere, with Paddy McGuinness also came and his cover of This the Way to Amarillo for Children In Need in 2004 catapulted him to stardom.

Peter has also appeared in Doctor Who and Little Britain over the years, as well as producing many stand up comedy for both tour and DVD.

In 2015 he started his show Car Share and was planning on a hotly-anticipated tour in 2017.

Why did Peter Kay cancel his tour?

But in a statement issued on his Twitter account in December 2017, Peter apologised to fans that have purchased tickets.

"Due to unforeseen family circumstances, I deeply regret that I am having to cancel all of my upcoming work projects," he wrote.

"My sincerest apologies. This decision has not been taken lightly and I’m sure you’ll understand my family must always come first.

"I’ve always endeavoured to protect my family’s privacy from the media. I hope that the media and the public will continue to respect our privacy at this time. Once again, I’m very sorry."

The massive tour was set to be the first time Peter did stand up for eight years and he would have pocketed £5,000 a day for heading out on the road.

He then rescheduled a new tour, Dance For Life Danceathon, which was due to begin in March 2020 but was forced to cancel that after the coronavirus pandemic hit.