Safety experts warned that the eyes and button noses on the cute cuddly toys could come loose, causing the risk of a child to choke and die while playing with one. 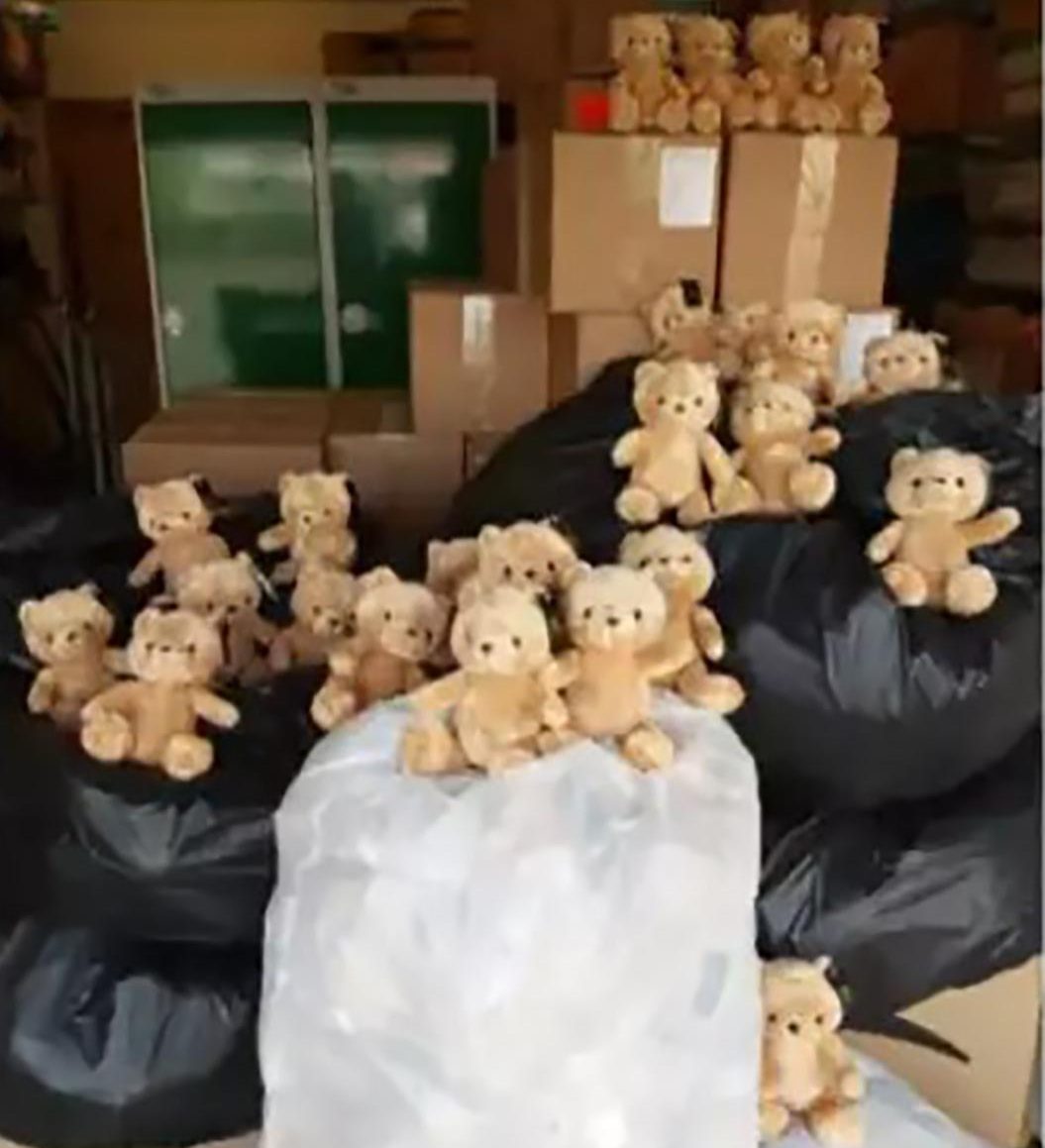 Now experts are warning parents to be on the lookout for similar cheap fake toys in the run-up to Christmas as they may not meet strict EU safety rules and could be a serious danger to children.

If mums and dads don't spot the signs, they could end up accidentally leaving a killer present under the tree.

The "killer" bears were found in a swoop by Trading Standards at a Cambridgeshire business before they could be sold to unsuspecting parents.

How to spot fake toys

Stick to shops you know – Buy toys only from recognised outlets to avoid buying counterfeit goods. eBay often has fake toys for sale, so make sure you find out if they have passed safety tests. If you're not sure – don't buy them.

Look at the price – If it's suspiciously cheap and seems like the price is too good to be true then it probably is. Counterfeit items will be much cheaper than the real thing, so if in doubt, avoid.

Check the packaging – Research what the toy's real packaging looks like and watch out for any marks or logos that seem different to the real thing.

Do your own checks – Check for loose hair and small parts, sharp edges and points on toys. If there are any, don't buy it. Do the same checks with larger toys too such as garden swings and slides. Make sure they are robust and are not a strangulation hazard.

Keep an eye out – Even after you've bought a toy, check them regularly for wear and repair or dispose of them where necessary, especially soft toys for under threes.

A spokesman for Trading Standards said today the raid prevented hundreds of potentially deadly toys being handed to children as Christmas presents.

He added: "When officers looked at the bears, they had concerns over the safety of the product and incorrect labelling.

"Officers issued a suspension notice preventing them from being sold whilst safety tests were being conducted and the business was fully co-operative.

"Testing showed that the bears failed safety standards, under European standard EN 71, and therefore presented a danger to young children."

Trading standards officials from Cambridgeshire and Peterborough Trading Standards Service were tipped off by Heathrow when the bears came into the country.

Peter Gell, head of regulatory services for Peterborough City Council, said: "There are strict laws in place to ensure that all toys placed on the market in the UK and Europe are safe.

"It is easier than ever for businesses to import cheap products from abroad then sell them online or at markets and car boot sales.

"You may save a few pounds but these products are often poor quality, break quickly and may even be dangerous."

The Trading Standards office added: "We are keen to remind consumers of the dangers of buying cheap toys, especially in the run up to Christmas."

Last year in the run-up to Christmas, parents were warned that kids could be at risk from fake Fingerlings toys.

Soon afterwards, it was revealed that dangerous fake toys are on the rise with thousands flooding into Britain.

And last month, a children's "squishies" toy shaped as a cake was recalled over fears children could choke on it.