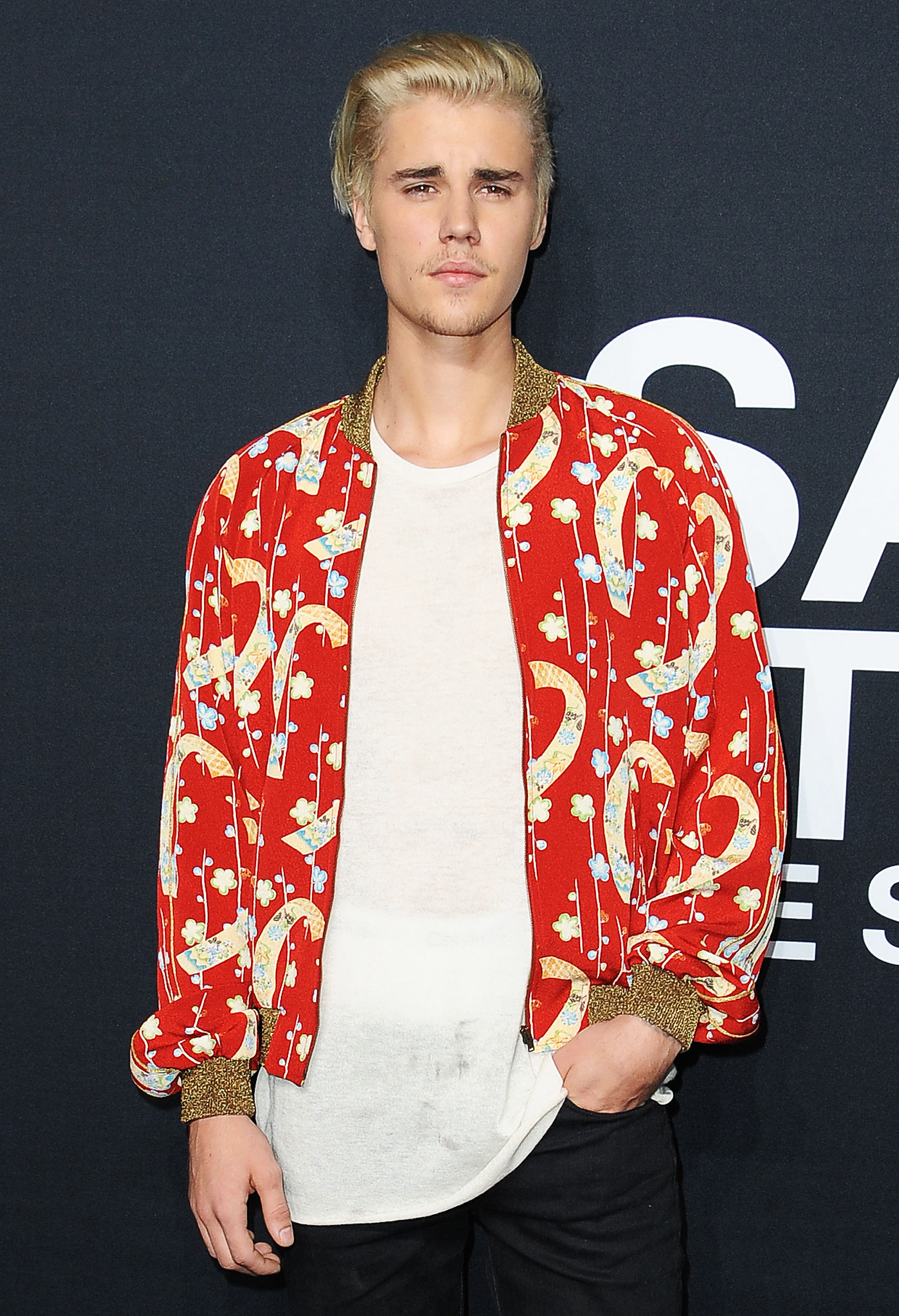 Make way for the “Yummy” food truck! Justin Bieber, singer of the tasty tune, took to Twitter on Thursday, January 23, to share a snapshot of the vehicle, which is black with pink accents, and includes plenty of “Yummy” signage.

The truck also features a picture of Bieber, 25, and James Corden, indicating it’s going to be used in an upcoming episode of The Late Late Show with James Corden. “#yummy @JKCorden,” the “I Don’t Care” singer captioned the photo.

Hours earlier, Bieber shared different photos of his food truck adventure on Instagram. In those pictures, the smiling Canadian crooner is in the truck, handing out fish tacos to eager fans while wearing a “Yummy” branded apron and hat. “Stay on the lookout for James Cordon coming up,” the Grammy winner wrote in the caption.

In addition to tacos, the food truck also sold grilled cheese sandwiches. Both items were priced at $1 a piece and proceeds were donated to the L.A. food bank, according to TMZ.

The outlet, which estimated about 100 people showed up for the cheap grub and a glimpse at Bieber, also snapped a photo of the menu outside the truck. Each item referenced one of the “Sorry” singer’s hit tracks. The tacos were actually “Despacitotacos,” while the grilled cheese was billed as “Where Are You Now That I Need Cheese You?”

The pop star’s fun stint with Corden, 41, comes about two weeks after he revealed he is battling Lyme disease via an emotional Instagram post. “While a lot of people kept saying Justin Bieber looks like s–t, on meth etc. they failed to realize I’ve been recently diagnosed with Lyme disease, not only that but had a serious case of chronic mono which affected my, skin, brain function, energy, and overall health,” he wrote at the time.

The gluten intolerant Drew House designer also noted that fans will see his struggles with the infectious disease in an upcoming documentary series, Justin Bieber: Seasons. “You can learn all that I’ve been battling and OVERCOMING!!” he noted. “It’s been a rough couple years but getting the right treatment that will help treat this so far incurable disease and I will be back and better than ever NO CAP.”

“Yummy” — Bieber’s latest tune and his first solo track in more than four years — was released earlier this month along with a food-filled music video. The song is seemingly an ode to the Never Say Never star’s wife, Hailey Bieber (née Baldwin).