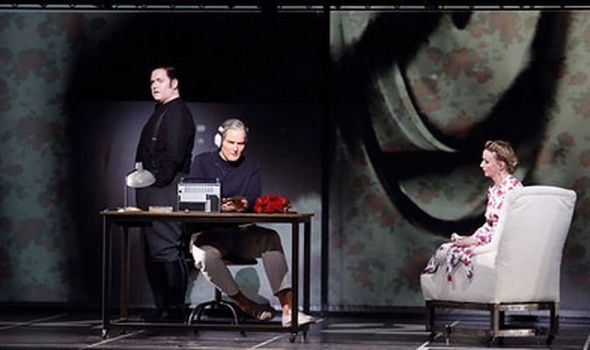 This was followed by Offenbach’s Orpheus in the Underworld which is a splendid comic romp and then, as a total contrast, came Harrison Birtwistle’s Mask of Orpheus which is utterly confusing both for plot and musical content. Now the set is completed by an opera by the American composer Philip Glass, who is often described as “minimalist” and “repetitive”, but I found his Orphée surprisingly pleasant and tuneful.

The opera is based not so much on the Greek myth as on the updated vision of that story told in a 1950 film by the French director Jean Cocteau.

Projections of that film onto the back wall of the stage accompany the action in the opera in Netia Jones’s production and it all works rather well, especially the scenes in the Underworld.

Orpheus is presented to us not as the tragic musician of the original myth but as a poet struggling to recreate the success of his youth.

He is, as always, married to Eurydice but falls for the allure of a mysterious lady known as “the Princess”, who turns out to be death itself.

Glass’s music is never easy, either to sing or listen to, but his Orphée is more accessible that usual and the leading cast members are terrific. 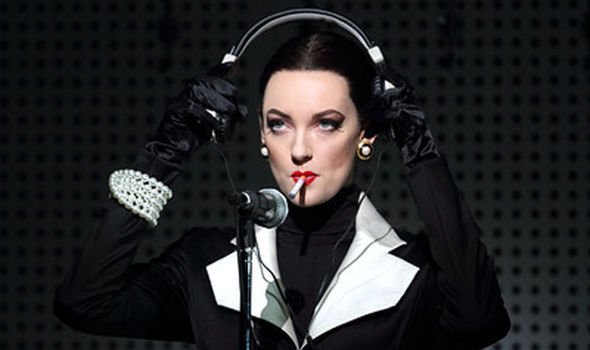 The Australian baritone Nicholas Lester plays the title role very convincingly, while British soprano Sarah Tynan gave us another excellent Eurydice to follow her performance in the same role in Gluck’s opera.

The whole plot is held together by a mysterious character called Heurtebise, very well played by tenor Nicky Spence, who acts as chauffeur, counsellor, general factotum and friend to the two main characters.
Most striking of all, however, was British soprano Jennifer France in the very demanding role of the Princess. 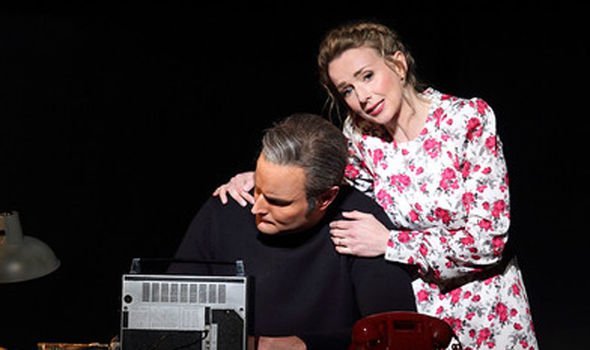 Whether being seductive or satanic, she was totally convincing and enhanced her growing reputation.

Glass has been nominated three times for Academy Awards for his musical scores and the music in Orphée is often reminiscent of really good background film music.

On the other hand, if you really find Philip Glass hard going, I can thoroughly recommend the other recent ENO offering, which is their usual winter treat of Gilbert and Sullivan’s Mikado.

Jonathan Miller’s production of this has now been going for 35 years and is a glorious romp, with enough changes and originality each time to make it always worth seeing.

And it is clear from the enthusiasm of the cast that they never tire of it either.