Ogden R. Reid, the former editor of The Herald Tribune who represented congressional districts in Westchester County, N.Y., for 12 years, first as a Republican and then as Democrat, died on Saturday at his home in Waccabuc, N.Y. He was 93.

His death was confirmed by his son David.

The newspaper was respected for its high-quality journalism but dogged by financial troubles that would help bring its demise in the 1960s; the family sold its controlling interest in 1958. Mr. Reid entered government service the next year when President Dwight D. Eisenhower named him ambassador to Israel.

In 1961, another Republican, Gov. Nelson A. Rockefeller, appointed Mr. Reid chairman of New York’s State Commission Against Discrimination. Some politicians saw the move as intending to help make Mr. Reid better known in the state should he seek elective office. His family’s ties to the Republican Party went back to the 19th century.

He did seek office the next year, running for the party’s nomination for the House of Representatives seat from a predominantly Republican district in eastern Westchester. The county’s Republican leaders backed him over their party’s incumbent, Edwin B. Dooley, who was seeking re-election. Mr. Reid defeated him in the primary and handily won the general election.

During his House tenure, which ran through 1974, Mr. Reid supported antipoverty and civil rights legislation and efforts to improve urban areas, curb housing discrimination and strengthen Social Security. He voted so often with the House’s Democratic majority that some conservative Republicans said the initials O. R. stood for “Occasionally Republican.”

When a Westchester official spoke out against distributing federal surplus food to impoverished families in the county, saying it would be degrading to the recipients, Mr. Reid responded that when people are hungry, “pride doesn’t interfere with taking free food.”

Though known for its affluent communities — including Purchase, where Mr. Reid then lived — his district also had growing pockets of poverty in New Rochelle, White Plains and Mount Vernon.

“This is really a national district, with a real cross section of points of view. It’s not all affluence or all poverty,” Mr. Reid told The Times in 1970. “It can’t be all suburbia when it starts at the Bronx line. And the broader the base, the more hopeful it is, because the more different kinds of people are willing to work.” 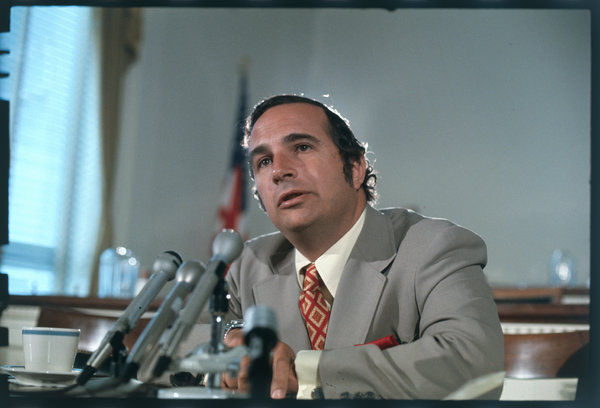 Mr. Reid repeatedly introduced bills to protect journalists from being compelled by federal courts and other governmental authorities to disclose confidential sources. The bills, which did not pass, were designed “to defend against possible repression of the news media,” he said.

In his first three re-election runs, Mr. Reid had no opponent in the primaries and won the general elections by large margins, enhanced by the votes of many Democrats. But in 1970, with conservatives having gained strength among Westchester Republicans, he had a challenger for the nomination, whom he narrowly beat before again winning the general election easily.

In 1972, Mr. Reid announced he was quitting the Republican Party and would seek re-election as a Democrat because, he said, the Republican Party had “moved to the right.” He acknowledged that the prospect of another stiff primary challenge — and the likelihood of opposition in the party to his running for statewide office — also factored into his decision. Now as a Democrat, he won re-election again.

Two years later, rather than seek another House term, Mr. Reid entered the race for the Democratic nomination for governor. As he began to tour the state in 1973, he sharply criticized Gov. Nelson Rockefeller’s “slavish allegiance” to President Nixon — a sharp break with his recent Republican loyalties.

“We have had enough imperious paternalism from Albany and Washington,” he told Democrats in western New York in May 1973, months before officially announcing his candidacy. “Finally we must restore to Washington and Albany an administration that is capable of leading through unity, eschewing divisiveness — whether it be the Watergate and Southern strategy by Washington or one-man decisions in Albany.”

Mr. Reid dropped out of the race when he failed to gain substantial support beyond Westchester. After Representative Hugh L. Carey of Brooklyn won the Democratic nomination and the 1974 general election, he appointed Mr. Reid as his commissioner of environmental conservation.

But Mr. Reid resigned after 16 months because of differences with Mr. Carey over the handling of matters like General Electric’s discharge of the highly toxic chemical PCBs into the Hudson River. In 1983 he ran unsuccessfully for Westchester County executive.

Ogden Rogers Reid was born in Manhattan on June 24, 1925, a son of Ogden Mills Reid and Helen Rogers Reid. His father, who had taken over The Tribune in 1912 after the death of his father, Whitelaw Reid, presided over the 1924 acquisition of The Herald and the papers’ merger. After Ogden M. Reid died in 1947, his wife was The Herald Tribune’s president and dominant figure for several years.

Ogden R. Reid served in the Army as a paratrooper in the 11th Airborne Division during World War II. In 1949 he graduated from Yale and married Mary Louise Stewart before joining The Herald Tribune, where he worked as a mail clerk, photographer and reporter before becoming vice president in 1953. Two years later, just 29 years old, he succeeded his older brother, also named Whitelaw Reid, as president and editor.

Ogden Reid’s efforts to halt the paper’s falling circulation and financial slide were unavailing, and in 1958 the Reids sold a controlling interest to John Hay Whitney, the United States ambassador to Britain. But Mr. Whitney was no more successful, and in 1966 the paper was merged with others in trouble into an amalgam called The World Journal Tribune. It closed the next year.

Besides his son David, Mr. Reid is survived by his wife, Mary Louise Reid; four other sons, Stewart, Michael, William and Ogden; a daughter, Elisabeth Taylor; and 19 grandchildren.