This is double the figure from four years ago and suggests we are now losing plants and fungi that could cure deadly diseases or help with green energy and new foods. The Royal Botanic Gardens Kew’s State of the World report is based on work by 210 scientists from 42 countries. It estimated 39.4 percent of plants are now threatened with extinction, compared to 21 percent in 2016.

Kew admitted the increase is partly due to better analytical techniques.

The danger list includes 723 plants used for medicine such as the black pepper-bark tree, which offers a traditional cure for coughs and colds.

The report also warned that the world relies too heavily on a small number of plants for food. It said 15 plants provide 90 percent of humanity’s food energy intake, with four billion people relying entirely on three crops – rice, maize and wheat. Yet the study identified 7,039 edible plants which hold potential as future foods such as South Africa’s morama bean, whose roasted seeds taste like cashew nuts.

Baobab trees provide fruit and seeds, the pulp is used to treat fevers and diarrhoea and the bark helps make paper, rope and clothing. The study said there are 2,500 plants that could be used for green energy. 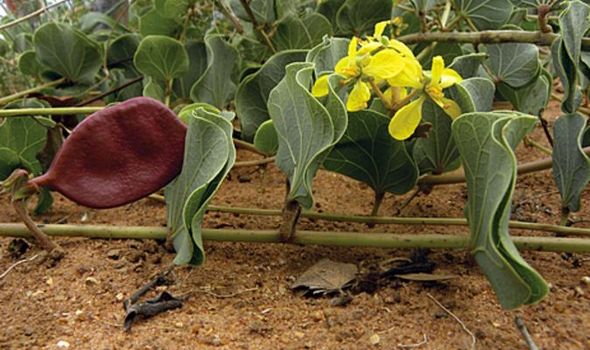 Professor Alexandre Antonelli, director of science at Kew, said: “The report paints a picture of a world that has turned its back on the potential of plants and fungi to address fundamental global issues such as food security and climate change.

“Societies have been too dependent on too few species for too long.”

Dr Stefano Padulosi said: “The thousands of under-utilised and neglected plant species are the lifeline to millions of people on Earth tormented by unprecedented climate change and food insecurity.

“Harnessing this basket of untapped resources should be our moral duty.”

Shannen Doherty: My Cancer Diagnosis Is Not a ‘Death Sentence’
Entertainment