‘I don’t track spending or write anything down’: Savvy mother’s genius money saving system that takes just ONE HOUR a year to do

If you don’t like tracking your expenses but need to keep a close eye on your spending, an Australian mum’s simple system is the perfect solution.

Rachael, a mother-of-two, revealed she doesn’t spend hours on her family budget to make the figures work, instead, she uses a number of accounts – each with their own cards.

‘I spend about one hour a year on my budget. That’s 30 minutes every six months, to ensure everything is on track and adjust figures if required,’ she wrote in a budgeting Facebook group Mums who Budget and Save.

‘I don’t track anything, I don’t write anything down, in fact, I don’t pay a lot of attention to it at all. That’s partly due to experience and partly due to my system.’ 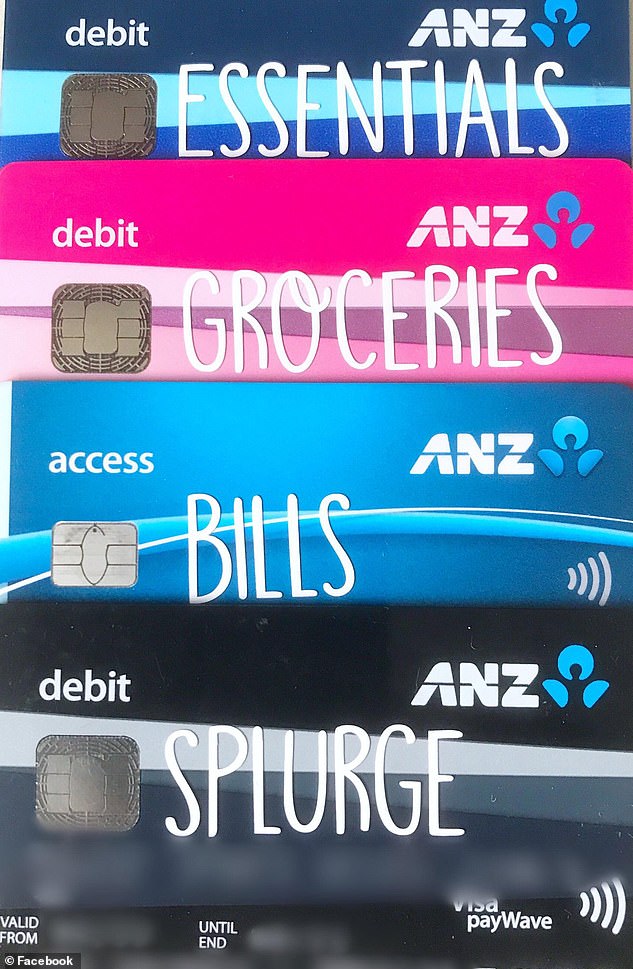 What do each of Rachael’s accounts cover?

Bills: Any pre-set amounts including direct debits for streaming services and her child’s swimming lessons

Splurge: Any discretionary spending such as take away meals, family outings, dates, gifts

Rachael’s surprisingly simple budgeting hack, one she said was inspired in part by The Barefoot Investor, sees her split her family’s costs over four accounts.

Each account comes with its own debit card labelled using customised stickers. These categories include essentials, groceries, bills, splurge.

‘The only thing I have to do to keep to my budget is use the right card/account,’ she said.

‘If I do that then I don’t have to track anything.’

Rachael’s labels can now also be purchased by the public for $7.95.

Rachael said part of what makes her system so effective is that unlike other systems which may use a single account with multiple accounts linked, one dedicated account per household category means when funds are exhausted, that’s it as money can’t be shifted around.

‘I’ve used a LOT of different methods over the years and this is definitely the most user friendly for our lifestyle,’ she said. 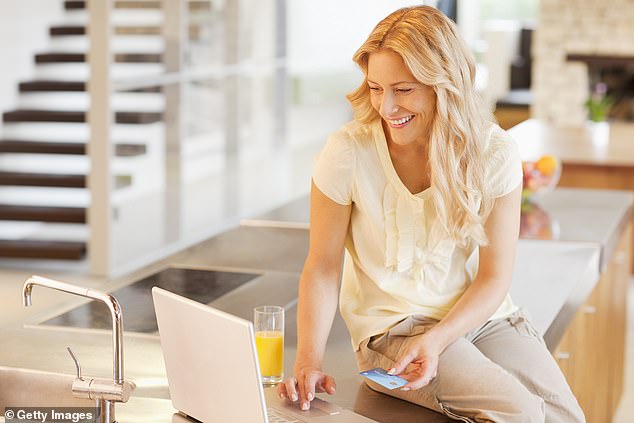 ‘The only thing I have to do to keep to my budget is use the right card/account,’ Rachael said (stock image)

The savvy mum added she’s streamlined the process even further by giving her husband an identical set of cards which avoids confusion.

Rachael explained that while the card system stops her from overspending, she works with a spreadsheet to determine how much money to spread across her accounts.

‘I type all my expenses in (a spreadsheet) and I have formulas to work out the transfers automatically. I only update it twice a year,’ she said. 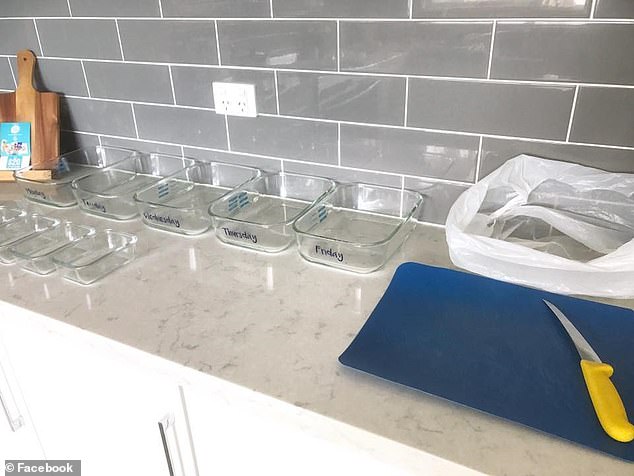 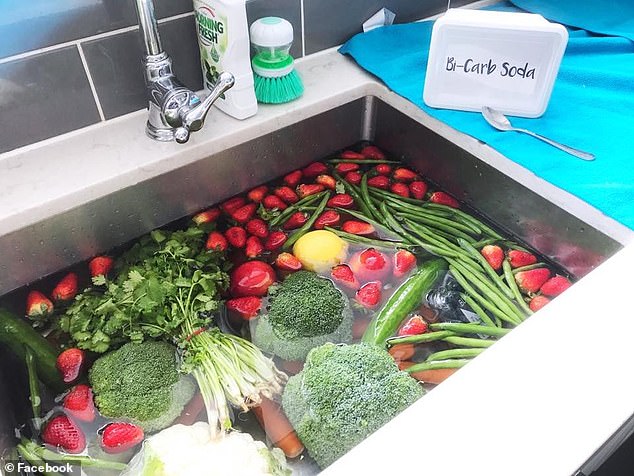 It’s not the first time the budget-conscious mother has shared her clever tips for saving either.

She recently revealed her $115 grocery and meal prep routine – one that starts on a Sunday with menu planning and sees her shop across three different locations the following day.

The organised mum explained her grocery list is devised using an app called Paprika which allows her to put together recipes and a menu. 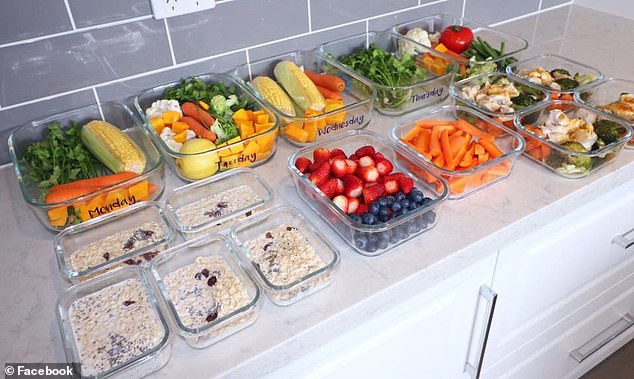 Each container is labelled with days of the week and as well as organising the family’s evening meals, her routine also sees her prepare breakfasts too

On a Monday, she said she will head to Woolworths, the grocer and the butcher (in that order).

Once she has bought everything she needs, the savvy mum said she soaks all her fruit and vegetables in water with bi-carb soda added in order to remove any pesticides before dividing these into containers labelled with days of the week.

Frozen vegetables, meats or protein substitutes will be added on the day she is cooking.

‘The actual vegetable chopping for meals only takes about 10 minutes. The soaking/drying isn’t hands on so you can do other tasks while you go,’ she said.

‘I usually put my audio book on while I work, that way I’m using my time really well. I’m very flexible – if we want to go out then we do, I just make the meal on the weekend instead.’