Mother is furious to learn a close relative has given her newborn the SAME name as her own four-week-old daughter – so is she over-reacting?

A British mother has told of her ‘hurt’ at learning her niece has given her new baby daughter the same name as her own four-week-old daughter.

Writing under the handle ‘GreyEyed’ on parenting site Mumsnet, the new mother explained she felt hurt by her niece’s decision to give her daughter the same name – even though she used a shortened version.

She said that while she would be putting the longer version of the name – which she didn’t disclose – on her daughter’s birth certificate, ‘I’m a bit hurt tbh’.

Her dilemma received a mixed response on the parenting forum, with some pointing out that ‘no-one has a monopoly on names’, while others confessed they’d be ‘fuming too’ in the same situation. 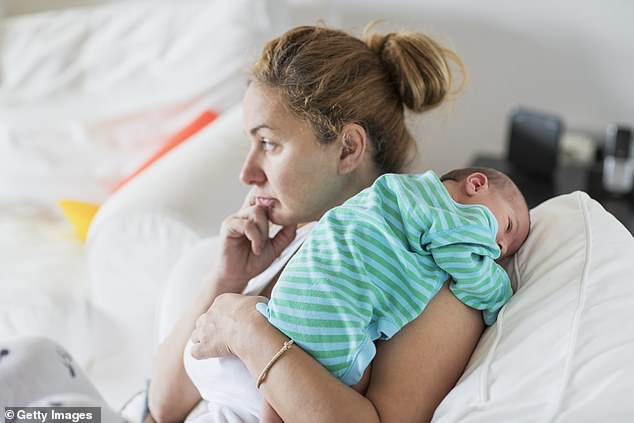 ‘My daughter was born 4 weeks ago (still in hospital) as she arrived premature,’ she wrote.

‘Niece gave birth yesterday morning and named her the same name (although I’m putting a long version on the BC). I’m a bit hurt tbh. AIBU?’

Her post prompted a stream of replies from fellow users, many of whom told her it was unreasonable to be annoyed as ‘no-one has a monopoly on names’ – particularly if it’s an especially popular one.

‘Each child will have a friend of the same name when they get to nursery & school,’ one Mumsnet user pointed out.

‘There’s nothing wrong with a name appearing multiple times in a family tree. Many families do it deliberately.

‘The comparisons between a full term baby and preemy baby would be exactly the same whatever the babies’ names.’

Another wrote: ‘It depends if the name is something like Olivia or something like Guinevere. If it’s a very popular name, statistically, then I don’t think you can be too upset about it.’

Others sympathized with the new mother and agreed they would be equally as annoyed if a family member named their child the same as their baby.

A user speaking under the handle ‘WallisFrizz’ claimed she would be annoyed as the child were born close to each other and not generations apart.

She said: ‘It would annoy me as they were born so close together. I’d think ‘really of all the names in the world you had to pick the exact same one as my dc within weeks of me naming it?!’ If they were a generation apart (as I though you were going to say) wouldn’t bother me.’

Another added: ‘This would absolutely irritate me. Yes of course no owns a name blah blah but seriously where’s the originality in using a very new baby’s name who you will see frequently.

‘Also a baby who is still in hospital. A bit off I think. Also she could at least have told you before the name announcement. I presume she didn’t?’

A Mumsnet user who felt the woman with the dilemma was overreacting wrote: ‘Congratulations on your new baby. I think people overreact to ‘same’ names, tbh. Imagine it was you who had picked out a name for your baby months ago, kept it quiet and then ‘bam’, a family member or friend has a baby a new days or weeks before you and use ‘your’ name!

Another added: ‘She could have had that name picked out way before she even knew you were pregnant and from her view you ‘took’ her name.

‘I think it’s actually quite sweet that they’ll have a namesake buddy in the family.’