‘She started becoming a woman at two years old’: Heartbroken mother reveals how her daughter went through puberty when she was a toddler – and is now dealing with menopause at age SEVEN

A mother has spoken about how her daughter is going through menopause at age seven, after revealing her child had started ‘becoming a woman at two’.

Tam Dover, 43, from the Central Coast, New South Wales, is mum to Emily – a seven-year-old who started developing breasts as a toddler and had her first period aged four.

While the mum-of-four does all she can to make sure Emily’s life is as normal as possible, she describes her child’s situation as ‘heartbreaking’.

‘It’s heartbreaking – I can’t buy her normal dresses because of her breasts. She’s more like a 17-year-old,’ Mrs Dover told It’s Your Day. 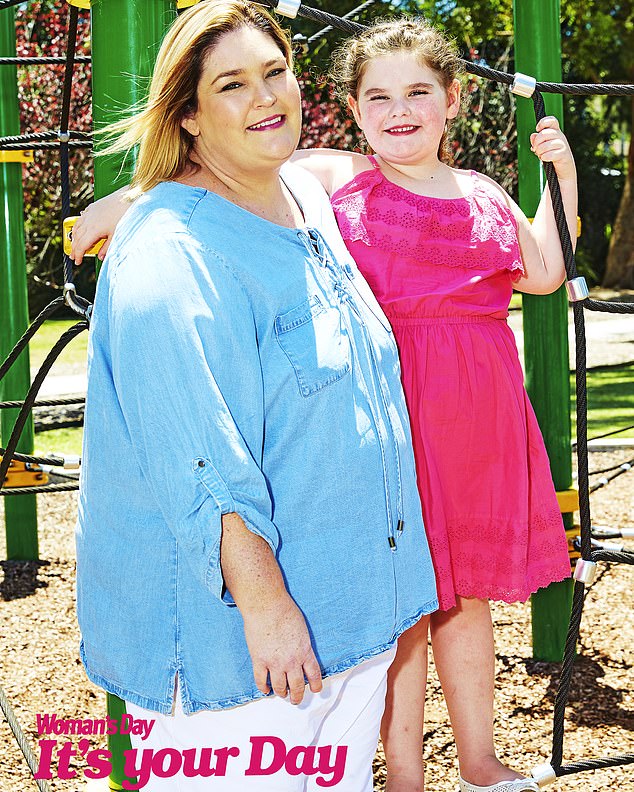 Mrs Dover said her child, born weighing 3.6kg, was the smallest of all her siblings, including her brother Matt, now 21, and her sister Trianaei, 24.

There wasn’t anything to suggest Emily’s development was different from her brother or sister until she had a growth spurt at four months old.

At this point, Emily grew to the size of a one-year-old – and her development quickly continued from there.

She started to develop breasts at two years old, and by the time she was four Emily was menstruating and needed to be taught how to use panty liners.

Her concerned parents took her to countless specialists in a bid to try and find a way to help their child.

However, Mrs Dover said they were told genetics or diet was the problem.

To make matters worse, Mrs Dover, who works in an office, and her husband Matt, a security guard, had to pay $500 every time they visited another doctor.

‘It placed a huge strain on us financially. Not to mention frustrating as no doctor could detect what was wrong with her,’ she said. 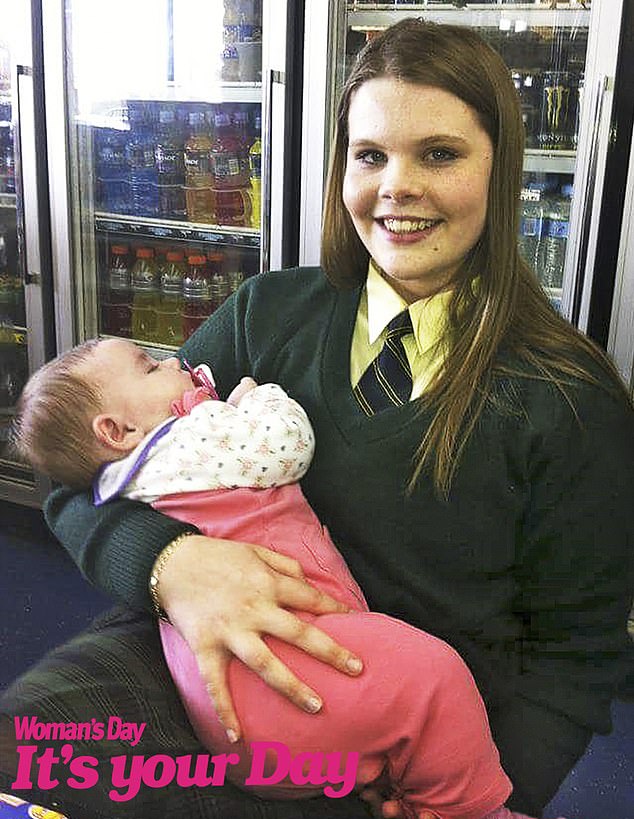 Emily (pictured aged four months with her big sister Trenaei) was born weighing 3.6kg, the smallest of all her siblings

What is Addison’s disease?

Addison’s disease (chronic adrenal insufficiency) is a rare and progressive disorder that affects between one and six in every 100,000 people.

It affects people of both sexes and all ages.

In 2017, the family were given a break after a blood test detected Emily had the same hormonal levels in her system as that of a pregnant woman.

She was subsequently diagnosed with Addison’s disease.

This is a progressive disorder that occurs when a body doesn’t produce enough of certain hormones.

In Emily’s case, her adrenal disorder led to the onset of early sexual development, puberty, autism and sensory processing disorder.

Mrs Dover said her daughter was prescribed hormone replacement therapy as a way to halt her growth, which gave her early menopause.

However, the treatment was stopped as it was didn’t have any effect on her continued growth. 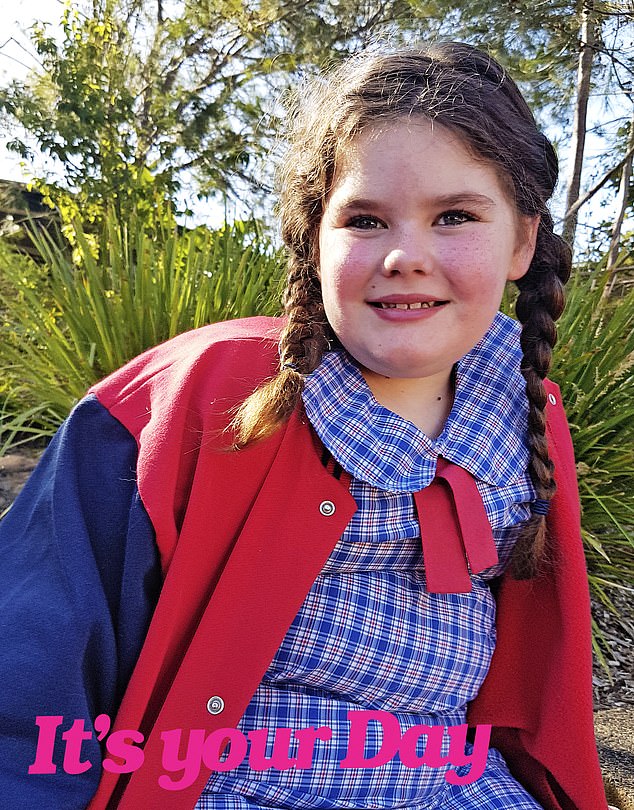 Emily, now aged seven, is at primary school and while there are times when she struggles with how she looks, her parents make the effort to constantly remind her she is a ‘beautiful girl’

The frustration of trying to find the right medication to help her child has led Mrs Dover to compare her child to a human ‘guinea pig’ – saying her daughter has endured countless tests in order to find suitable treatment.

Currently Emily isn’t receiving any medication and she continues to undergo regular DNA and genetic testing.

Looking different from others has been a struggle for Emily, who was bullied when she was younger and attending day care. 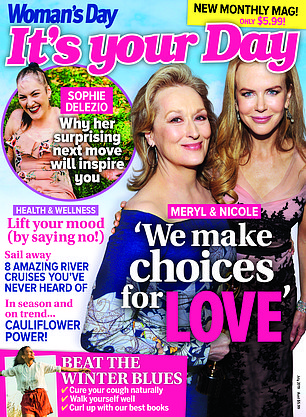 This story, and others like it, can be found in the latest edition of It’s Your Day

And while there were concerns she would find this hard, the youngster, who towers over others her same age, hasn’t let her differences define her and in fact, her mother reveals, her school life is filled with friends and hobbies.

Her parents said it can be heartbreaking when their child asks about her body, but rather than focus on this negatively, they remind Emily that she’s a ‘beautiful girl with a heart of gold’.

‘Sometimes she asks why she has a tummy and why her boobs are so big and we tell her that she is our special little girl and that everyone is different and unique in their own way and that is OK,’ Mrs Dover said.

The family are all to aware they are dealing with an unknown situation, although can proudly reveal a new sibling is on the way – something Emily couldn’t be more excited about.

Their child’s resilience to all she has endured continues to be an inspiration for the family, and although there have been tough times, this has never been a burden.

Her mother proudly states that Emily is loving and caring, and she’d happily have ‘another 10 of her if I could’.