Meryl Streep is sellingher New York City penthouse for $18.25 million — a 26% discount from her original asking price, according to Sotheby’s International Realty.

The 4,000-square-foot Tribeca home was originallylisted for $24.6 million in August 2018 and later discounted to $19.75 million. Juliette Janssens and Allison Koffman of Sotheby’s International Realty hold the listing.

Here’s a look inside the four-bedroom Manhattan apartment.

Meryl Streep is selling her New York City penthouse for $18.25 million — a 26% discount from its original asking price. 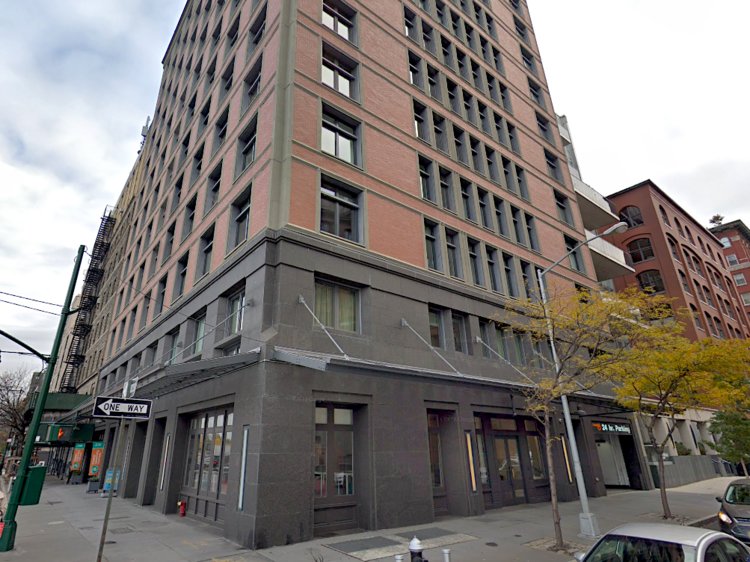 The Manhattan home was originallylisted for $24.6 million in August 2018 and later discounted to $19.75 million.

Streep’s penthouse sits at the top of River Lofts tower on Laight Street in Tribeca, wherea private keyed elevator in the lobby leads directly to a private vestibule in the penthouse.

The building also has a fitness center, a 24-hour doorman, a bicycle room, a garden, and an on-site garage, according to the listing.

Tribeca’s 10007 is the richest ZIP code in New York City, according to Bloomberg. 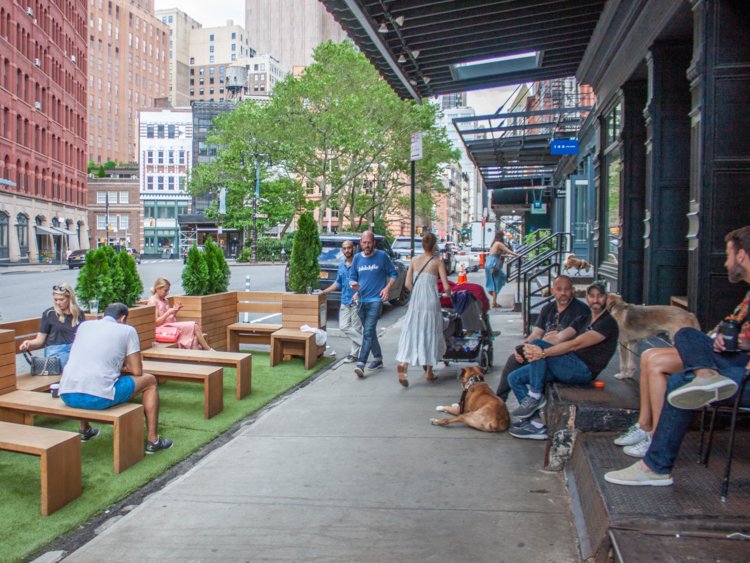 A Forbes estimate puts Streep’s net worth at $10 million.

The skylit entryway to Streep’s apartment opens up to several shared spaces. 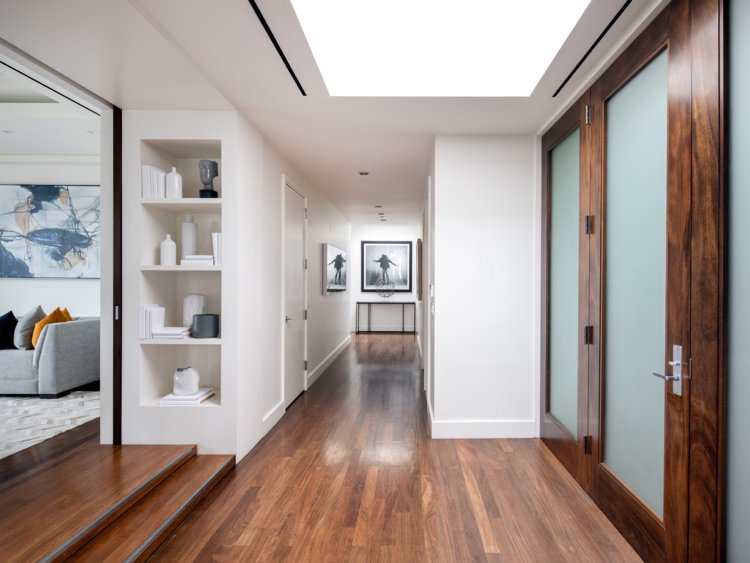 The penthouse hasBrazilian walnut hardwood floors and a central audio system throughout. 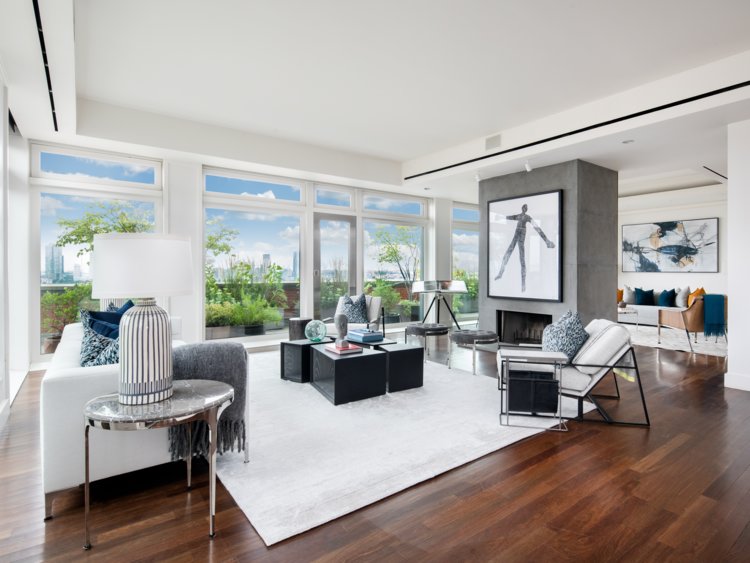 A media room on one side of the living area includes a built-in, wall-mounted television and can be separated from the rest of the space by pocket doors. 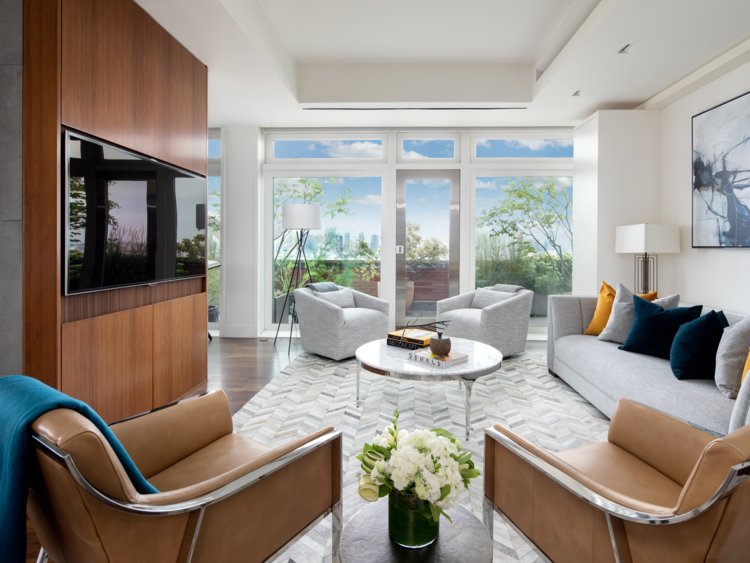 The kitchen features a butcher-block center island, a Sub-Zero refrigerator, two ovens, a six-burner cooktop from Miele, and a Bosch dishwasher. 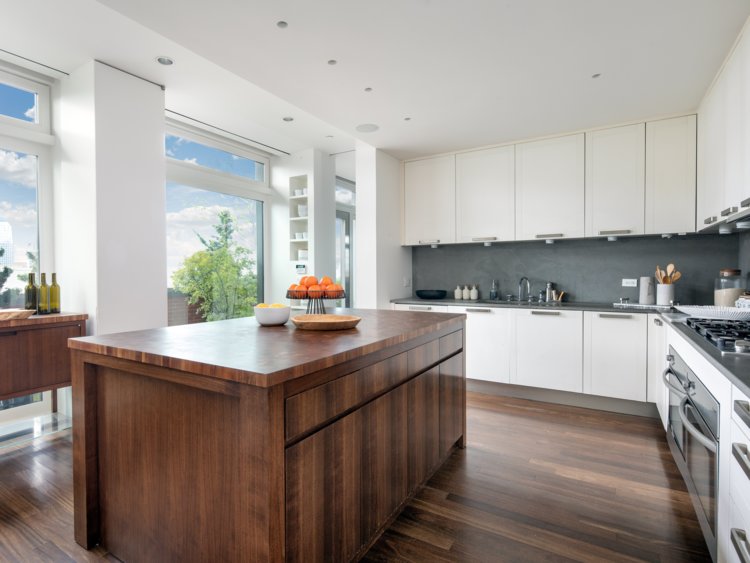 It opens up toan outdoor kitchen on the terrace with a built-in gas grill and an al fresco dining area.

A dining table on one end of the open-plan living space can seat at least six people. 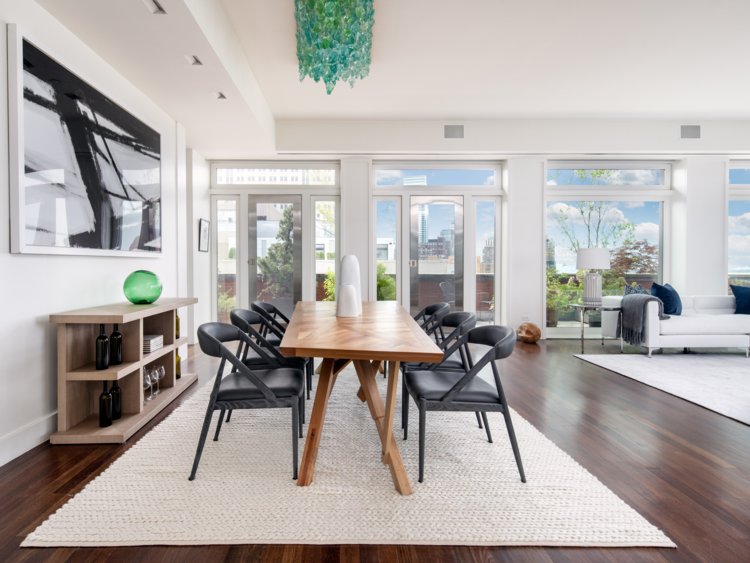 A study with a built-in desk and shelving occupies one corner of the apartment. 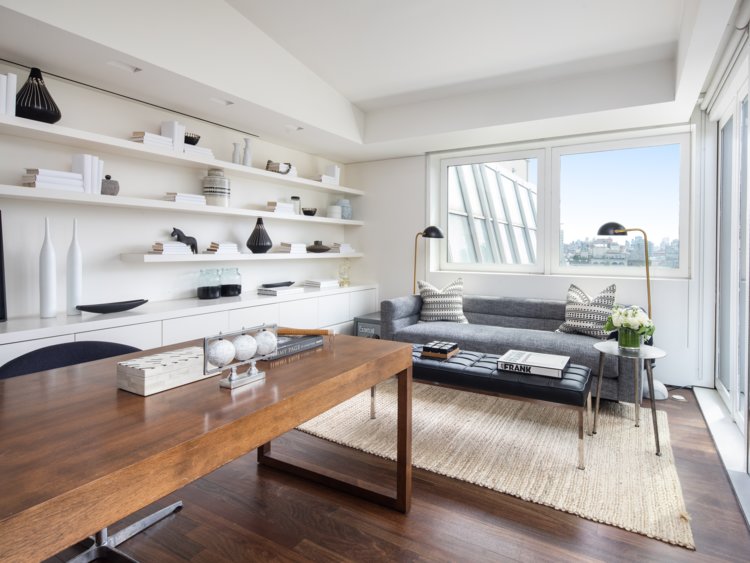 Sotheby’s could not release photos of the penthouse’s four bedrooms, which include a master suite and three guest bedrooms, but they can be seen in thelisting.

The home has four full bathrooms and one half-bathroom.

A 10-foot-wide landscaped terrace wraps around three sides of the apartment. 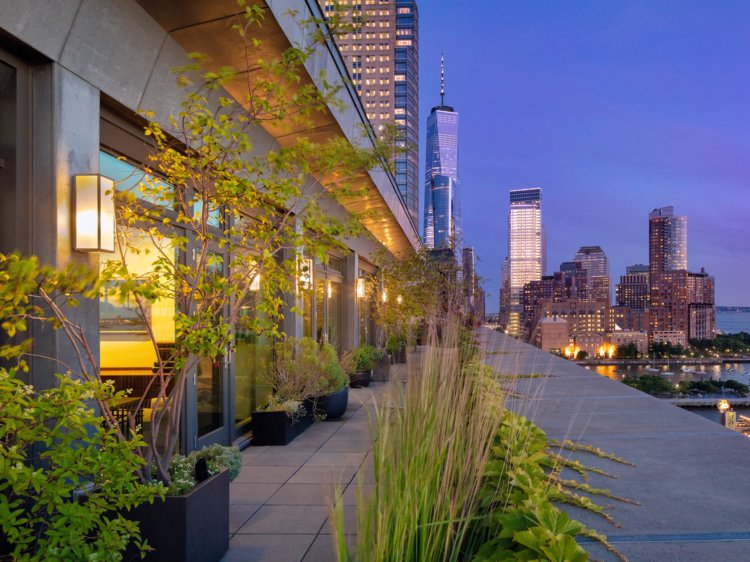 The penthouse’s panoramic views include the Hudson River, One World Trade Center, and the Empire State Building. 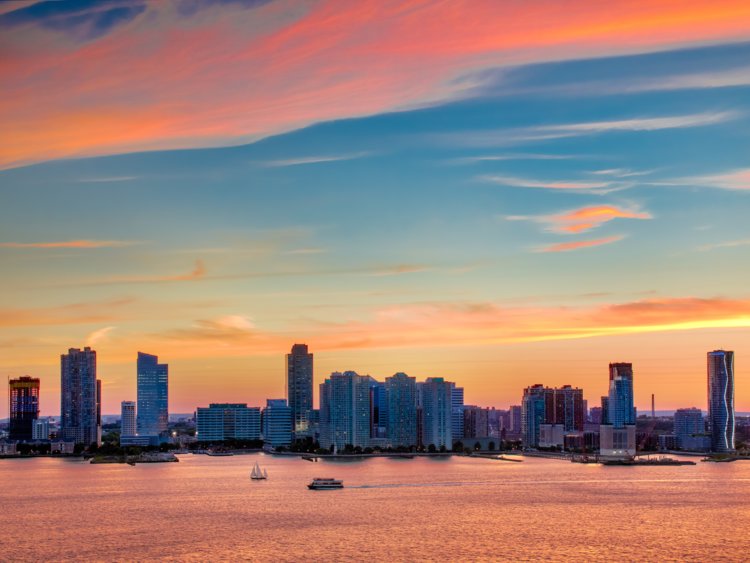 Streep and her husband have owned the Tribeca penthouse for 13 years. They bought it for $10.13 million in 2006. 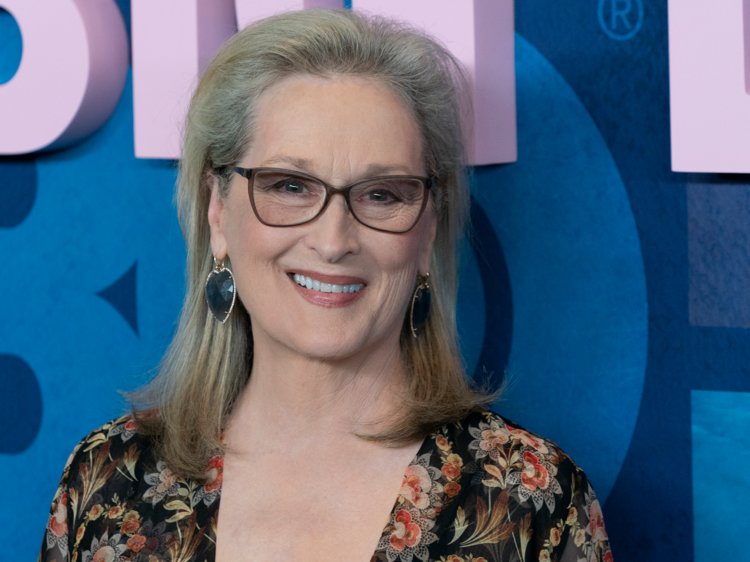 “I have gardened under the stars on hot days, and sat by the cozy fire while the snow piled up on the terrace,” Streep said ina statement to The Wall Street Journal. “This has been a great home for us, and I hope another family can now enjoy it as much as we have.”

According to the Journal, Streep and her husband are selling the penthouse because they’re moving to California.

SEE ALSO:I spent an afternoon in NYC's richest ZIP code, where celebs live in a 'paparazzi-proof' building and the average income is $879,000. Here's what the trendy neighborhood looks like.

DON'T MISS:The Beverly Hills estate that Jennifer Aniston and Brad Pitt spent 3 years renovating before their divorce is for sale for $49 million. Here's a look inside the 4-bedroom home.