Meghan’s new favourite British brand was founded by a mother-of-two who wants to make women ‘feel their best’ – and Gigi, Kylie and Holly are also fans

Meghan appears to have a new favourite designer – in the form of little-known British brand Safiyaa.

The Duchess of Sussex, 37, dazzled in a £895 sequin top and £850 black maxi skirt by the label at the Royal Variety Performance last night, after previously wearing a £1,095 blue cape dress by the brand at a black-tie dinner in Fiji last night.

Safiyaa was set up by German-born designer Daniela Karnuts back in 2011 and quickly attracted celebrity fans including Gigi Hadid, Kylie Jenner, and Holly Willoughby.

Daniela, who named the brand after her daughter, explains how the brand aims to make women ‘feel their best’, and her desire to be the Savile Row for dressers. 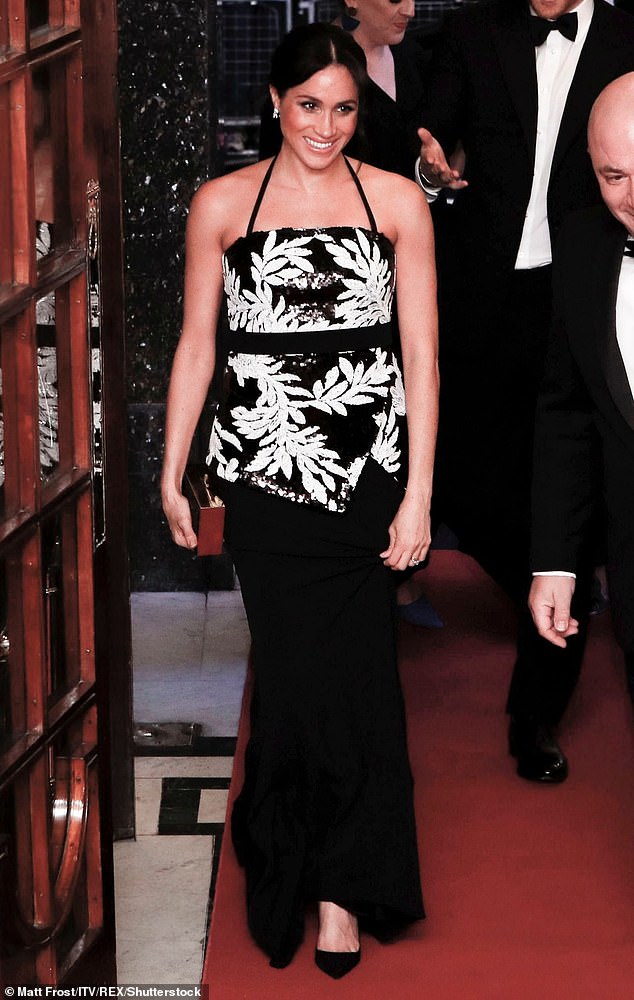 Meghan, 37, dazzled in a £895 sequin top and £850 black maxi skirt by Safiyaa at the Royal Variety Performance last night 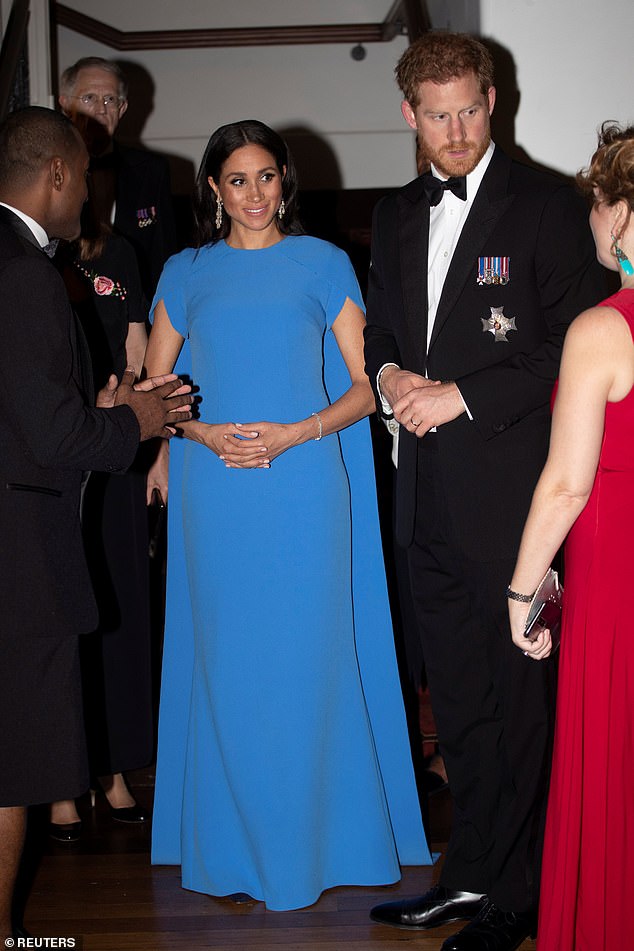 The Duchess of Sussex previously wearing a £1,095 blue cape dress by the brand at a black-tie dinner with Prince Harry in Fiji last night

Writing on her website, Daniela says: ‘Just as I want to buy things made with care and love, Safiyaa is committed to putting care and love into creating each garment, alongside the same compassion for each woman wearing it to be feeling her best.’

The designer, who now lives in London with her husband and two children, set up the website after struggling to find sophisticated outfits she wanted to wear in her job in fashion media.

She began envying the ability that men have to go Savile Row and get a custom-made suit.

‘In a world of fast fashion and conform trends, Safiyaa stands for timeless elegance and products that are lovingly hand stitched piece by piece,’ she writes. 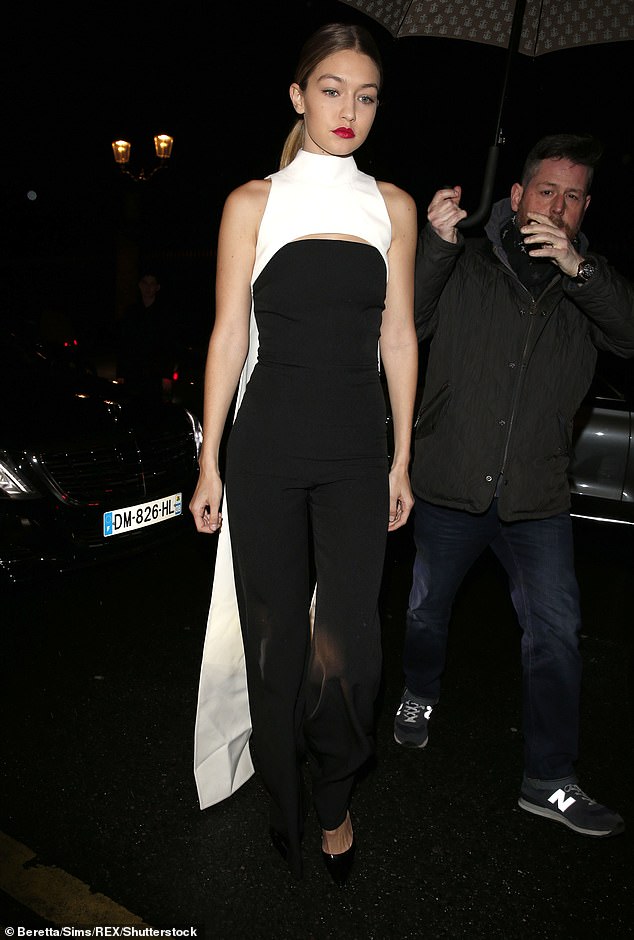 Kendall Jenner wore a white maxi dress by the label in 2015 (left), featuring a daring thigh high split. Holly Willoughby wore a custom-made jumpsuit featuring a cape at the Glamour Women of the Year Awards in June 2016 (right) 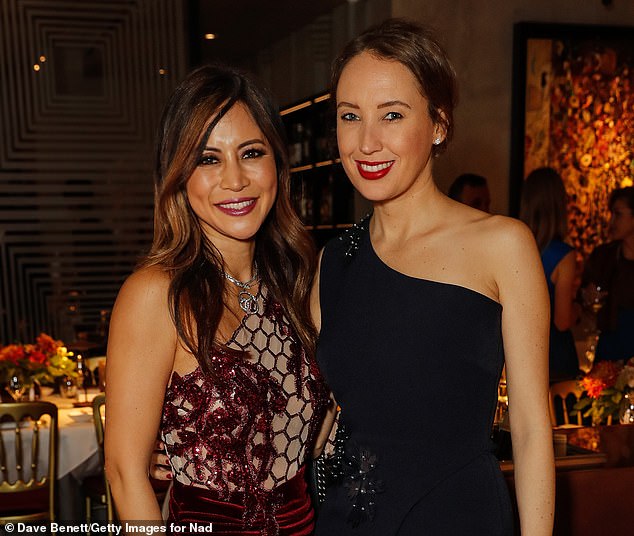 Safiyaa was set up by German-born designer Daniela Karnuts (right, at a gala dinner earlier this month) back in 2011, and named the brand after her daughter

‘With a focus on bespoke requests, it is the idea of our brand becoming for dresses what Savile Row is for suits.’

On its website, the brand describes how it ‘celebrates femininity’, creating ‘signature feminine tailoring’ as well as elegant eveningwear.

The brand also shared pictures of the Duchess wearing its Ginkgo Caped Dress in blue at a black-dinner in Fiji last month, during Meghan and Harry’s royal tour.

Other celebrities who have worn the label in the past include actresses Emma Roberts and Gillian Anderson, along with singer Nicole Scherzinger.

Kate Winslet was one of the first high-profile celebrities to wear Safiyaa, donning a red dress by the label at a premiere back in 2014. 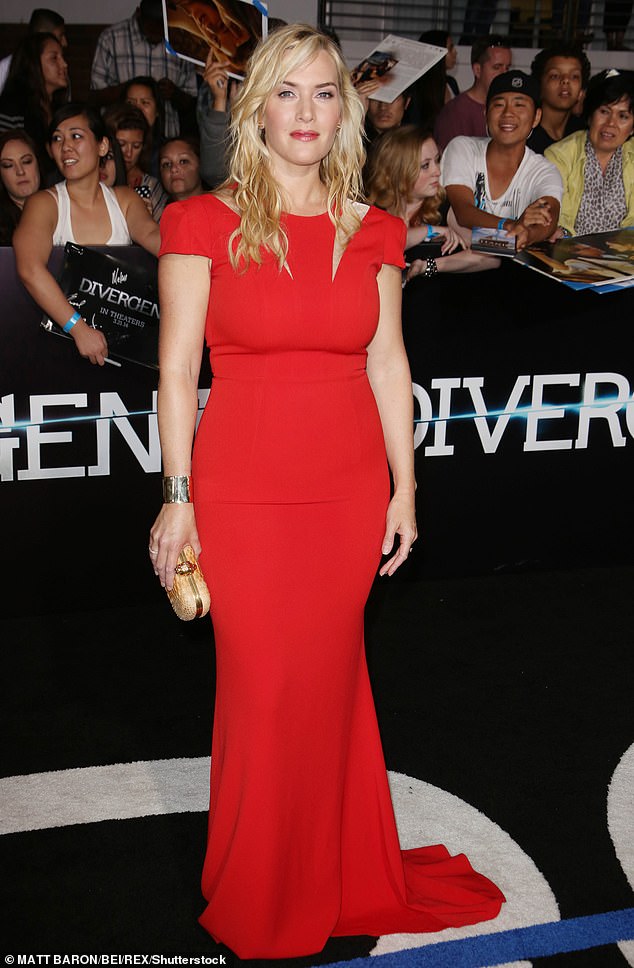 Kate Winslet was one of the first high-profile celebrities to wear Safiyaa, donning a red dress by the label at a premiere back in 2014

Emma Roberts wore a flowing gown by Safiyaa at the Vanity Fair Oscar Party in 2016 (left). Gillian Anderson wore a white pencil dress by the brand at a pre-BAFTA party In London last year (right) 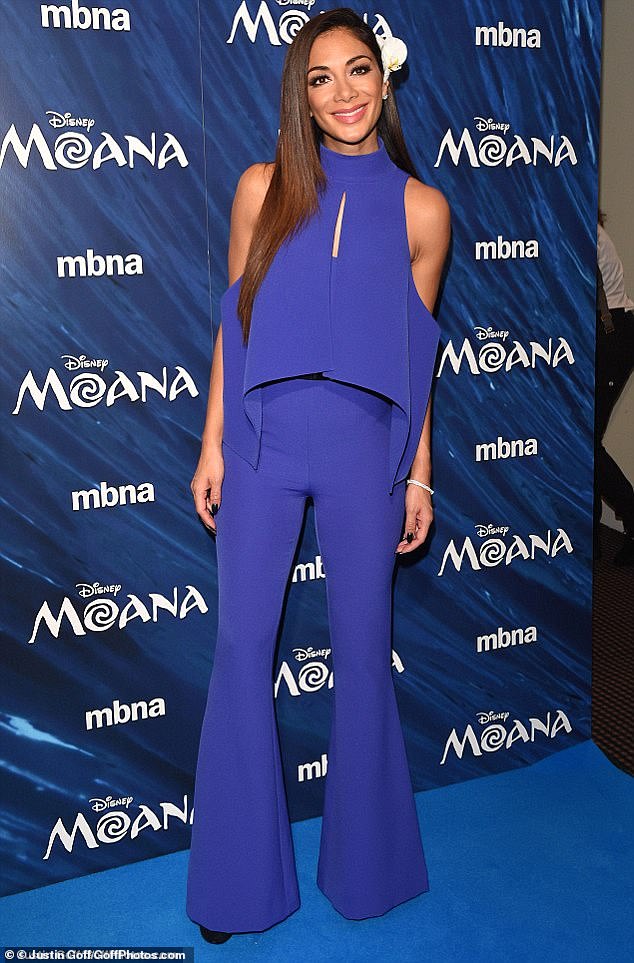