Fox Nation looks at the true story of Thanksgiving

They’re as free as a bird.

A pair of turkeys from Iowa have flown the coop back to the Cornhusker State after being reprieved by President Trump during the traditional Thanksgiving turkey pardon ceremony at the White House on Tuesday. 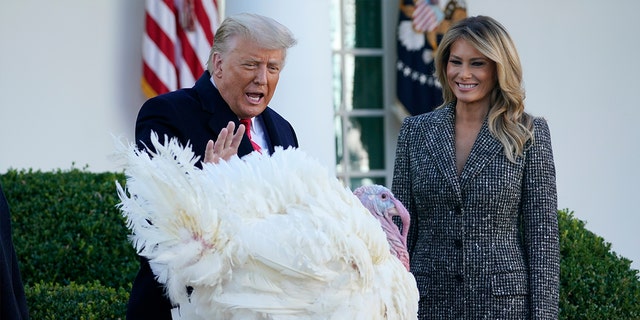 Corn and Cob gobbled and wobbled across a red carpet into the Willard InterContinental Hotel in Washington, D.C. over the weekend for a stay at the luxury hotel before the annual Rose Garden ceremony. The turkeys pecked around the sawdust-covered floors and kicked back on their beds for a classic photo op on Monday, The Associated Press reports. 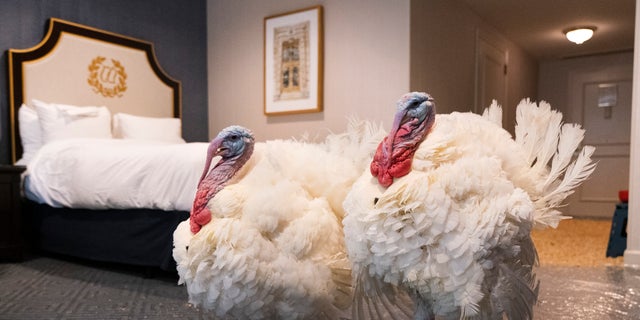 Corn and Cob strut their stuff inside their hotel room at the Willard Hotel on Nov. 23. (AP Photo/Jacquelyn Martin)

Born in July, Corn and Cob were raised by Ron Kardel of Walcott, a sixth-generation farmer and chair of the National Turkey Federation, the White House said in a statement. 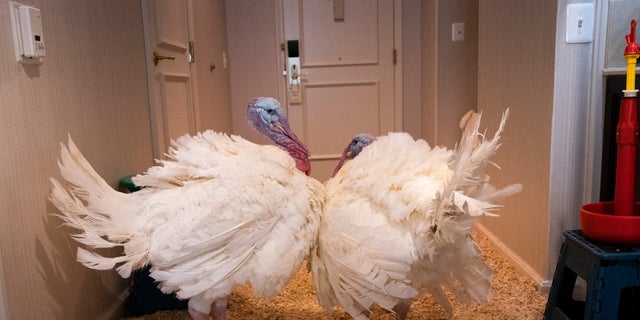 The turkeys were raised by Ron Kardel of Walcott, Iowa, a sixth-generation farmer and chair of the National Turkey Federation. (AP Photo/Jacquelyn Martin)

After a "close" contest on social media in a competition organized by the White House, voters selected the 42-pound Corn as the official, national Thanksgiving turkey. The now-famous fowl has a 35-inch wingspan, a "chatty" personality and loves to snack on sweet corn, per the release. Cob’s feathers didn’t appear to be ruffled by the loss, and the bird acted as alternate. 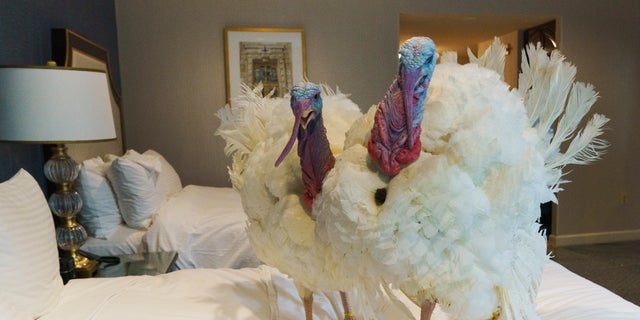 The turkeys pecked around the sawdust-covered floors and kicked back on their hotel beds for a classic photo op on Monday. (AP Photo/Jacquelyn Martin)

Now, Corn and Cob will live out the rest of their days in a new home on the campus of Iowa State University, in the care of the animal science and veterinary medicine department. The turkeys will welcome visitors and invite the public to learn about the university’s animal science programs, according to the National Turkey Federation.

The practice of sending a turkey to a farm became tradition under President Ronald Reagan, while President George H.W. Bush established the annual turkey pardon in 1989 by sparing a 50-pound bird.