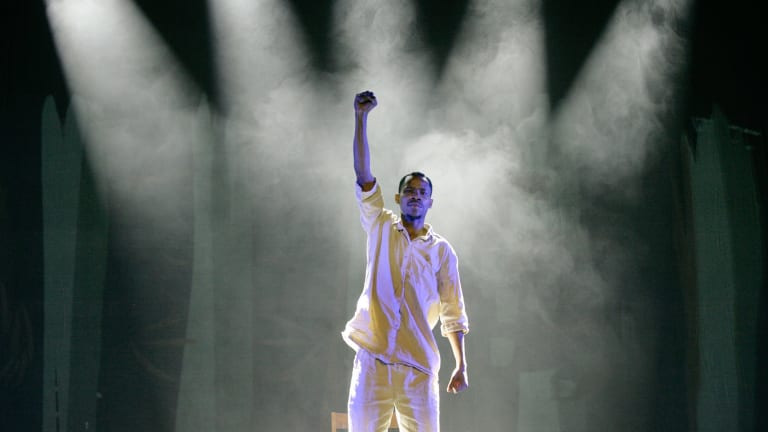 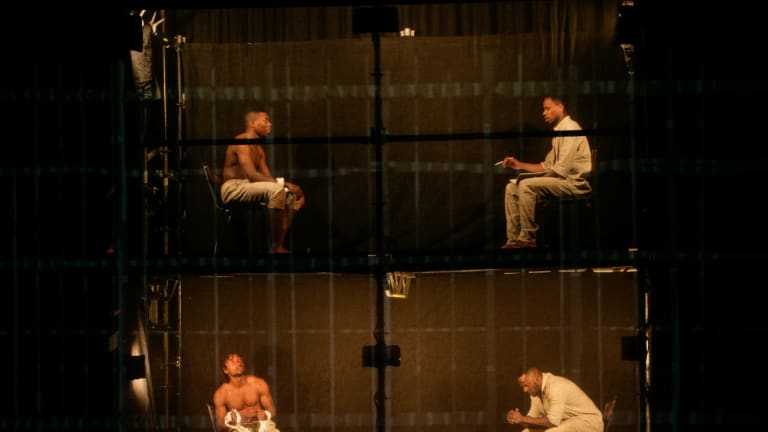 Nelson Mandela's is one of the great triumph-over-adversity stories. Jailed for 27 years by a regime bereft of morality, he maintained his courage, stoicism and honour, and eventually led his people out of the hell of apartheid. That story deserves better than this hot-and-cold musical.

The show's strengths make its failing all the more frustrating. Given that its creators nailed aspects of the narrative, characterisations, music and performances, how could such massive lapses in aesthetic, theatrical and musical instincts survive?

Originally penned in French by Jean-Pierre Hadida​ (music/lyrics/book), Alicia Sebrien​ (book) and Lunik Grio​ (raps), this English translation was devised by Dylan Hadida​ and the show's local director, Dennis Watkins. It begins with Ahe Mandela (separately composed by Emmanuelle​ Sebrien​), a song so dire you'd think South African music had had its heart removed by an amateur surgeon, leaving an overwrought, asinine, contrived and bloody mess.

But, having survived that horror, Madiba​ instantly improves to a barely plausible extent. The characterisation of Mandela and Perci​ Moeketsi's​ performance are so convincing and compelling that, against the odds, you are sucked into the story. Moeketsi​ reproduces Mandela's voice with uncanny accuracy, and makes credible the combination of humility and nobility that defined the man. Some of Mandela's oratory is included, and inspires afresh. 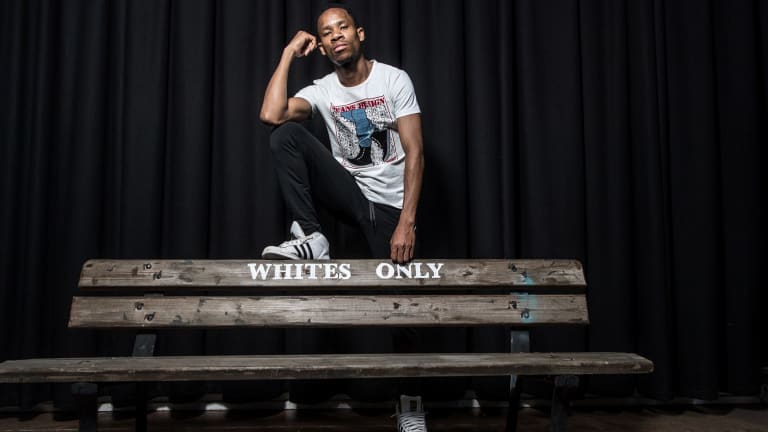 Perci Moeketsi, who is playing Nelson Mandela in the musical Madiba.Credit:Justin McManus

Yet the show continues to seesaw in quality of narrative and especially music. The lameness of Take a Look, for instance, sung by Winnie Mandela (Ruva​ Ngwenya​), begs the question of why Hadida​ didn't draw exclusively on South African idioms, if the alternative was to resort to musical theatre's worst ones. When he does do so, not only does Madiba​ lift, the songs feel more intrinsic to the story.

Another saving grace is David Denis's performance as the narrator, a figure that arguably should be redundant if the story-telling was sharpened, but, nonetheless, his engaging raps (and slick dance moves) help compress half a century of history into 130 minutes. Meanwhile, the singing of Ngwenya​, Blake Erickson, Tim Omaji​ and Tarisai​ Vushe​ routinely exceeds the quality of the songs.

Intimate in scale (the music played by just a trio under Michael Tyack​), the show seems at odds with the State Theatre's grandeur, and, were the worst songs cut, may well thrive in a smaller space, even down to the Hayes Theatre's size.