Meghan the muse! Jeweller Shaun Leane reveals he now designs collections with the Duchess in mind – after the royal prompted his £225 A-list approved Talon earrings to sell out

Jeweller Shuan Lean has revealed how the Duchess of Sussex has become his muse when designing his collections, after she championed his edgy talon earrings.

Speaking to People magazine, the London-based creative, 49, said that Meghan is ‘the woman I have in my mind when I design.

Meghan has been seen several times in the £225 Yellow Gold Vermeil Talon Earrings, which were a gift from her close friend Soho House consultant Markus Anderson.

The style had already been given the A-list seal of approval after being worn by Kendall Jenner, Cara Delevingne and Emma Watson.

But after being worn by the Duchess the earrings have sold out in all four materials – rose gold, yellow gold, silver and black rhodium. 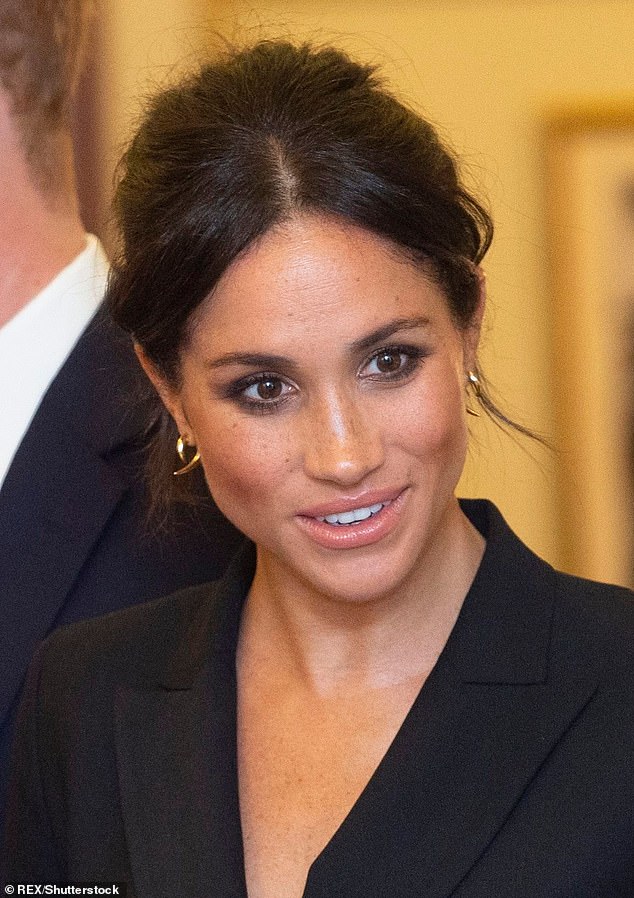 The Duchess of Sussex wearing her Shaun Leane yellow gold Talon earrings, which have now sold out after being championed by royalty 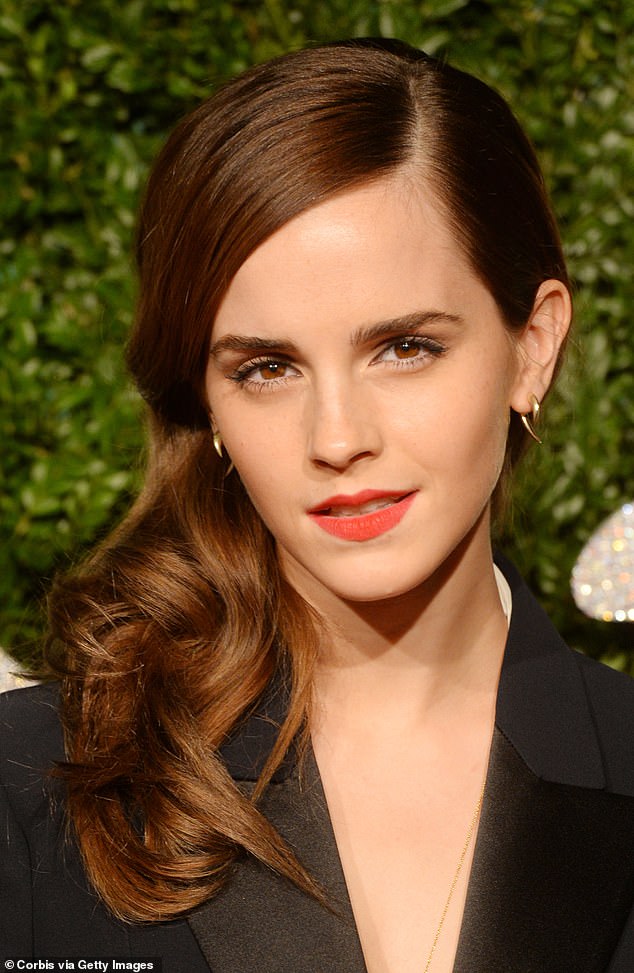 Emma Watson, pictured at the British Fashion Awards in 2014, wearing the talon earrings. Although they were already a favourite with celebrities, Meghan’s seal of approval have taken demand to ‘another level’

And Shaun himself admits that the seal of approval from the Duchess is an endorsement on ‘another level’ to any other celebrity.

‘I’ve dressed a lot of people, but the effect of dressing someone like Meghan is unbelievable,’ he said.

‘It opens you up to a whole new demographic because she is on the global stage.’

Meghan was first spotted wearing the earrings to a concert celebrating the Queen’s 92nd birthday at the Royal Albert Hall in April, within days of receiving them as a gift. 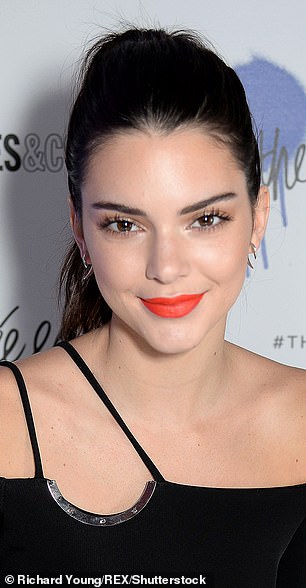 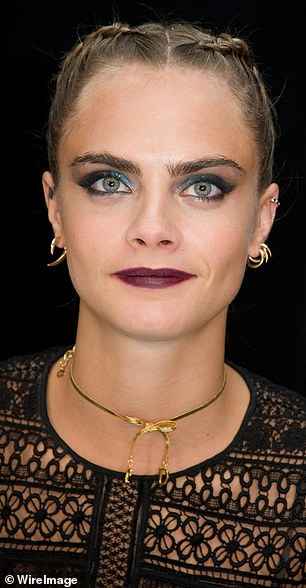 The edgy style has previously been worn by Kendall Jenner to the The Estee Edit at Selfridges, London in May 2016. Model and actress Cara Delevingne also wore a Talon in her right ear as she promoted Suicide Squad in New York in July 2016

They’ve had three further outings since then –  Charlie van Straubenzee’s wedding and a charity performance of Hamilton in August, and at the Invictus Games opening ceremony in Sydney last month.

During the high profile royal tour, Meghan also wore bracelets by Shaun, also given to her by Markus Anderson.

The earrings were inspired by Shaun’s  20-year working relationship with the late designer Alexander McQueen with both sharing a love for tribal jewelry.

It’s not the first time an accessory worn by Meghan has prompted a sell out for an independent brand. 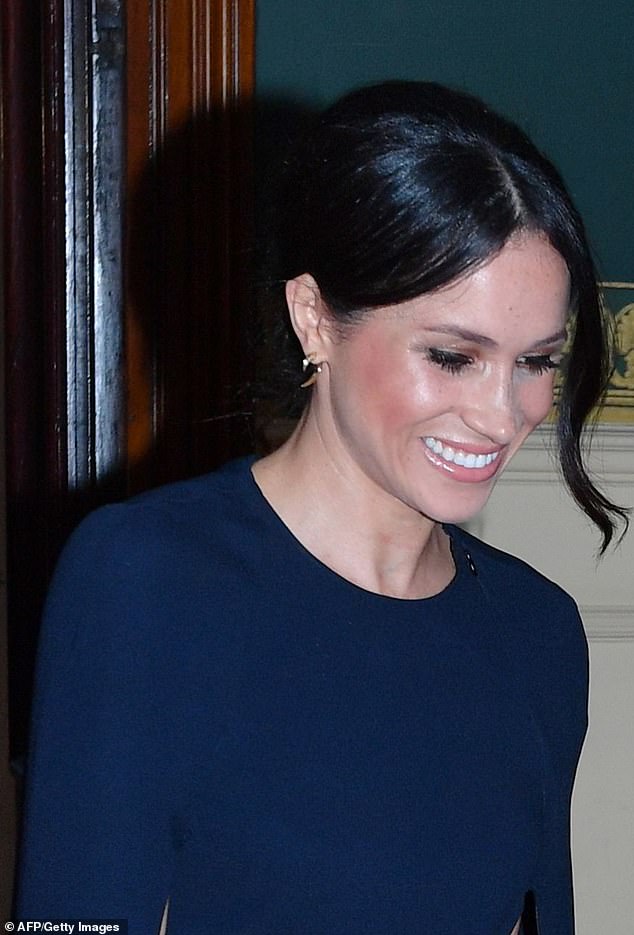 The Duchess of Sussex first wore her Shaun Leane earrings in April when she attended a concert to mark the Queen’s 92nd birthday at the Royal Albert Hall, within days of receiving them as a gift 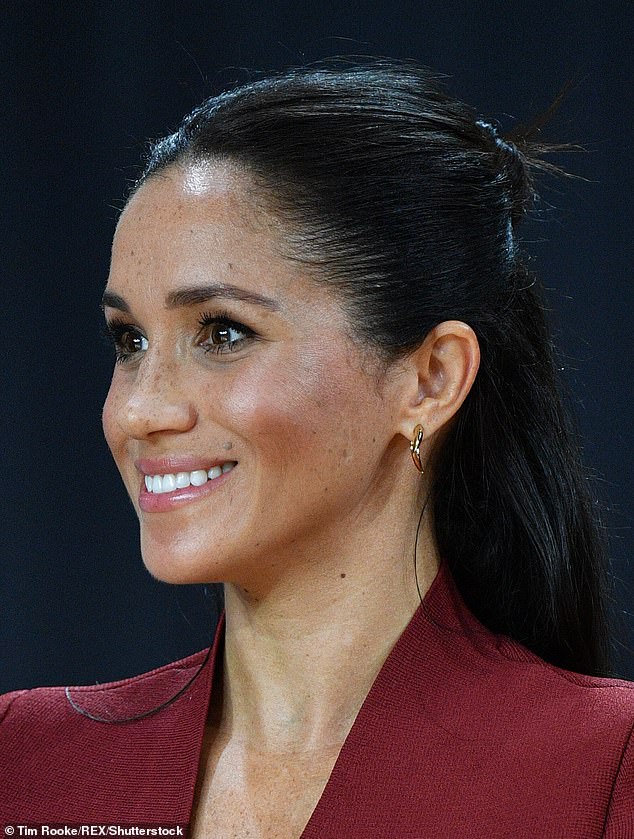 When she appeared with the £525 tri-colour Midi Tote from small Scottish brand Strathberry in Nottingham on her first outing as Harry’s fiancée, it sold out in 11 minutes and over the next few days, 3,500 shoppers signed up for stock updates.

Meghan’s second outing with a Strathberry was, rather fittingly, on her first trip to Scotland, where she chose the £425 bottle green East/West Mini for a walkabout in Edinburgh in February.

The bag sold out in minutes, while sales of other Strathberry products soared by 300 per cent and the website was inundated by frenzied shoppers.

And a tiny Welsh denim firm saw a huge rise in demand and had to recruit extra staff to fulfill demand after Megan donned £230 black Hiut jeans on a visit to Cardiff Castle with Prince Harry.